Suck is a precipitous, and seemingly endless, curved metal chute intruding into the earth like a subterranean flume. Set amidst Jupiter Artland’s woodland, the chute is surrounded by a seventeen-feet-high square cage. 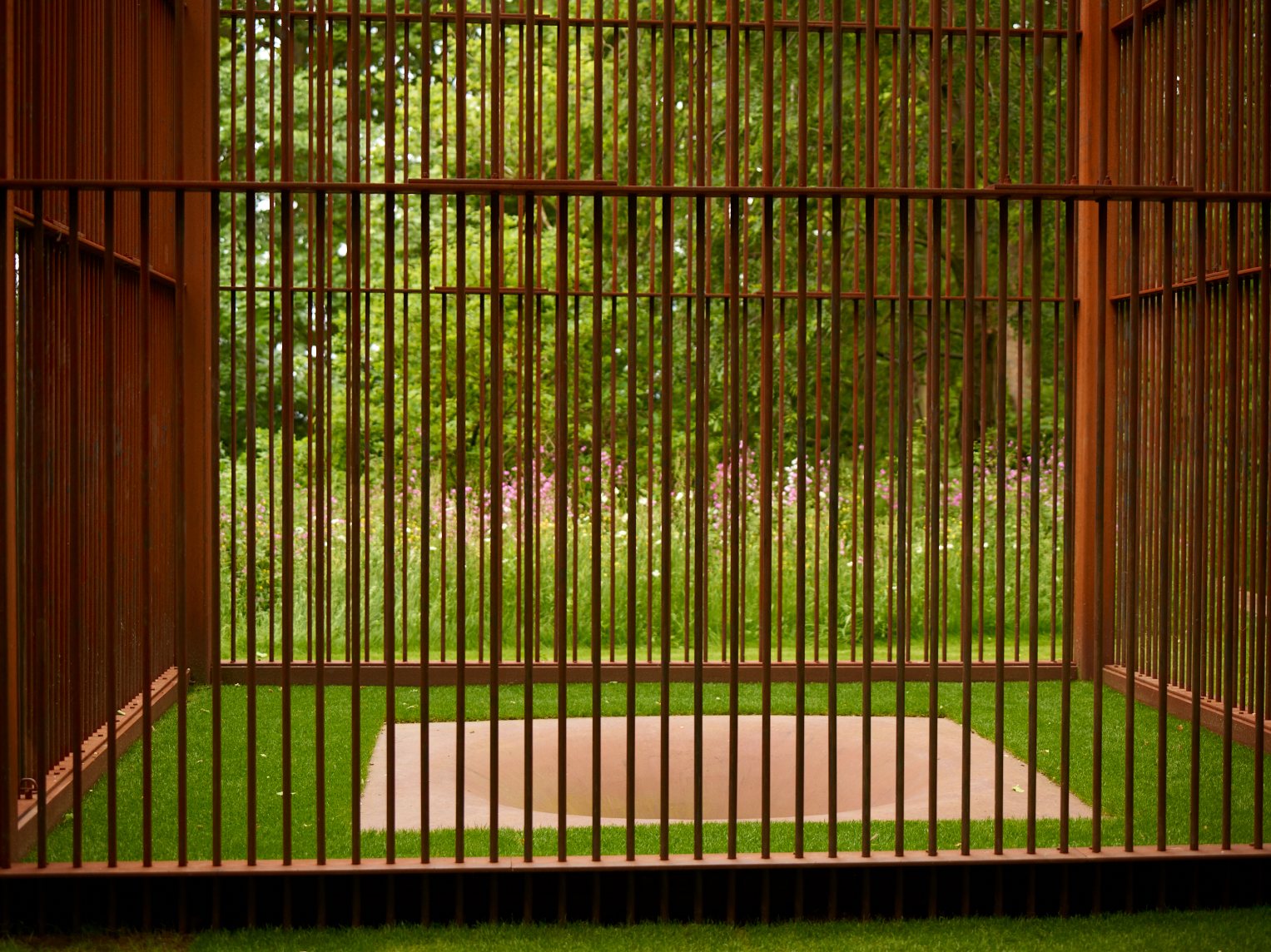 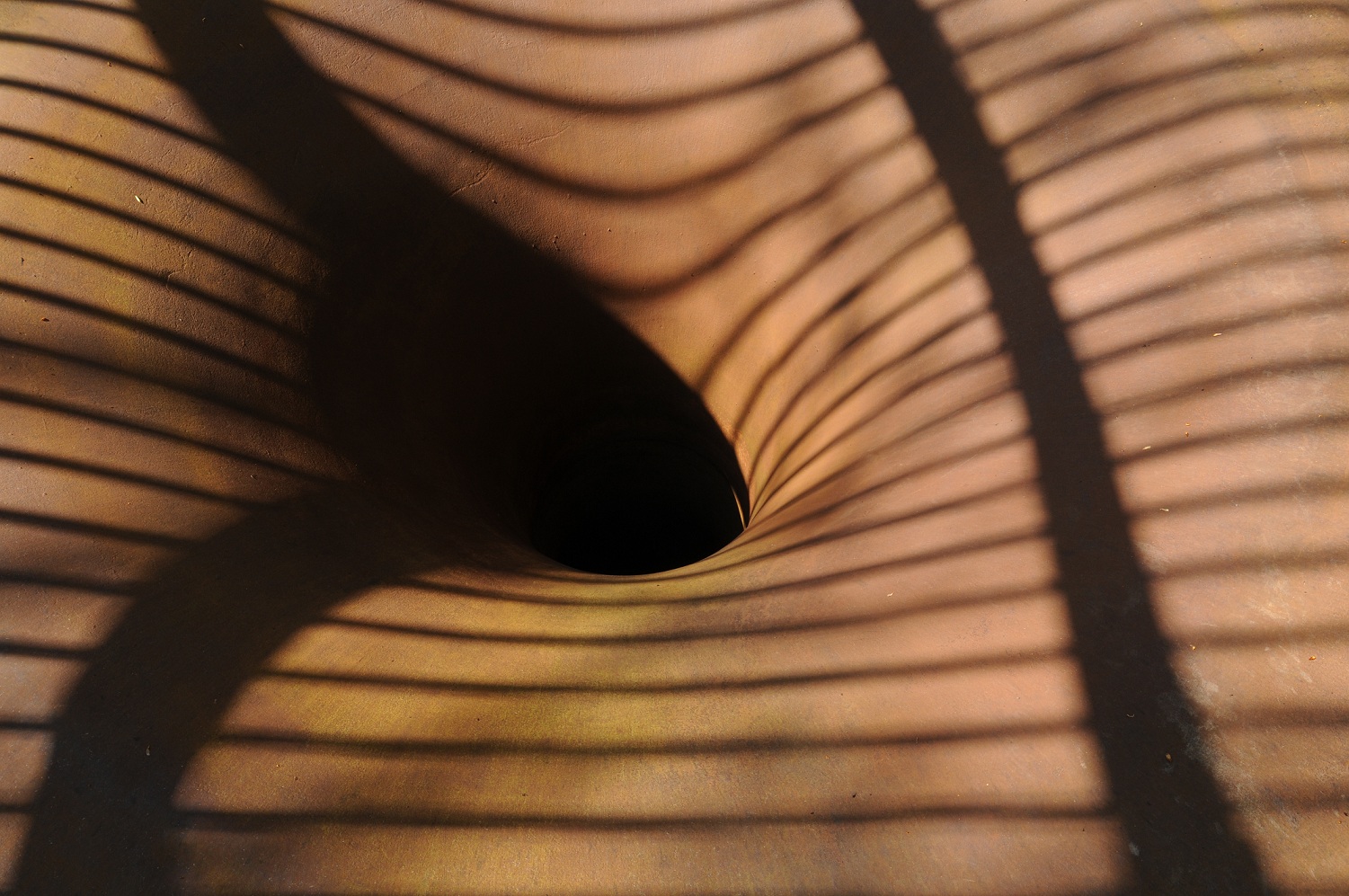 Suck‘s title is scarcely needed to evoke the association with being swallowed up or subsumed. The void descends to an infinite depth into which one is drawn, engendering a sense of dislocation and a fear of being pulled into the abyss.

In a wide-ranging discussion with the renowned philosopher Julia Kristeva, Kapoor noted that for him “a void object is not an empty object; its potential for generative possibility is ever present. It is pregnant…Emptiness becomes fullness.” But, the artist went on to suggest, this potentiality does not necessarily eliminate the sense of negation or threat that a work like Suck projects.

Anish Kapoor was born in 1954 in Mumbai, India and has lived in London since the early 70s when he studied at Hornsey College of Art and Chelsea School of Art and Design.

Over the past twenty years he has exhibited extensively in London and all over the world. His solo shows have included venues such as Kunsthalle Basel, Tate Gallery and Hayward Gallery in London, Reina Sofia in Madrid, CAPC in Bordeaux, Haus der Kunst in Munich and most recently ICA Boston and MAK Vienna. He has also participated internationally in many group shows including the Whitechapel Art Gallery, the Royal Academy and Serpentine Gallery in London, Documenta IX in Kassel, Moderna Museet in Stockholm and Jeu de Paume and Centre Georges Pompidou in Paris.

Anish Kapoor was awarded the “Premio Duemila” at the Venice Biennale in 1990, the Turner Prize Award in 1991 and was awarded an Honorary Fellowship at the London Institute in 1997 and a CBE in 2003. He is represented by the Lisson Gallery, London, Barbara Gladstone Gallery, New York and Galleria Continua and Galleria Massimo Minini, Italy.