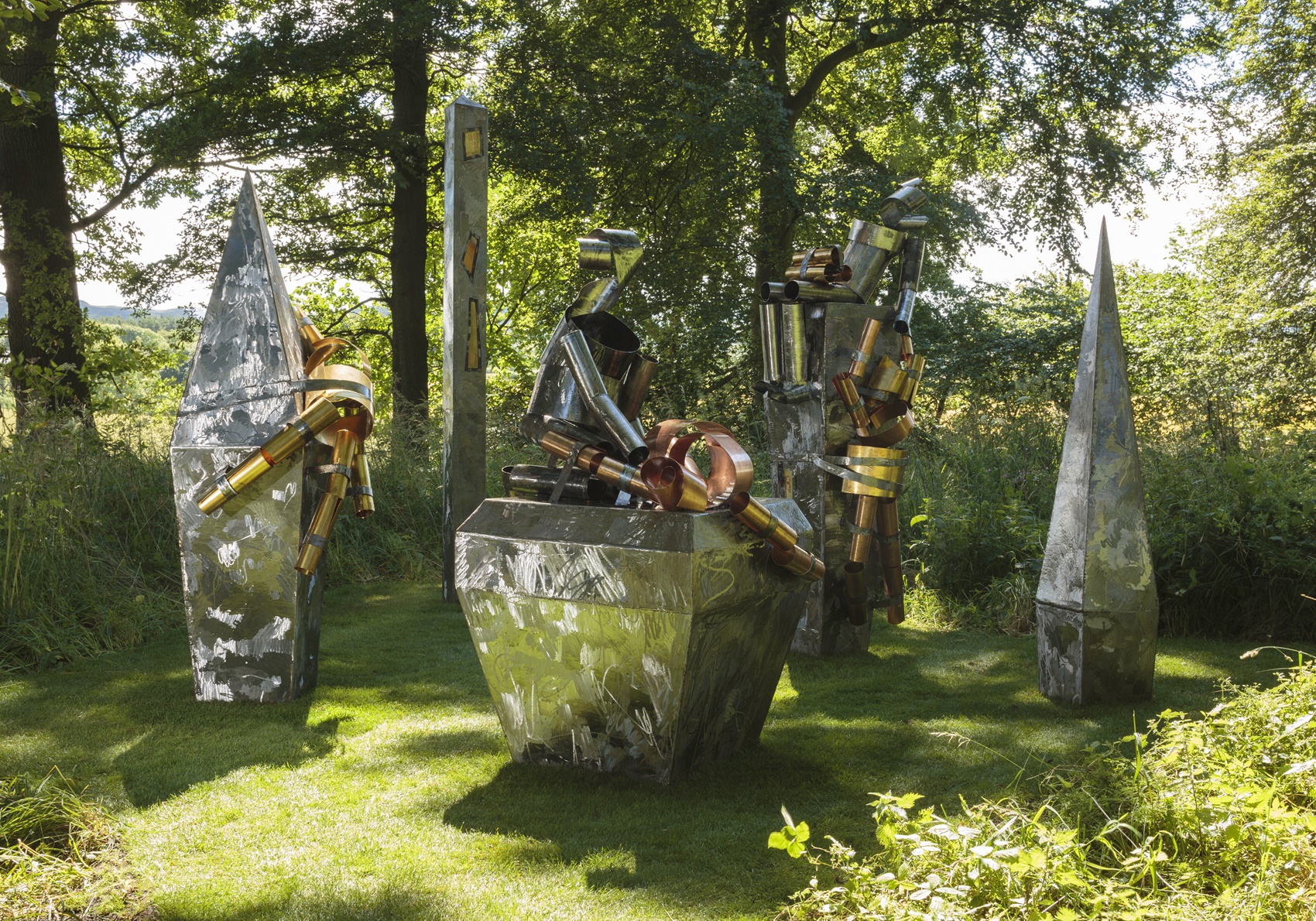 Jupiter Artland is pleased to present Cream Sacrifice, the artist’s first solo institutional exhibition in the UK as part of our annual commissioning programme to supporting emerging artists in the production of outdoor works.

Located within the tranquil woodland on the corner of the estate, the artist’s interest in ancient architecture sets the scene in which the activity reveals itself. Five structures are presented together in a formation that mimic a combination of ancient ritualistic sites such as Stonehenge, Egyptian Obelisk and Mayan Temples. The artist uses these features to anchor her understanding of codes and signs that form the basis of such rituals of ancient cultural practices. 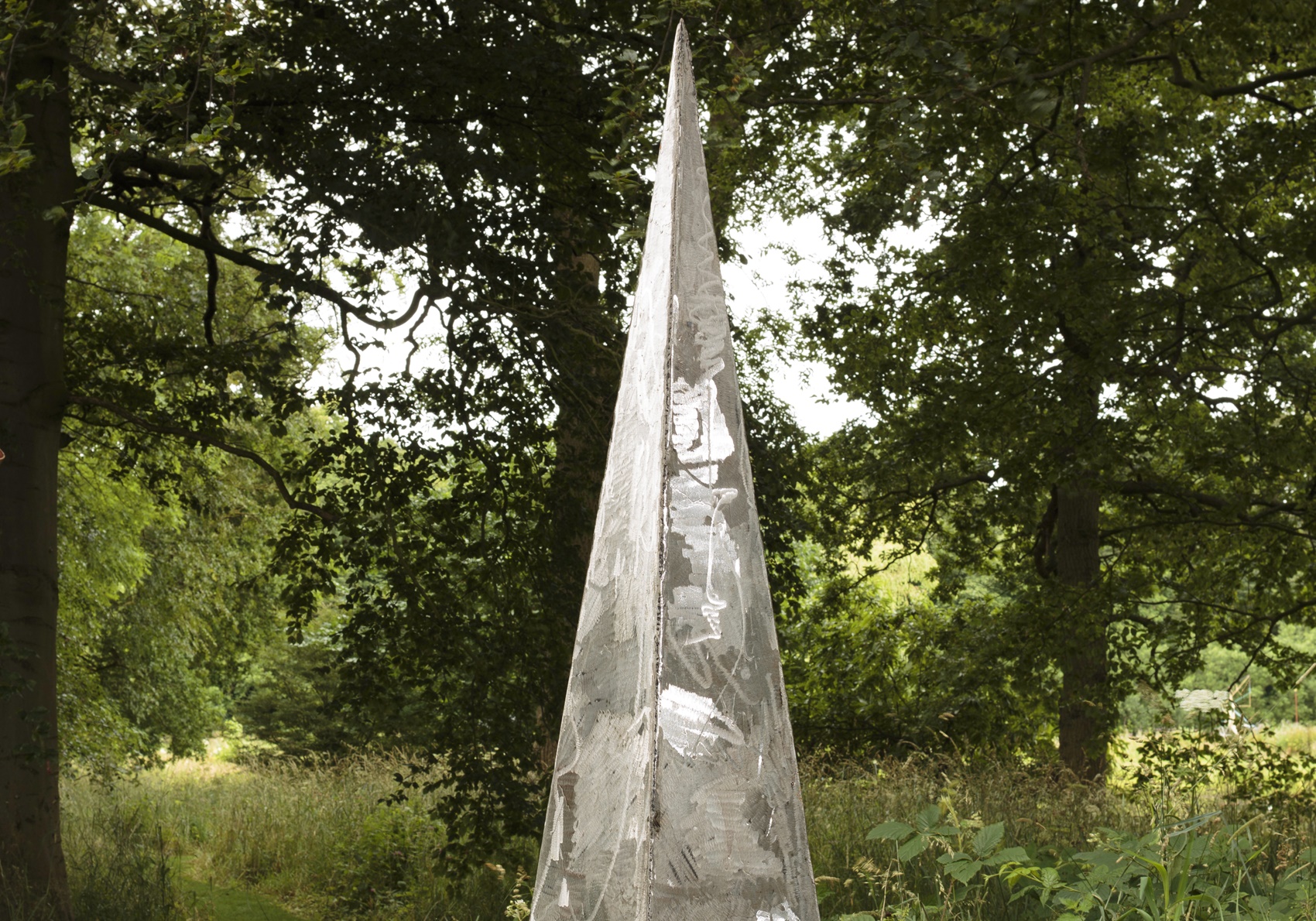 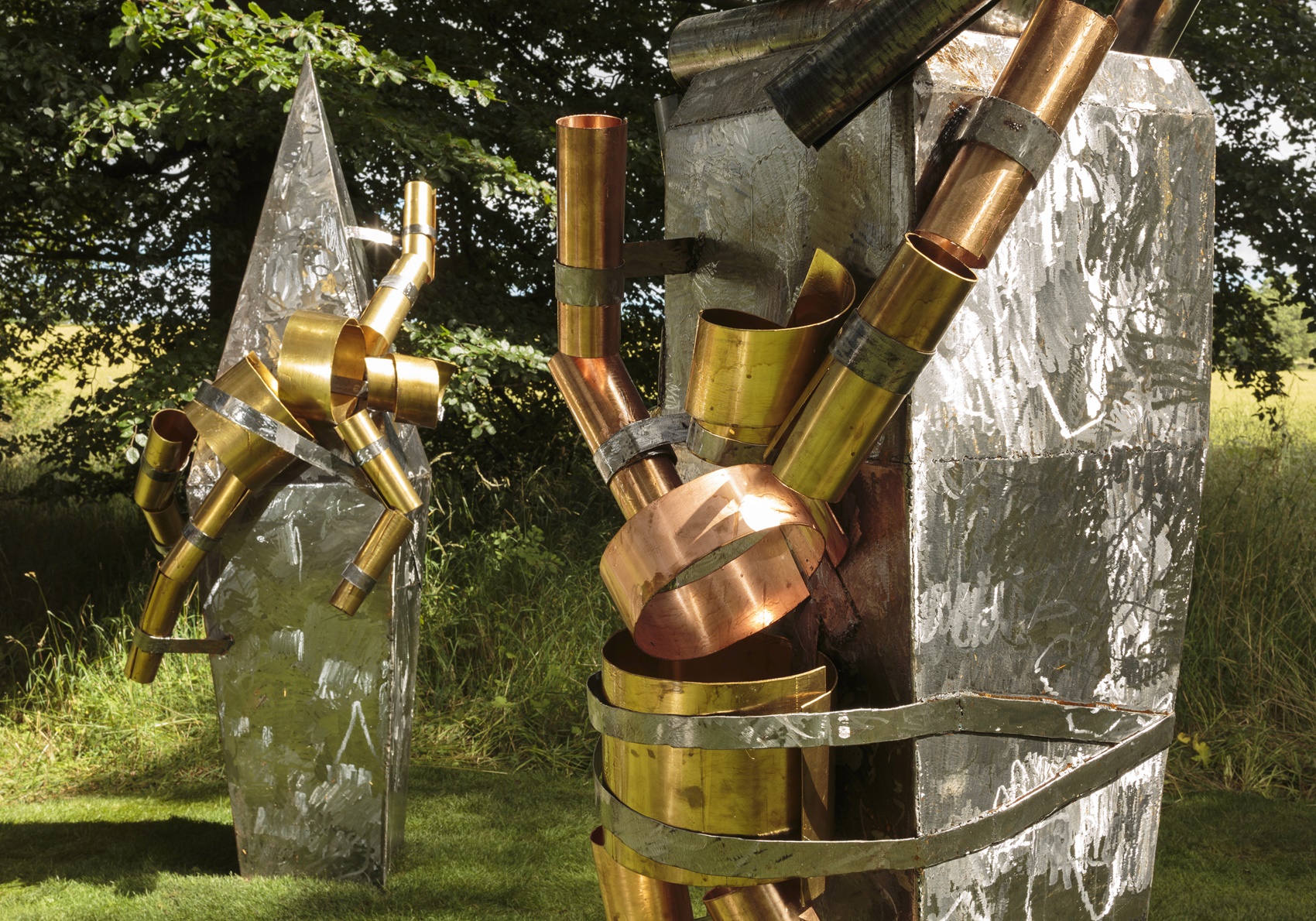 As with many of Mesquita’s sculptural tableaux the artist has created an energetic scene of life size figures, impassionedly staged, sharing emotive gestures over the unfolding chaotic event surrounding them. The artist presents sculpture that is reminiscent of Delacroix’s Liberty Leading the People and the 2nd century BC marble sculpture Winged Victory of Samothrace, which root classical forms and scenarios within the artist’s approach to raw materials such as steel and oxidized brass.

The artist’s use of materials is often varied and includes, film and performance and for the piece presented in the woodland she has combined steel, copper and brass to form these bold structures. Parts of the metal work are bent into a curl which the artist likens to crème chantilly.

Mesquita’s collection of references are combined with several characters. Some are staged on top of the objects engaged in a sexual act, while others clamber in a zombie like rage frantically tearing at limbs. Mesquita continues to express the dramatic gestures with harsh metal surfaces inscribed and scored resembling the fall out of a post inferno incident where objects lay scorched and distorted.