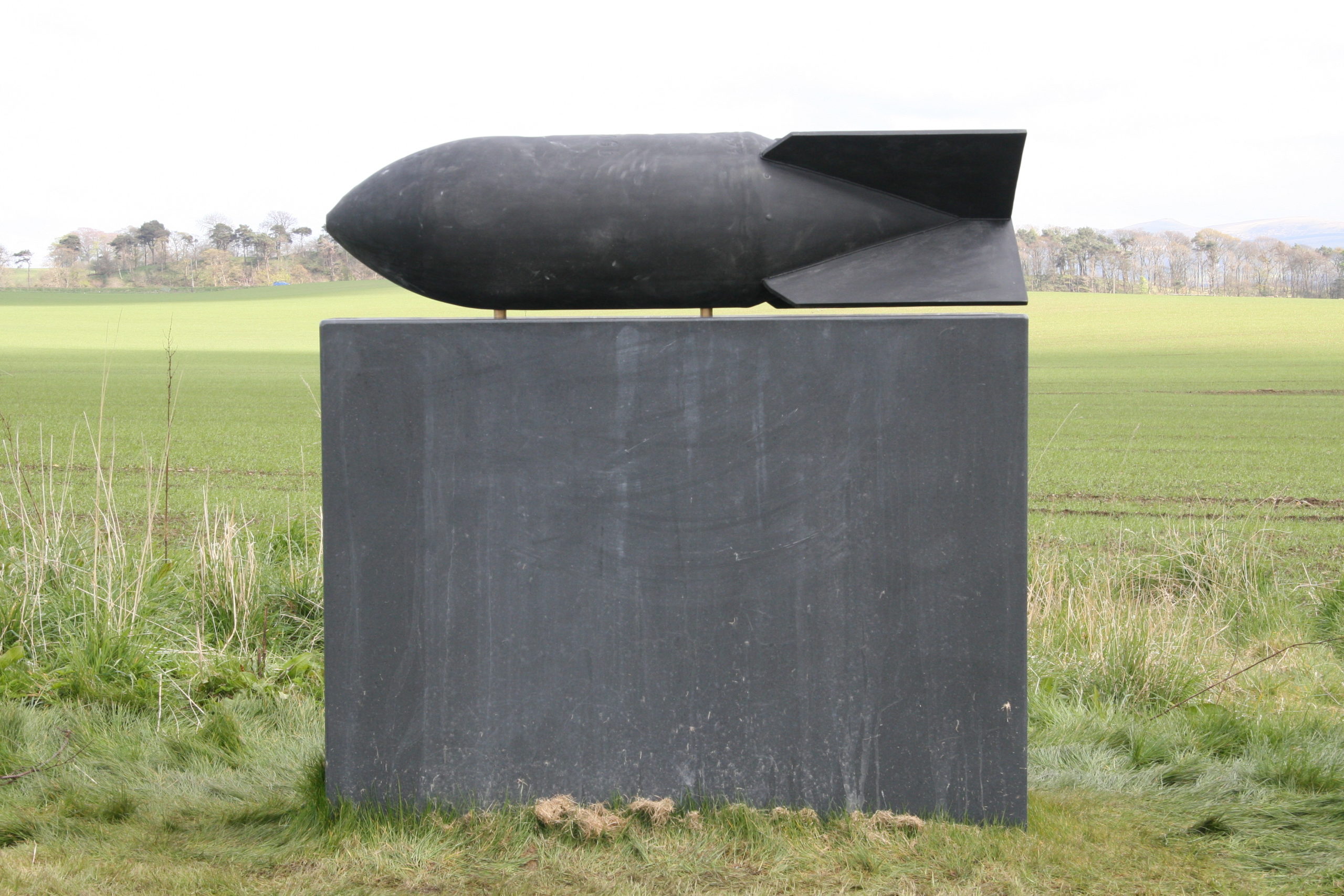 Hare Hill is an exact replica of the type of bomb carried by the German Junkers Ju 88 plane during the Second World War. The bomb is cast in rubber and sits on a black granite plinth in a gap in Jupiter Artland’s boundary wall. Mounted on the boundary wall nearby is a bronze cast of a model Junkers Ju 88. 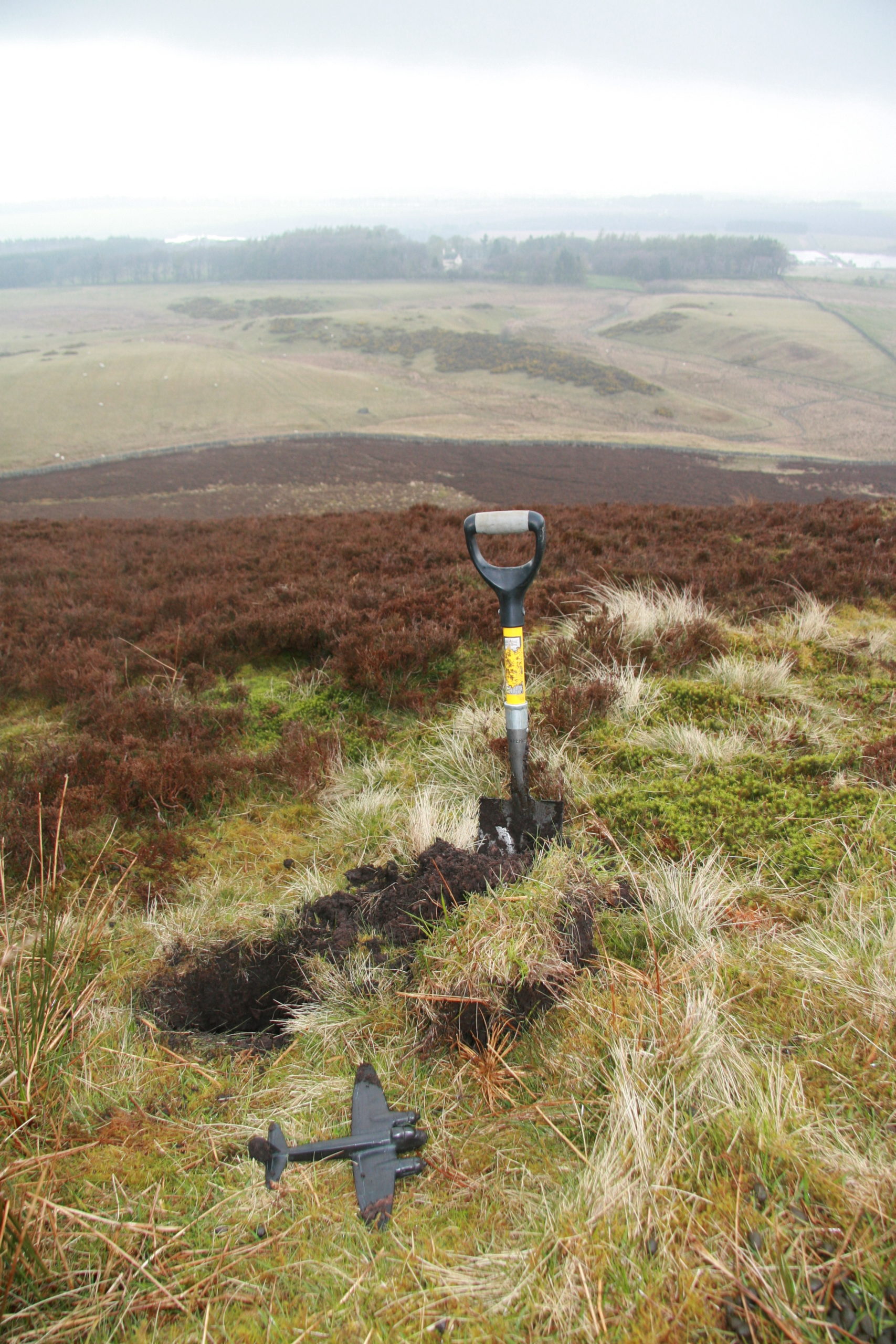 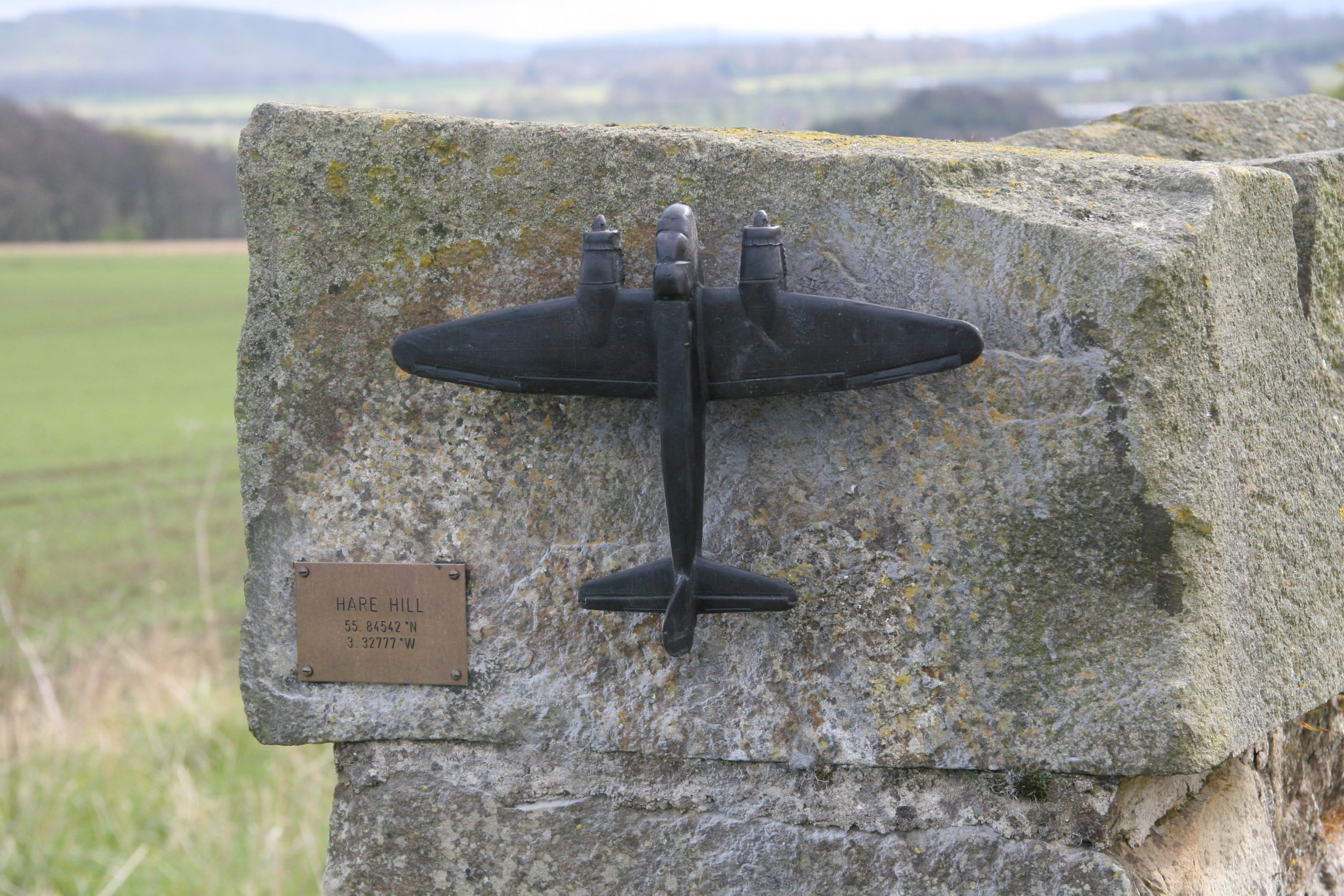 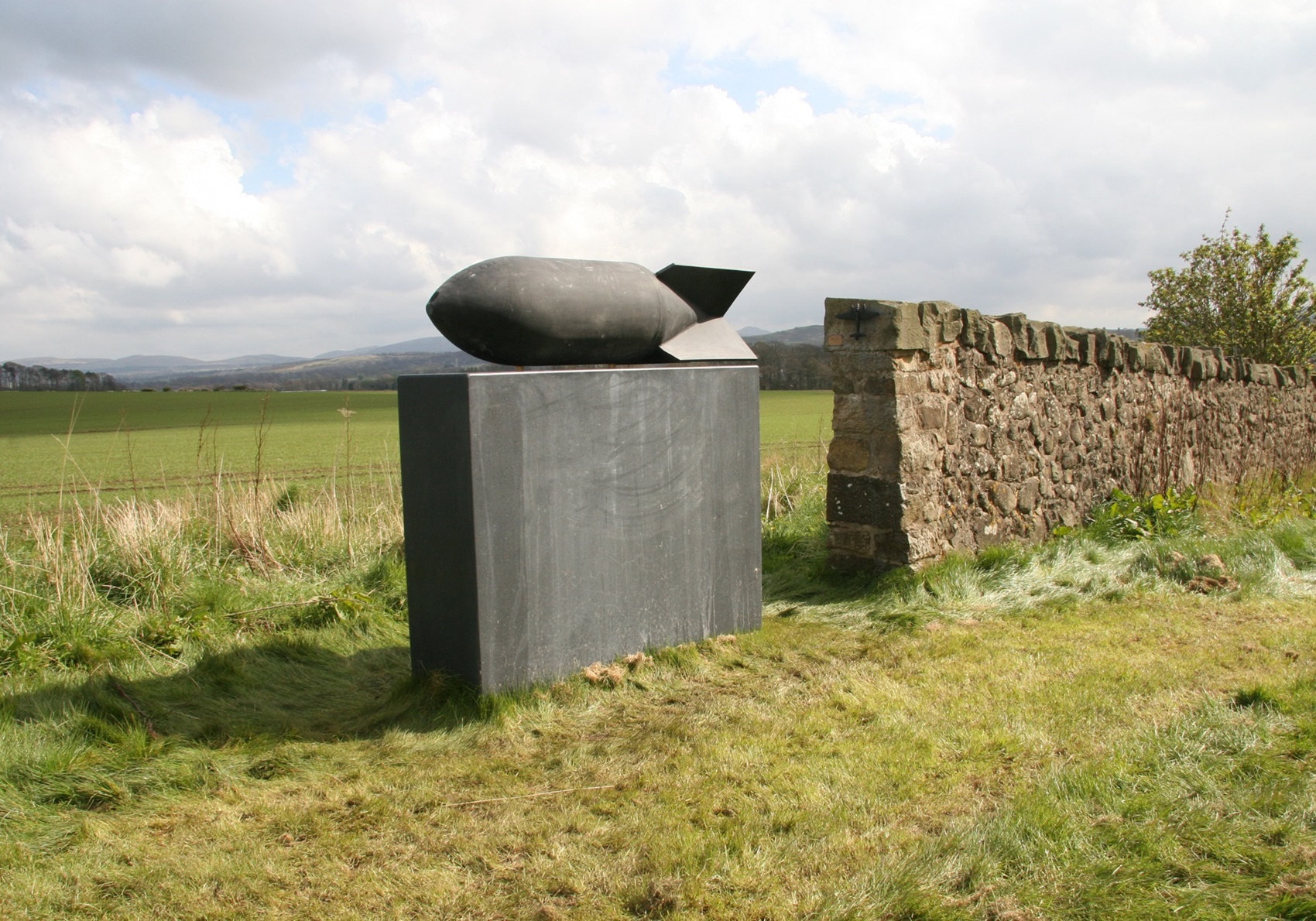 In 2010 Henry Castle was the recipient of Jupiter Artland’s summer residency, having responded to an open call to graduates from the University of the Arts, London. Hare Hill emerged as a result of the residency and was installed at Jupiter Artland in 2012.

The artwork was created in response to a historical event, now subsumed within the local landscape. During the Second World War, a German Junkers Ju 88 crashed into the nearby Pentland Hills after a bombing raid that targeted Bonnington House.

The bronze cast of the German plane fuses modes of commemoration familiar to generations of model-making schoolchildren with those of the sculptural tradition. A second cast of the aircraft was buried at the crash site itself, connecting the two sites.

“The thought of a complete plane buried in the hill as opposed to the cairns of twisted and mangled fuselage of the original one, visible on the surface, holds a certain poetry for me.”
Henry Castle

Henry was born in Bath in 1987. Educated in Wiltshire he went on to study at the University of Gloucestershire in Cheltenham (2006-7), gaining a distinction in Foundation Studies and on to Wimbledon School of Art (2007-2010). Henry graduated with a 1st class honours degree and was the joint winner of the final years Landmark Sculpture Prize.

After being invited into a number of group shows in London galleries, on the strength of his degree show he was invited to exhibit in the Anticipation Exhibition at Selfridges, showcasing the best of London’s graduates and selected by Kay Saatchi and. Shortly after he became the recipient of Jupiter Artland’s 2010 summer residency, which had been open to all recent graduates of the University of the Arts London colleges. At the end of the residency Henry put forward his proposal for a piece of work, which responded to the theme of ‘A Sense of Place’, and ‘Hare Hill’ was installed in the spring of 2012.

This piece reinforce’s Henry’s interest in making work which is a direct response to a personal experience of being in particular places in the landscape from Cornwall to the Isle of Skye. His work usually has a poetic narrative behind it, and the formal language of sculpture and materials is equally important to the concepts, which give the work its reason for being.

Henry lives and works in London.