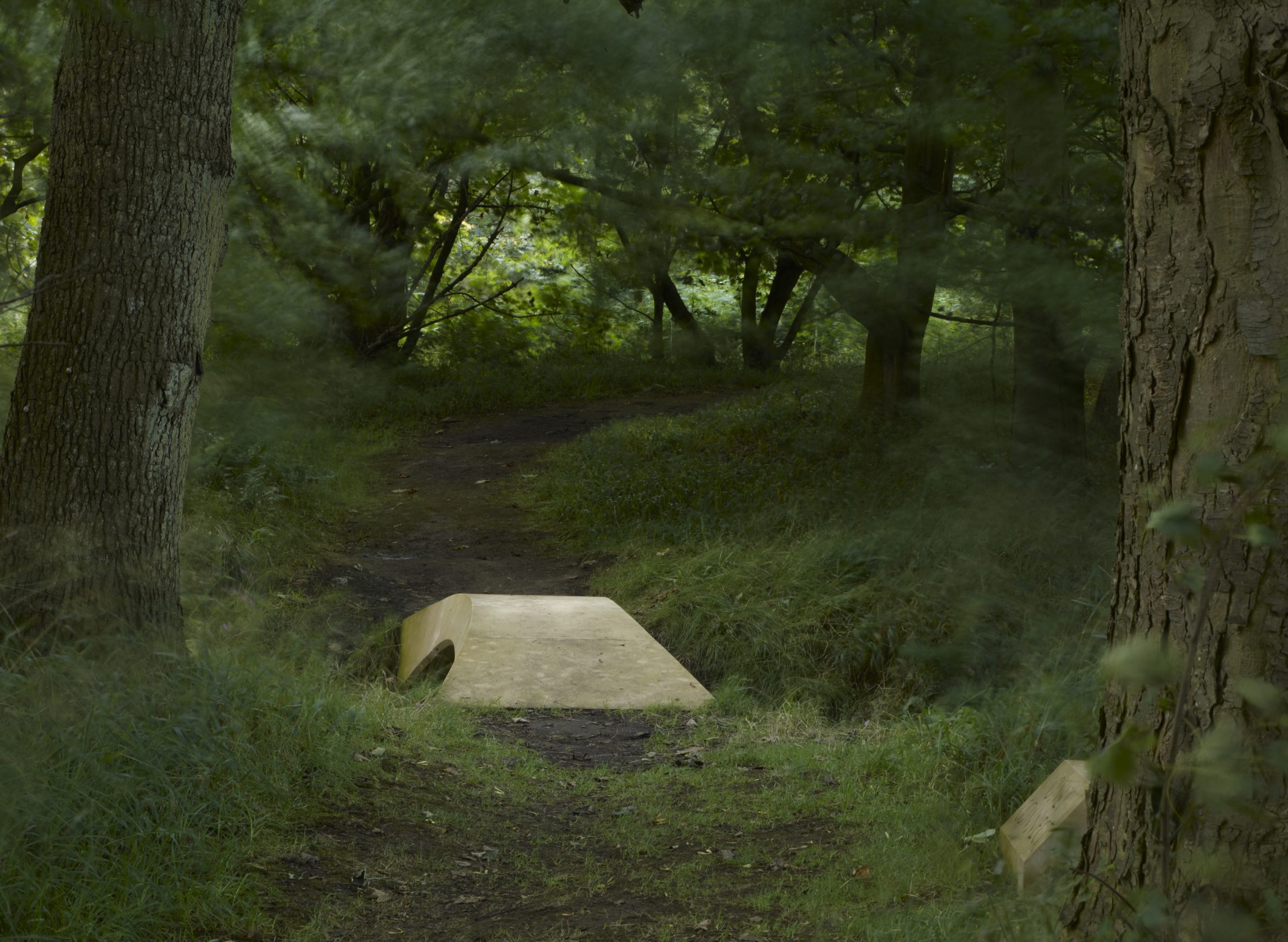 Only Connect is an arched bridge made of Northumbrian limestone and flanked by two milestones inscribed with the words ‘ONLY CONNECT’. 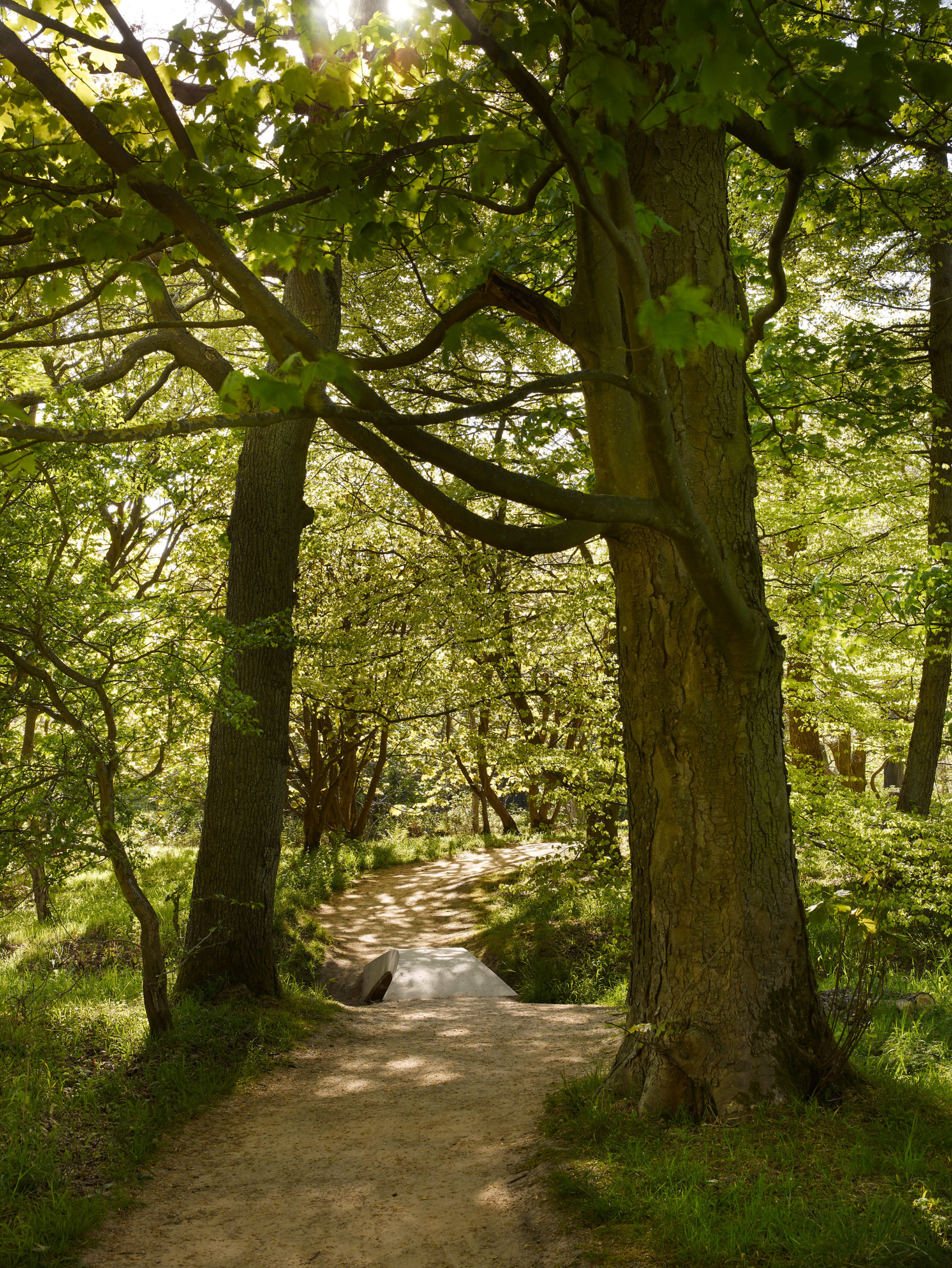 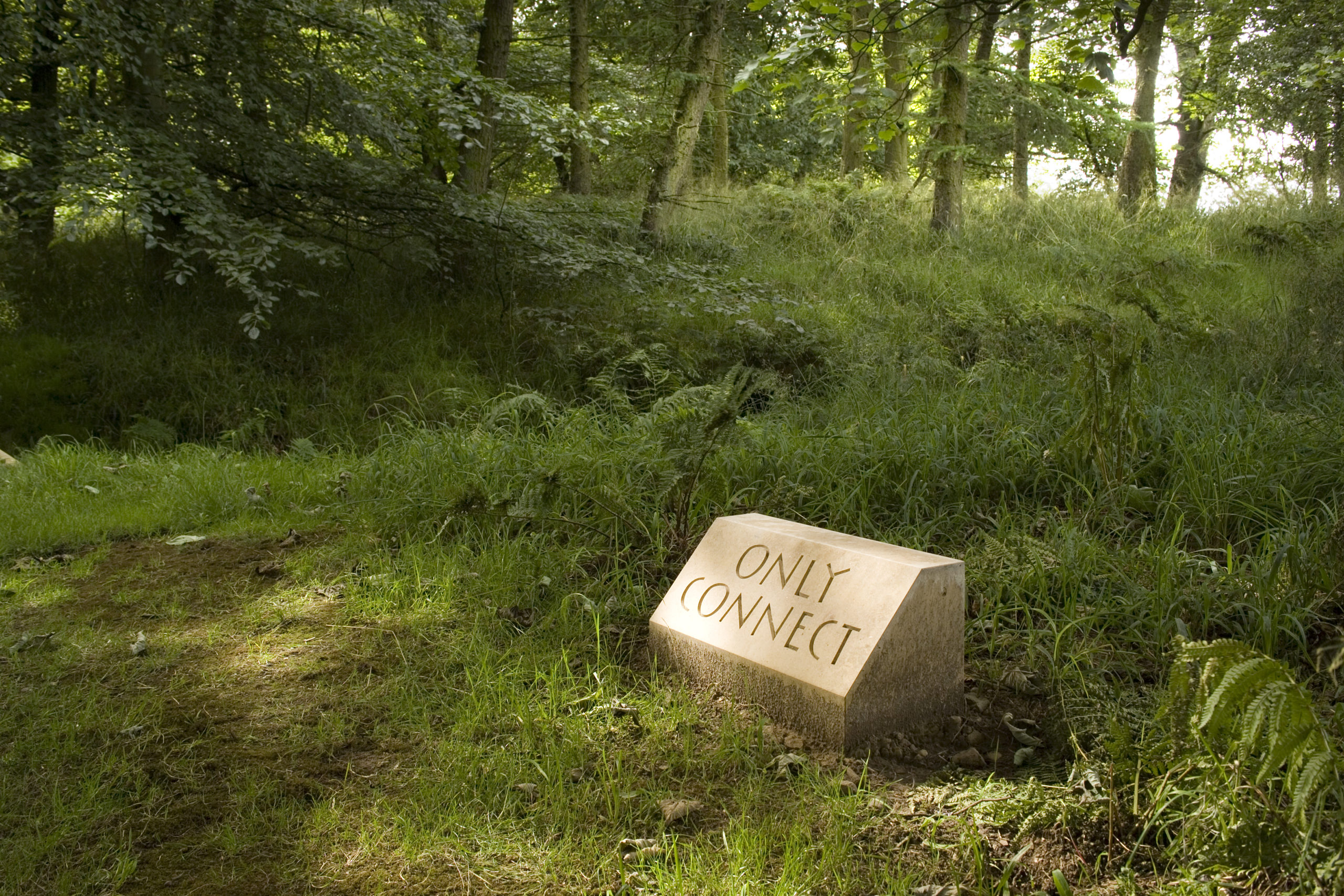 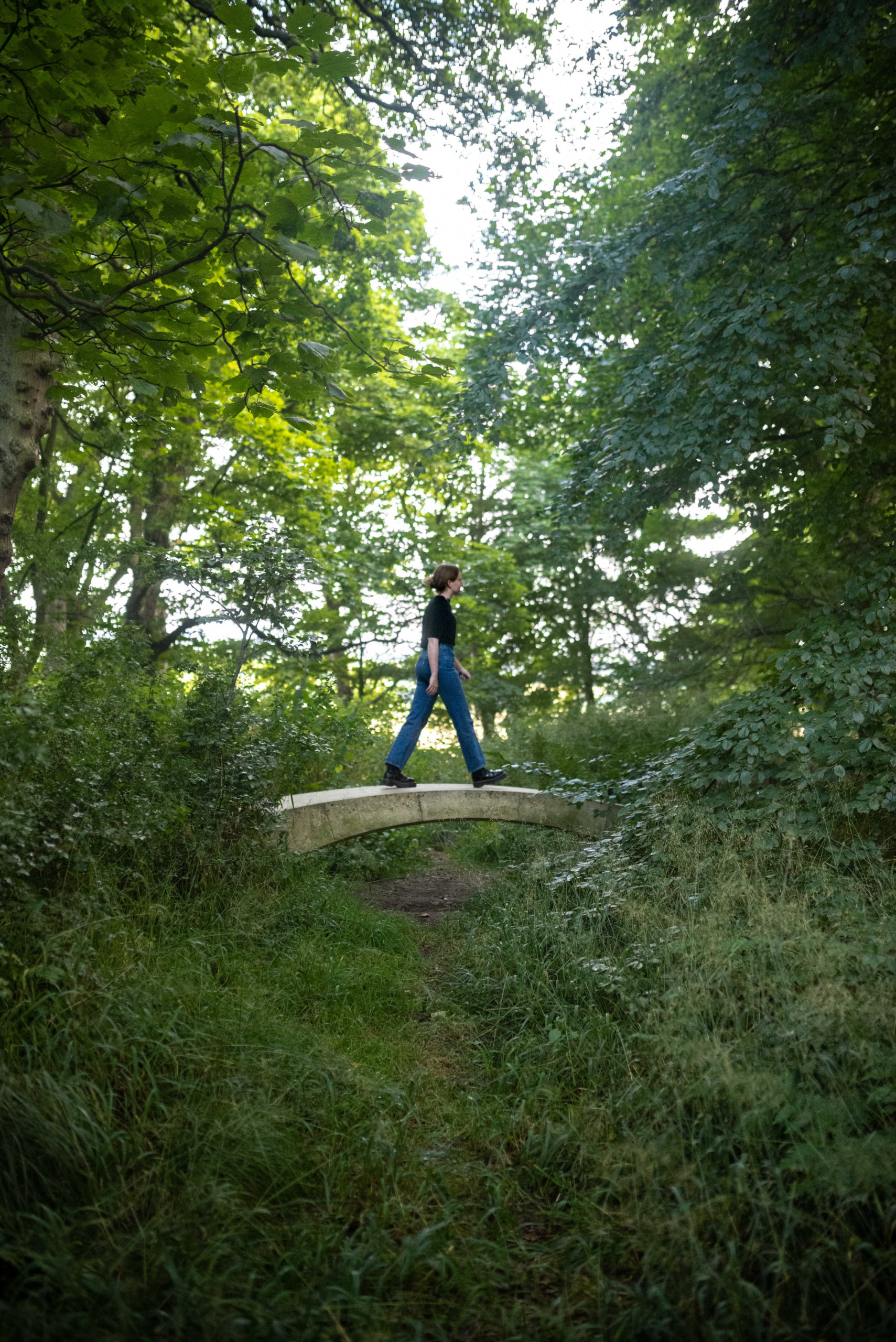 ‘Only connect’ is a much-cited phrase that ends E. M. Forster’s novel Howards End. In the novel, which explores the theme of fragments becoming whole, the character Margaret Schlegel implores:

“Mature as he was, she might yet be able to help him to the building of the rainbow bridge that should connect the prose in us with the passion without it. We are meaningless fragments, half monk, half beasts, unconnected arches that have never joined into man.” (Chapter 22, Howards End)

Through referencing Forster’s novel, Finlay’s Only Connect transforms a familiar object into a poetic thought.

Alongside Only Connect, Jupiter Artland’s permanent collection includes three other artworks by Finlay: Beehives, Temple of Apollo and Xth Muse.

Biography
Ian Hamilton Finlay was an artist, poet, philosopher, gardener and landscape designer. He was born in 1925 in the Bahamas. He was sent to boarding school in Scotland and continued to live there for the rest of his life. He left school at the age of 13 and had a wide variety of jobs from roadman to fisherman to soldier to farm labourer all of which had an influence on his later work. 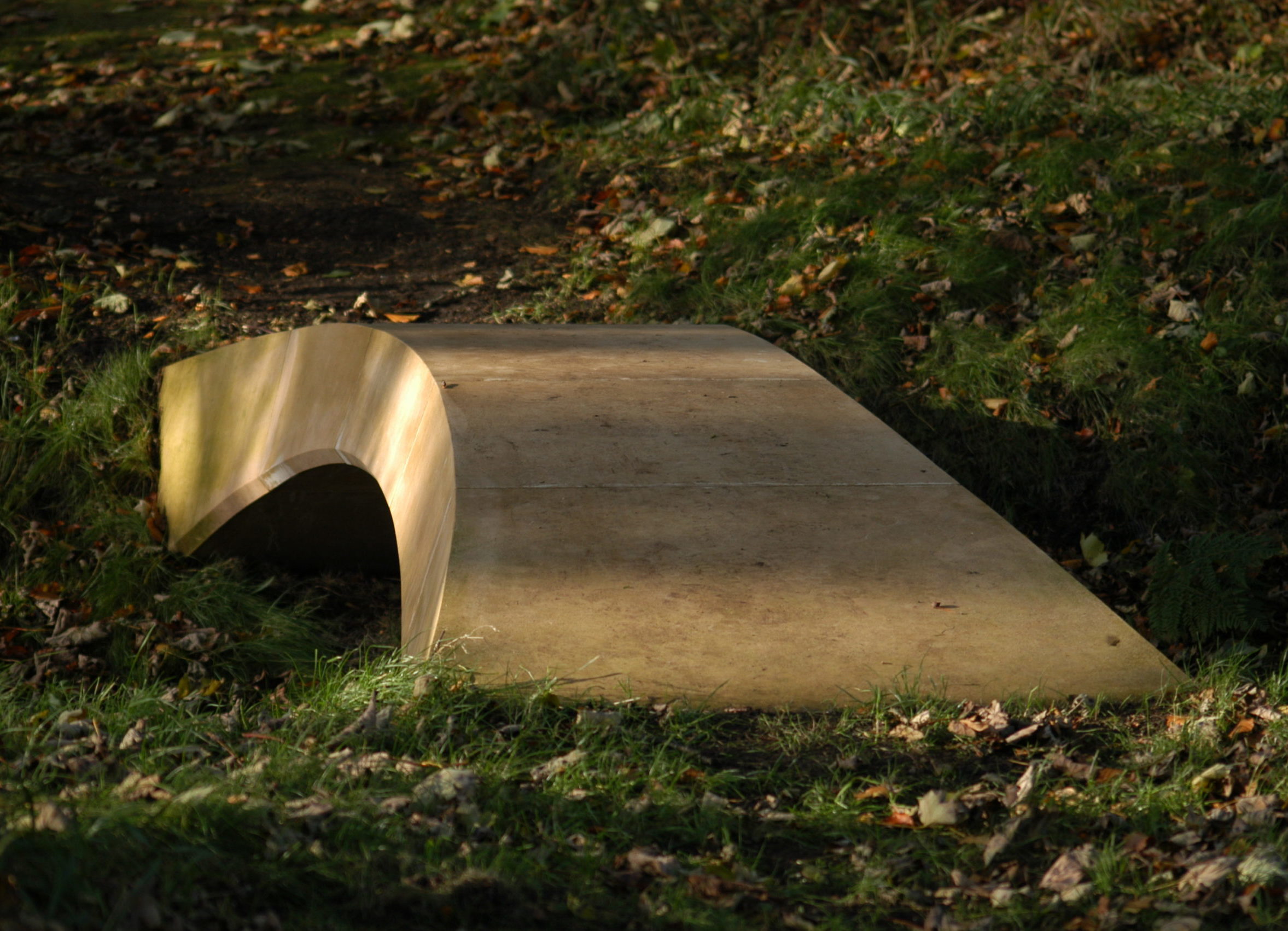 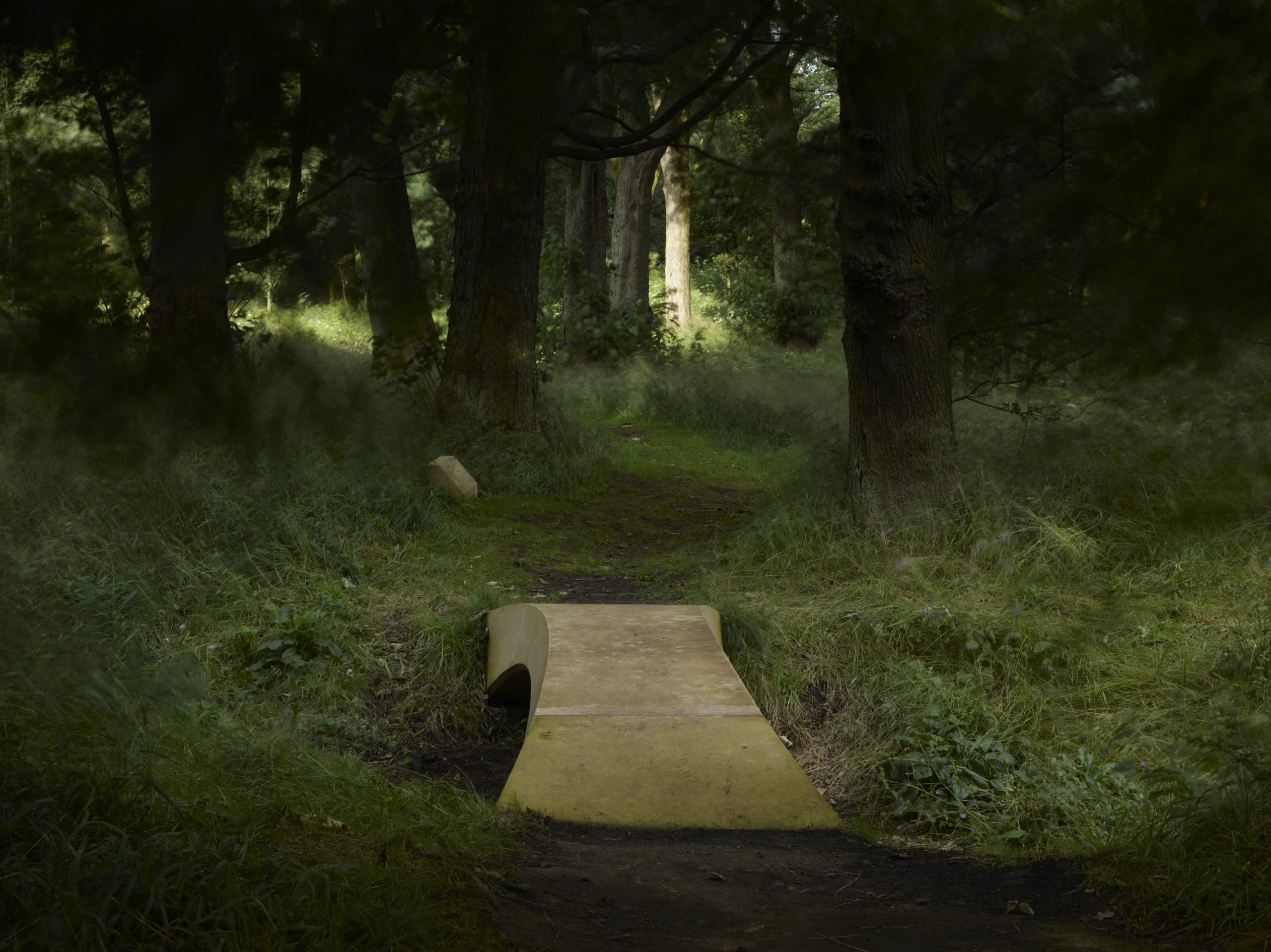 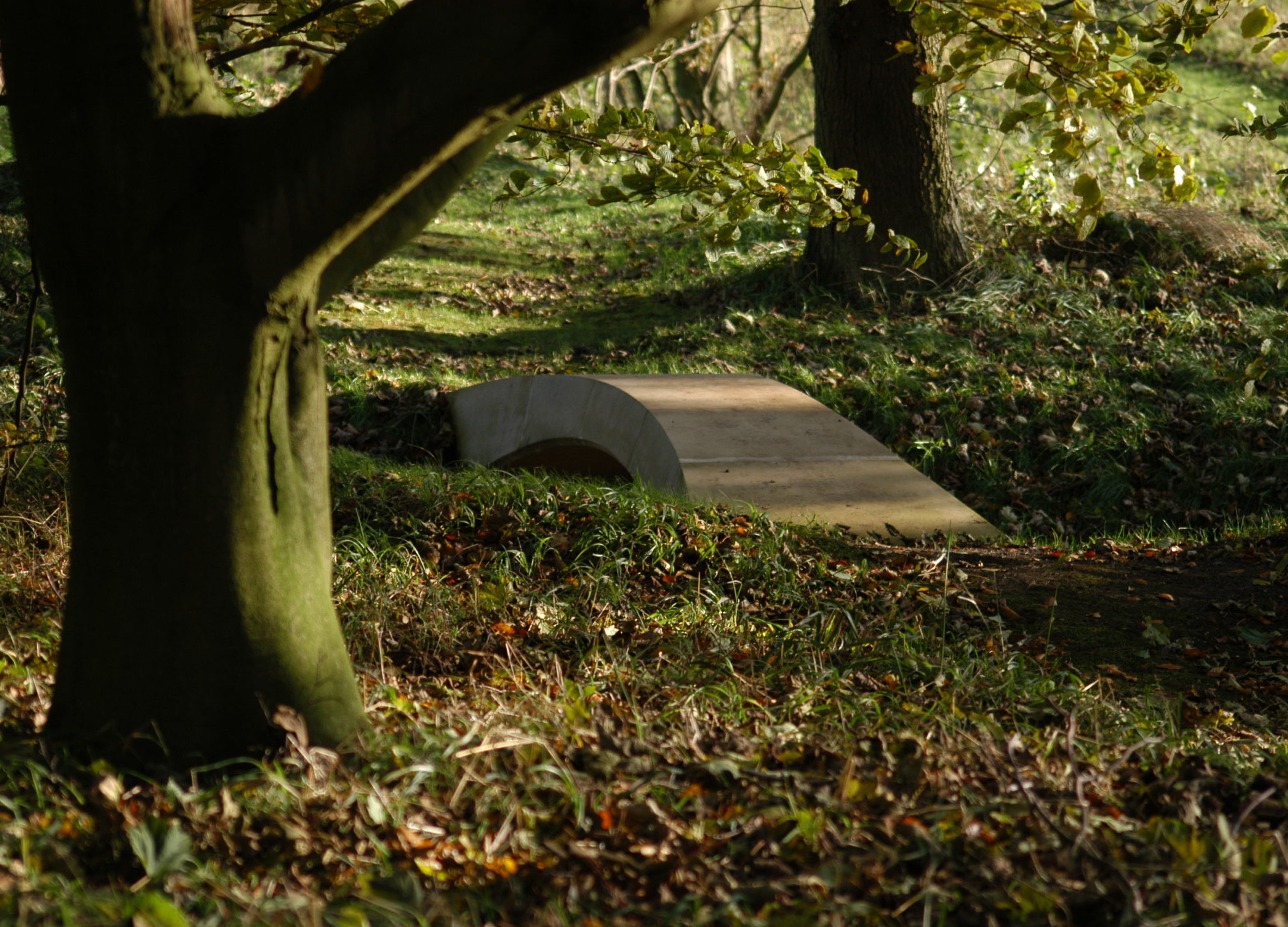 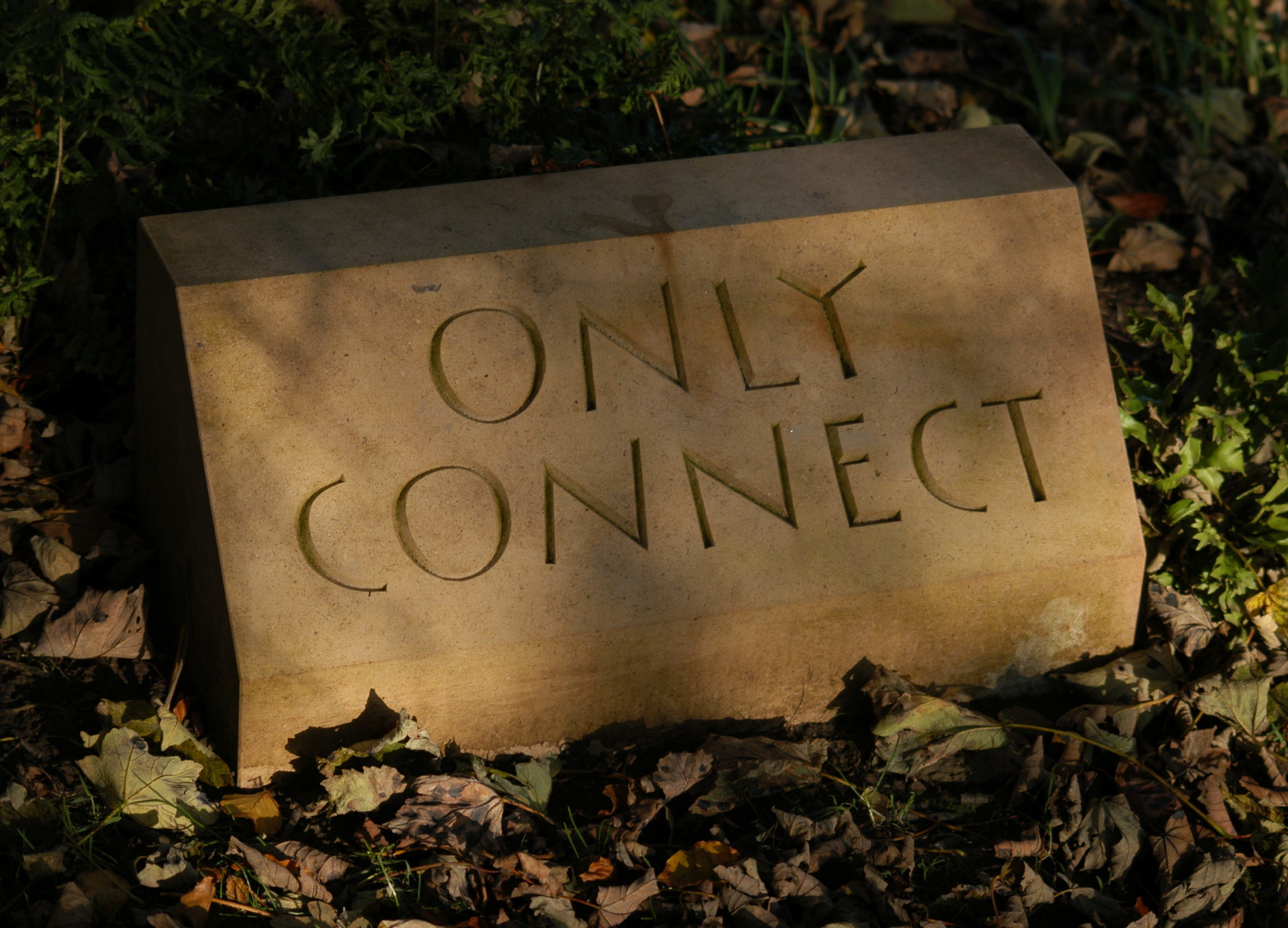 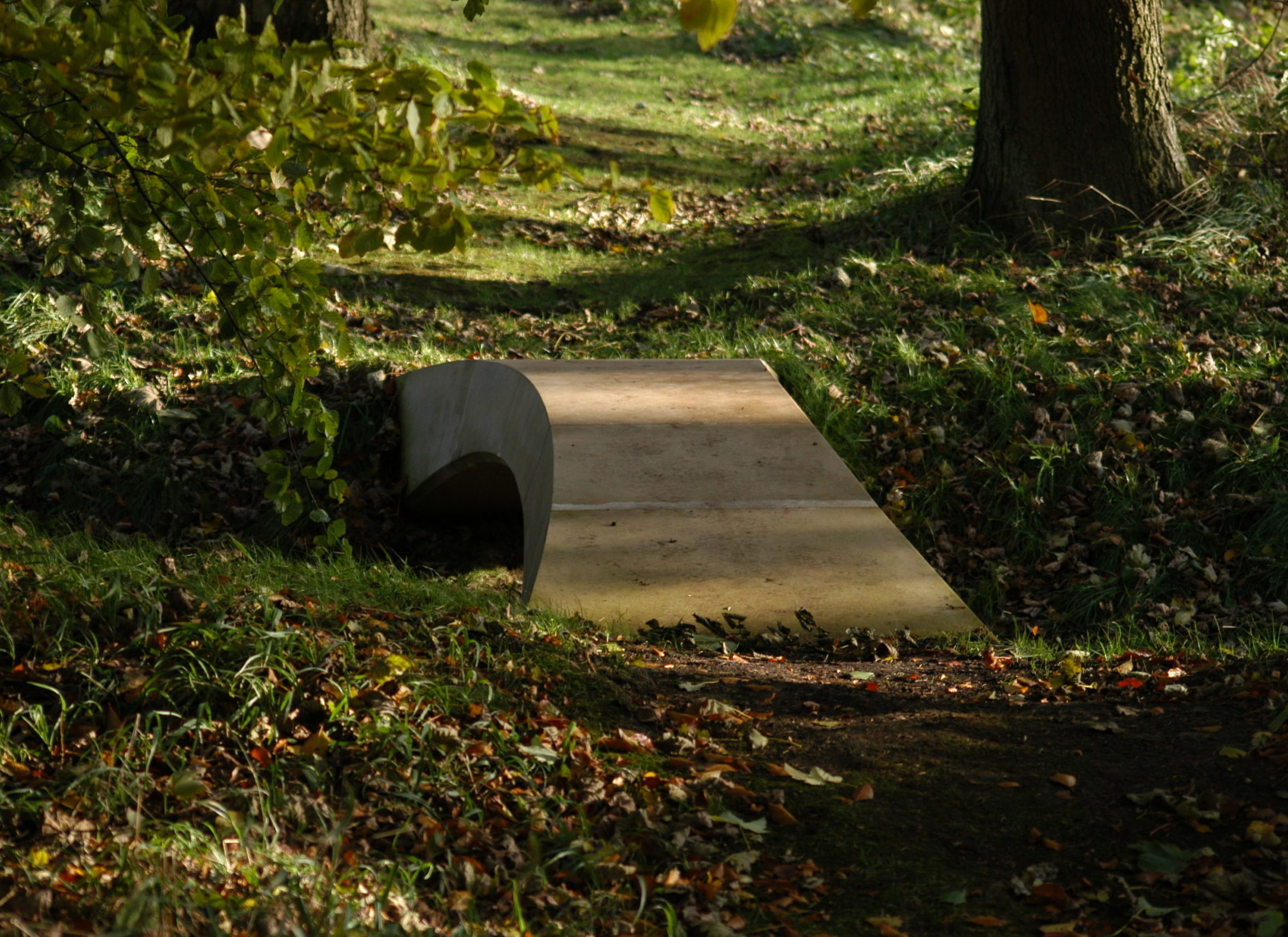