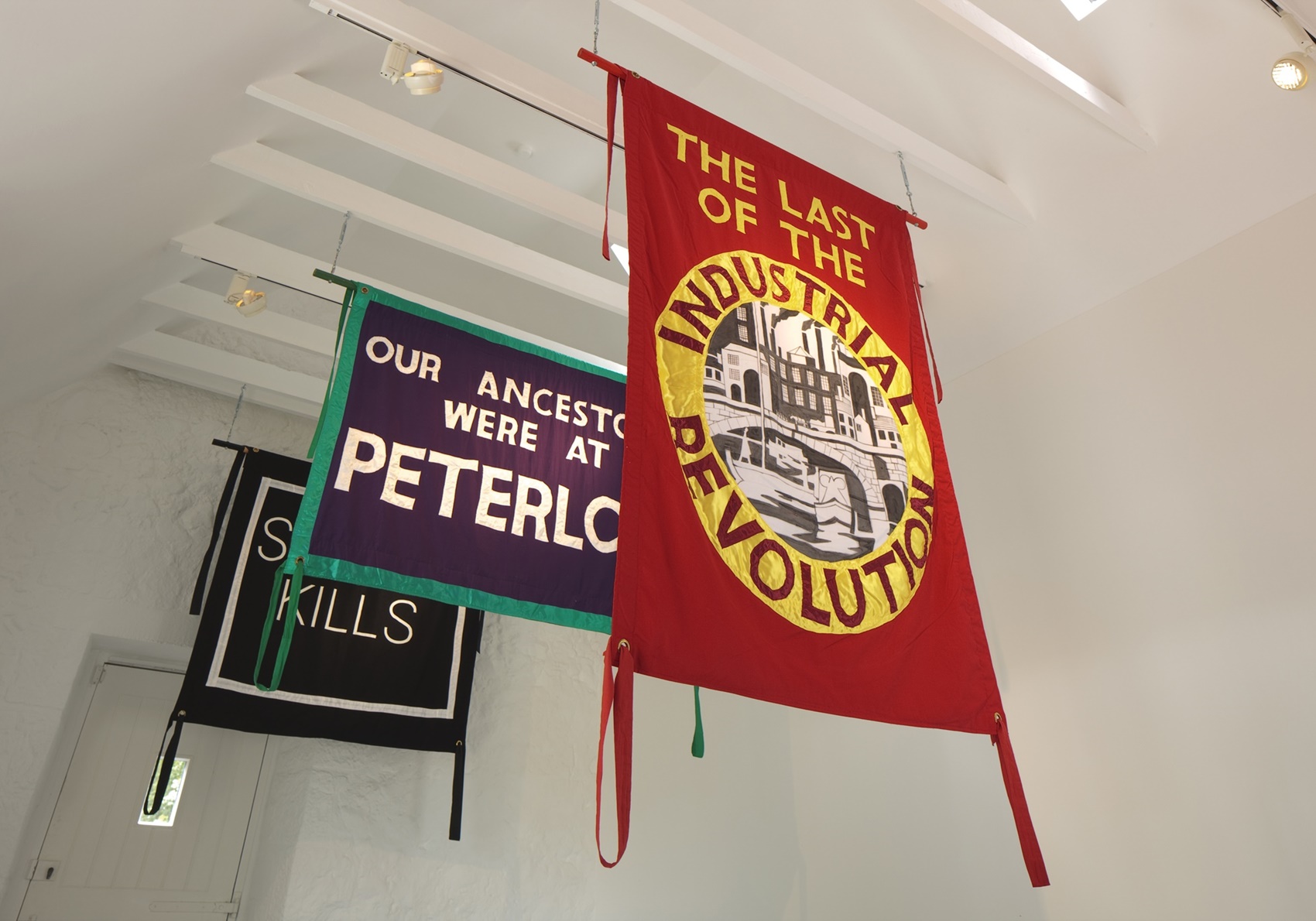 In the year he represents the UK at the Venice Biennale, Jeremy Deller and his long-standing collaborator Alan Kane exhibit at Jupiter. On show is Steam Powered Internet Machine, which as Deller describes was inspired by ‘thinking about something that connects the industrial revolution with the digital revolution.’ Plus Deller’s colourful and evocative banners made with banner-maker Ed Hall and paraded through the streets of Manchester in 2009 as part of Procession, Deller’s celebratory take on contemporary British life. 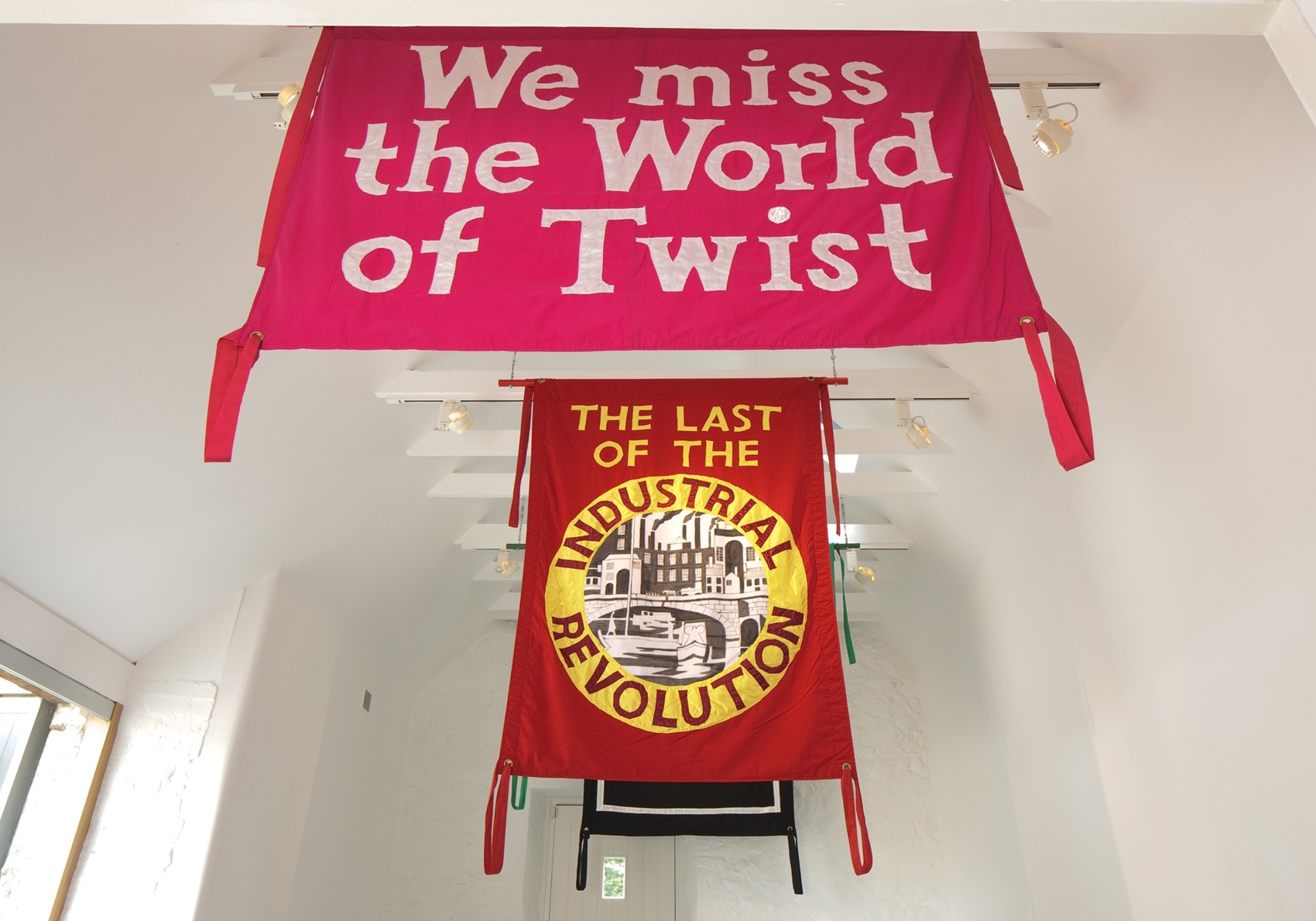 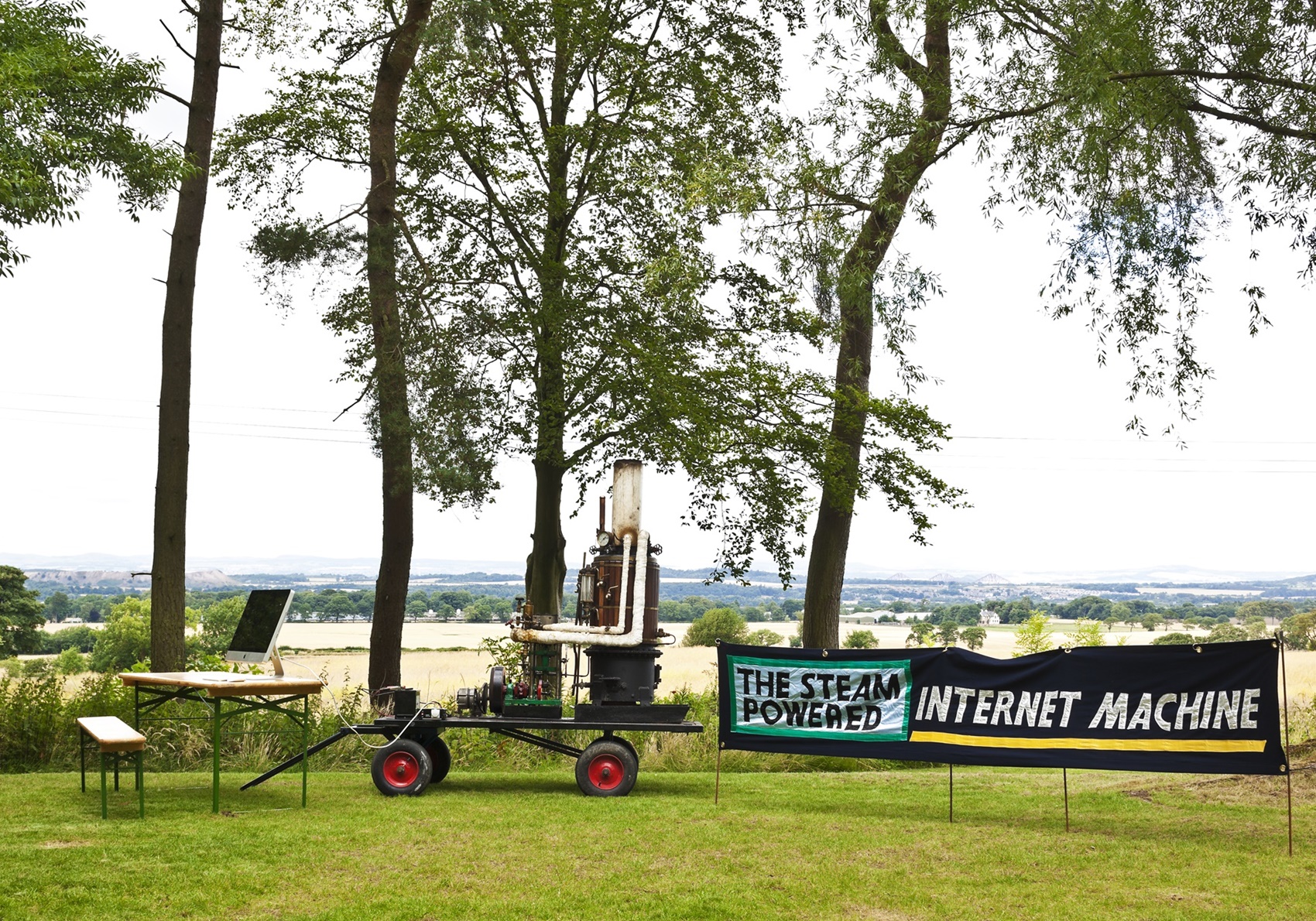 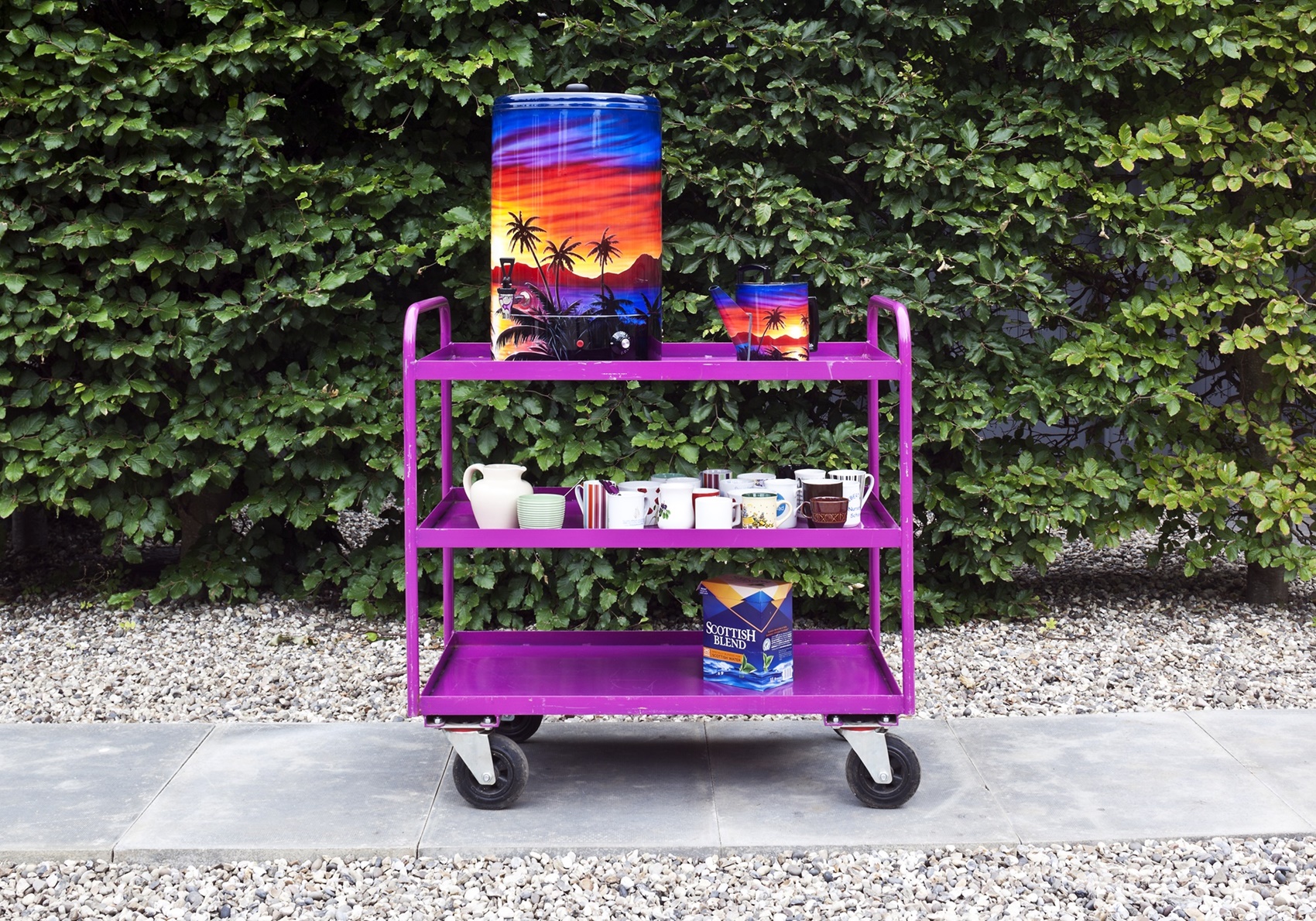 Alan Kane (born 1961 Nottingham, lives and works in London). He has had numerous solo exhibitions including The Home for Orphaned Dishes at The Whitechapel Gallery, London (2011), The Asbo Mystery Play and Other Public Works at Sadie Coles HQ with Simon Periton (2011) , Life Class: Today’s Nude for Channel 4 Television with Art Angel (2009) The Stratford Hoard at Stratford Station as part of TfL’s Art on the Underground series (2008) 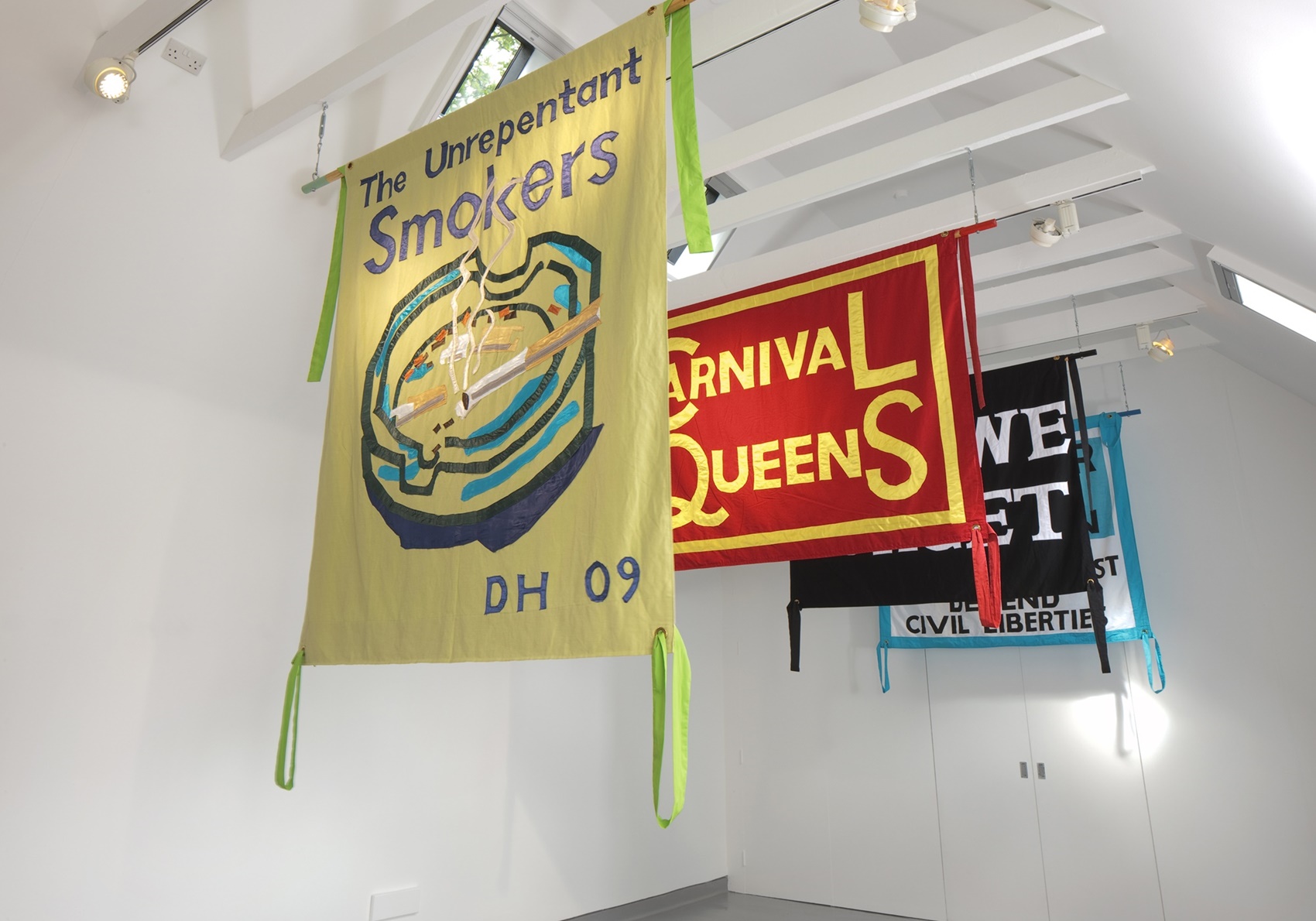 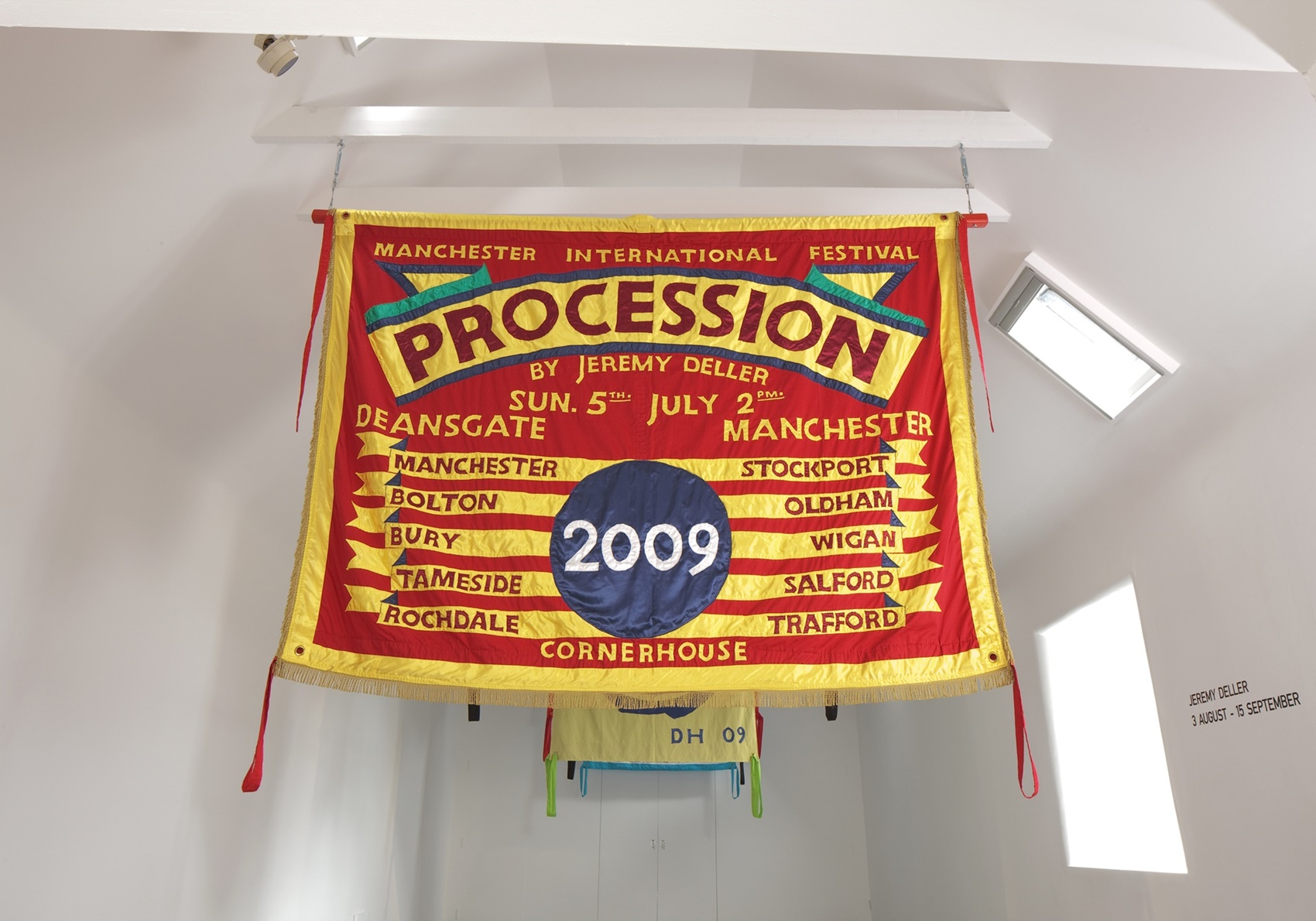