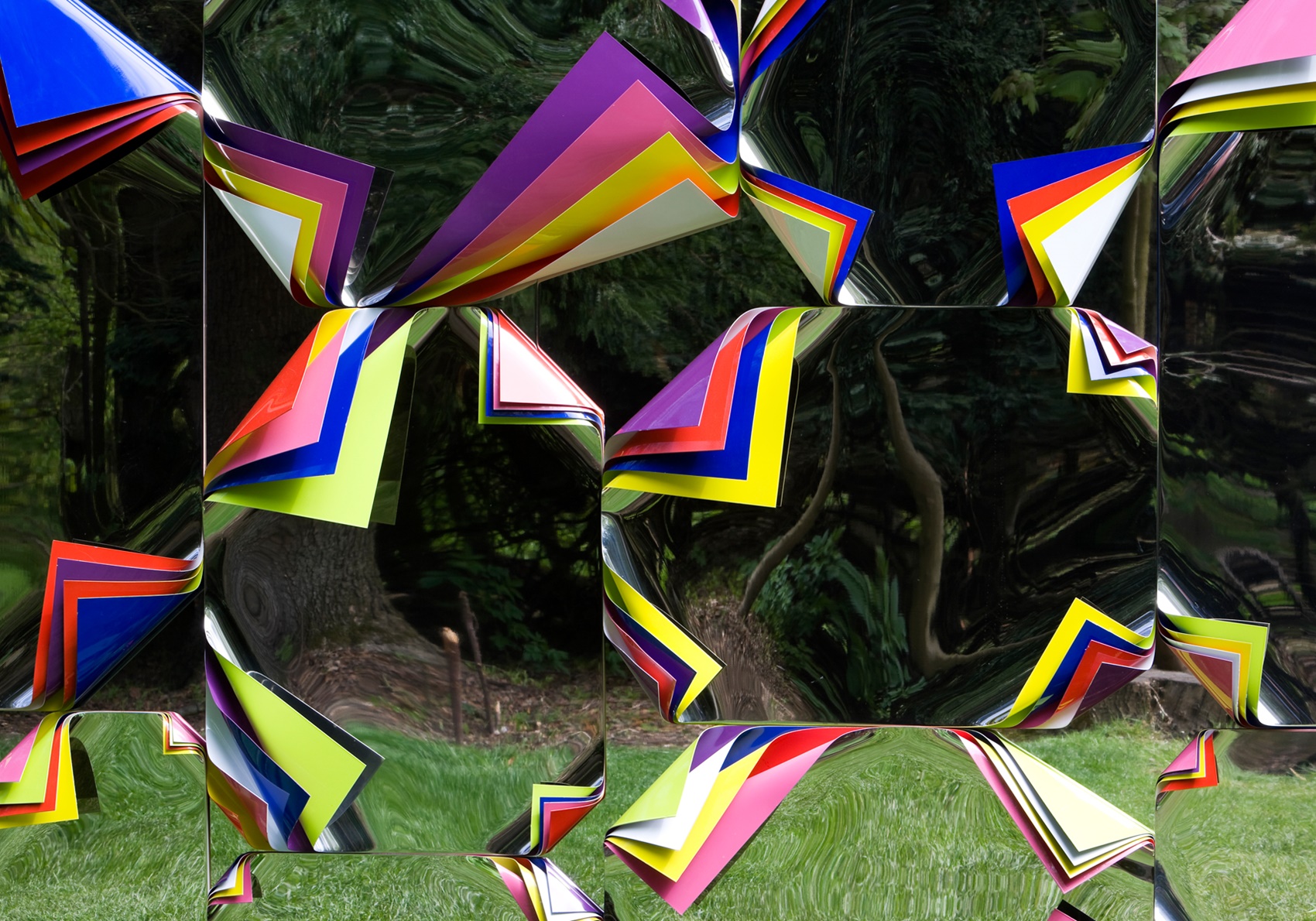 A Forest consists of tessellated panels of spray-painted chrome, each of which is peeled back at its corners to reveal additional panels of background colours. The mirrored surface panels reflect Jupiter Artland’s own forest, the reflection changing with every passing season. 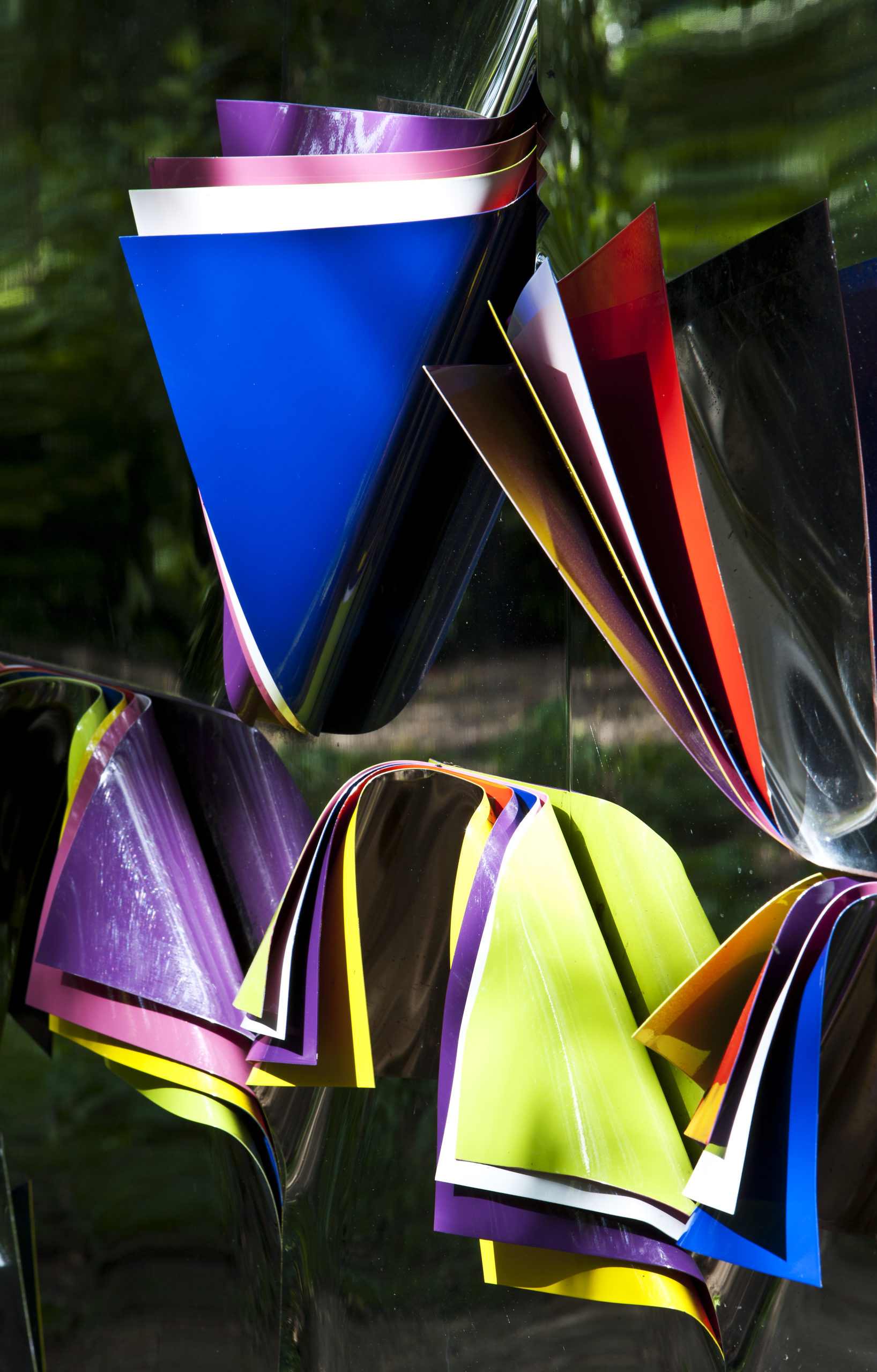 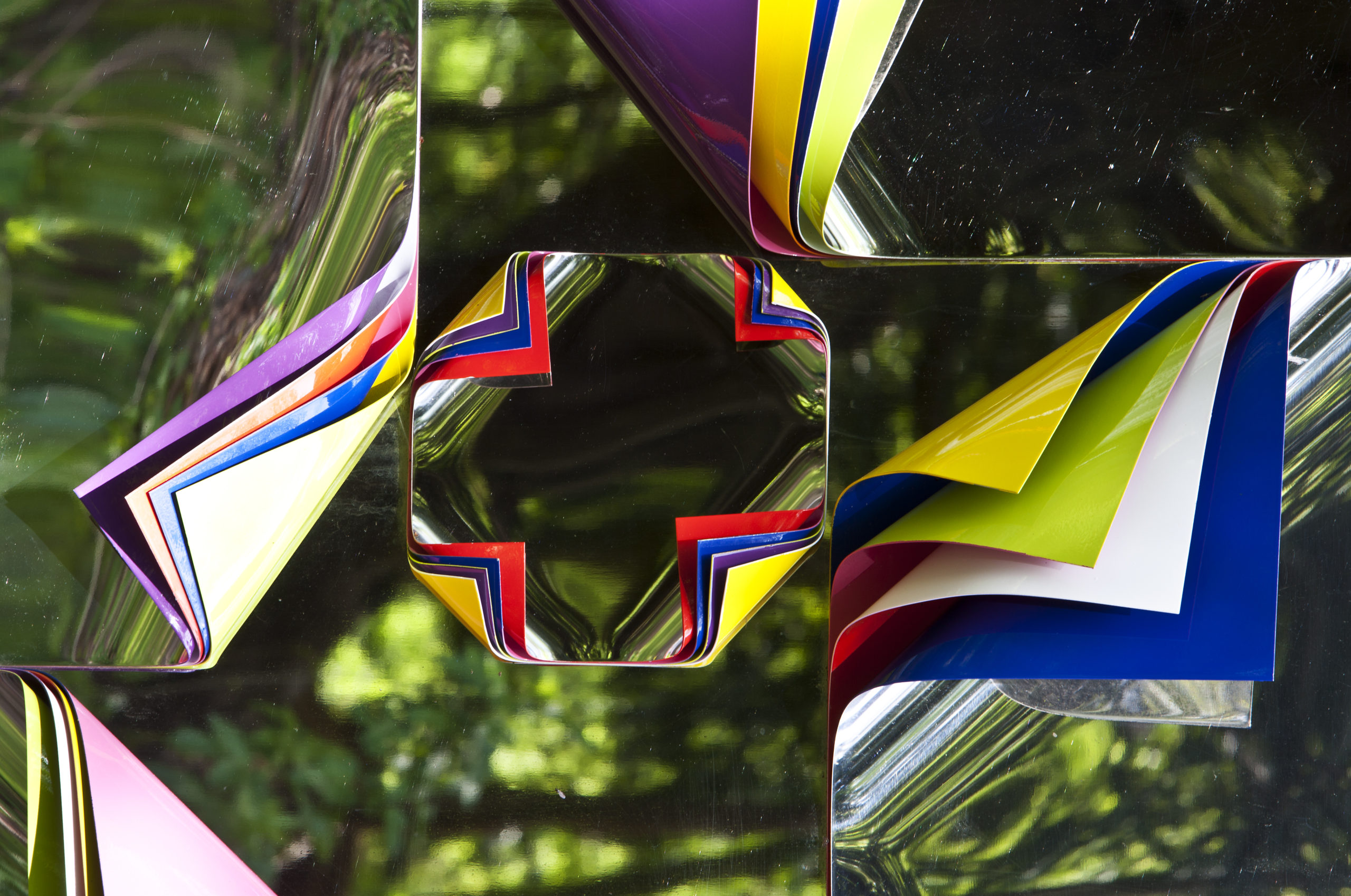 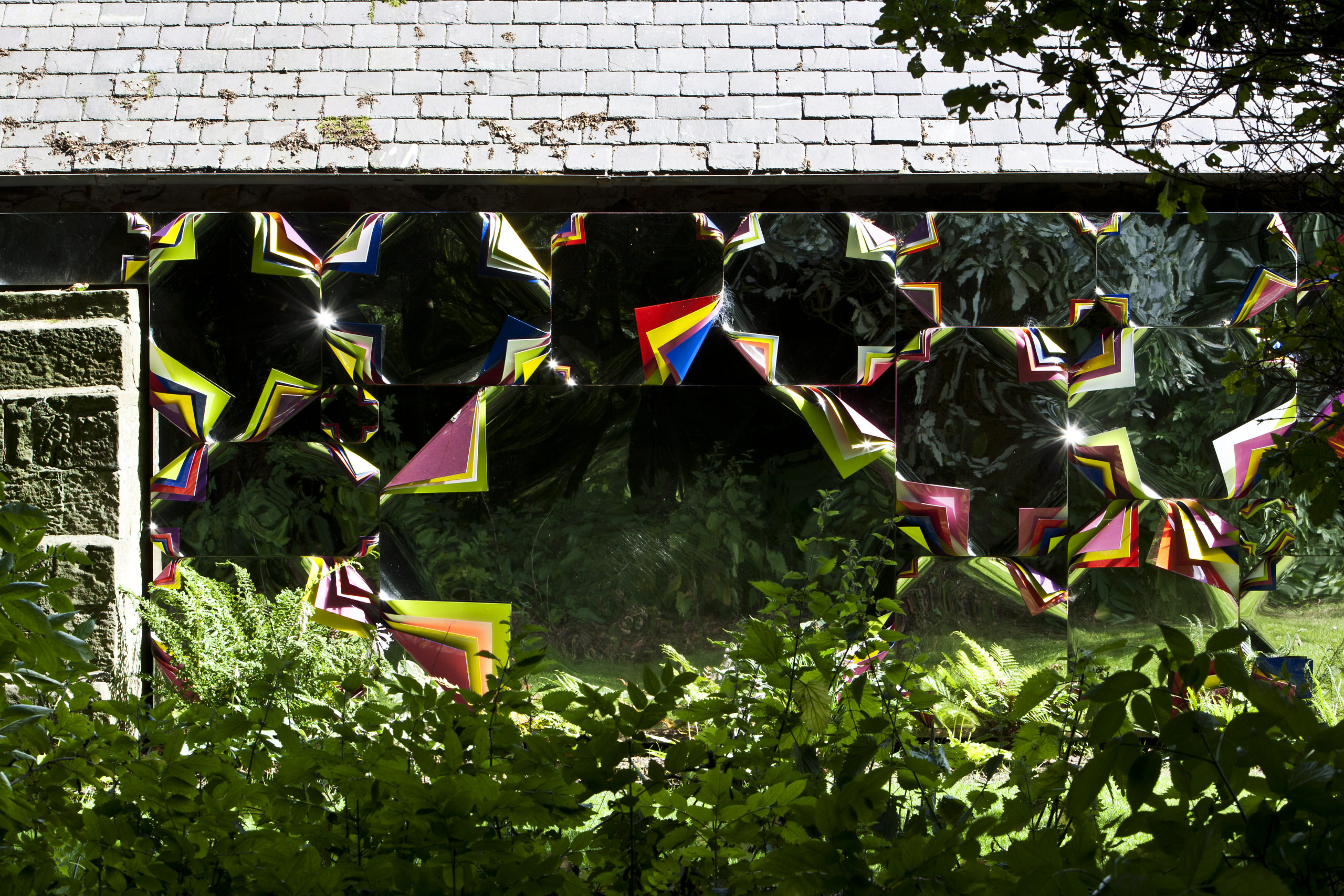 Located on the “woodland-side” of Jupiter Artland’s steadings buildings, A Forest applies a colourful, aesthetic energy to one of the steadings’ exterior walls. Here the aesthetics of Pop art, minimalism and British Pop Abstraction meld with the kinds of decorative mirrored surfaces more usually seen in a nightclub than a garden. However, the work seems entirely at home due to its woodland reflection.

“The forest that we look at reflected in the chrome panels is being peeled away revealing layers of colour. The reflection in the work will change with every season that passes.”
Jim Lambie

Jim Lambie was born in Glasgow in 1964. When he left school he became involved with the local music scene, before studying Environmental Art at Glasgow School of Art. After graduation he was amongst a group of students, including David Shrigley, Douglas Gordon and Roderick Buchanan, who arranged exhibitions of their work in non-traditional spaces from empty garages to their own bedrooms.

Lambie’s work is loaded with references, sometimes metaphorical or ironic, to popular culture, art history and music. Lambie makes striking and colourful installations, sculptures and assemblage from everyday ephemera. Lambie uses throwaway materials such as plastic bags, buttons, wool and safety pins and often combines these with remnants from pop culture, trashy accessories, clothing or band memorabilia, which have a familiar and kitsch appeal.

Lambie reconfigures these items to become the compositional elements of new sculptural forms. Often made on the spot within the gallery setting, his work has an improvisatory feel and an energy that is immediately compelling. Lambie is best known for his on-going series of psychedelic floor pieces made out of strips of multi-coloured vinyl tape under the collective title ZOBOP.

Following the existing architecture of a room, Lambie applies continuous lines of tape to the floor beginning at the outer perimeter where the floor meets the walls. Using strips of alternating colour he gradually works his way into the centre to create a sort of distorted architectural footprint, which completely transforms the character and mood of its environment. Jim Lambie lives in New York and Glasgow and was nominated for the Turner Prize in 2005. 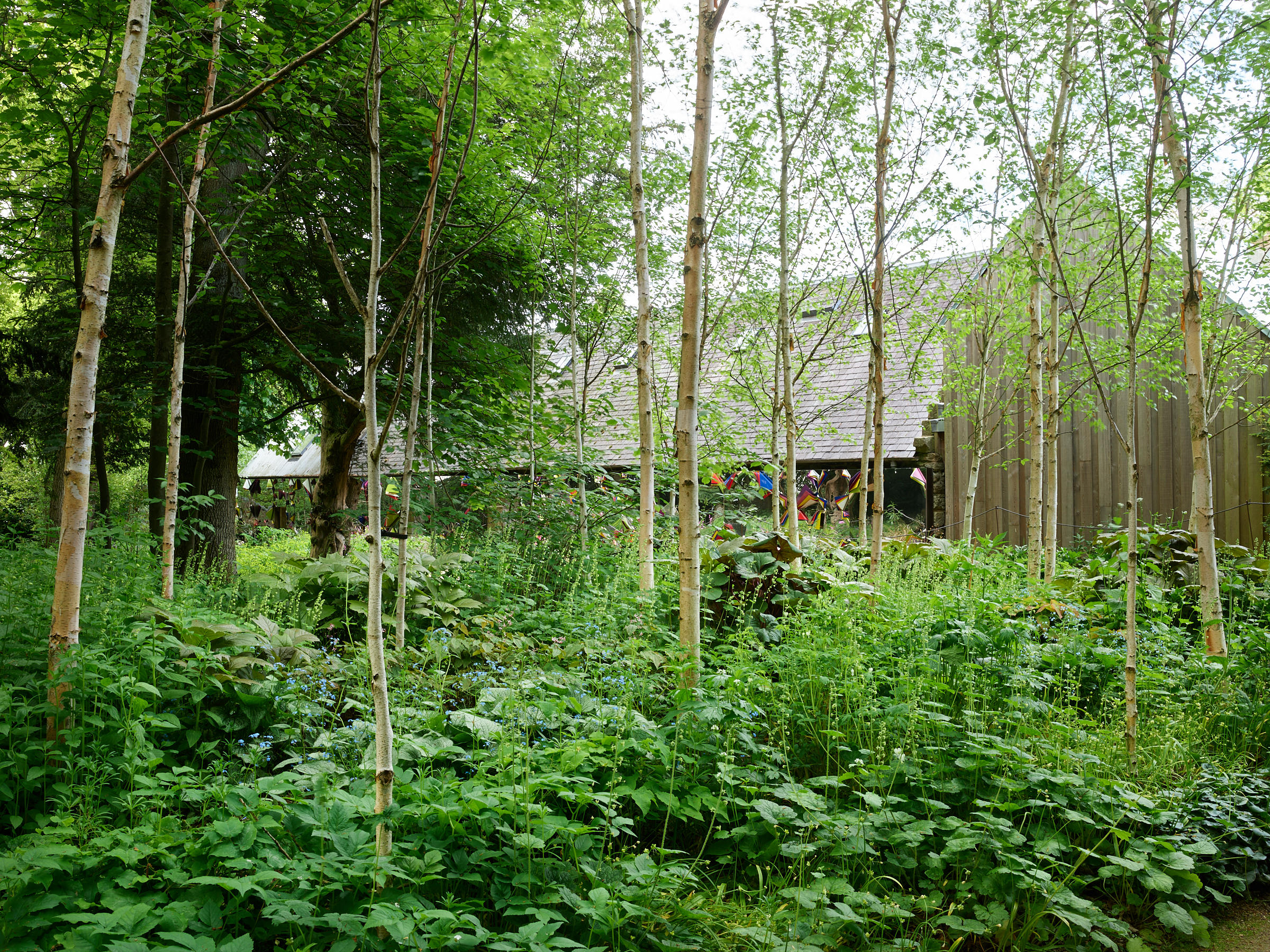 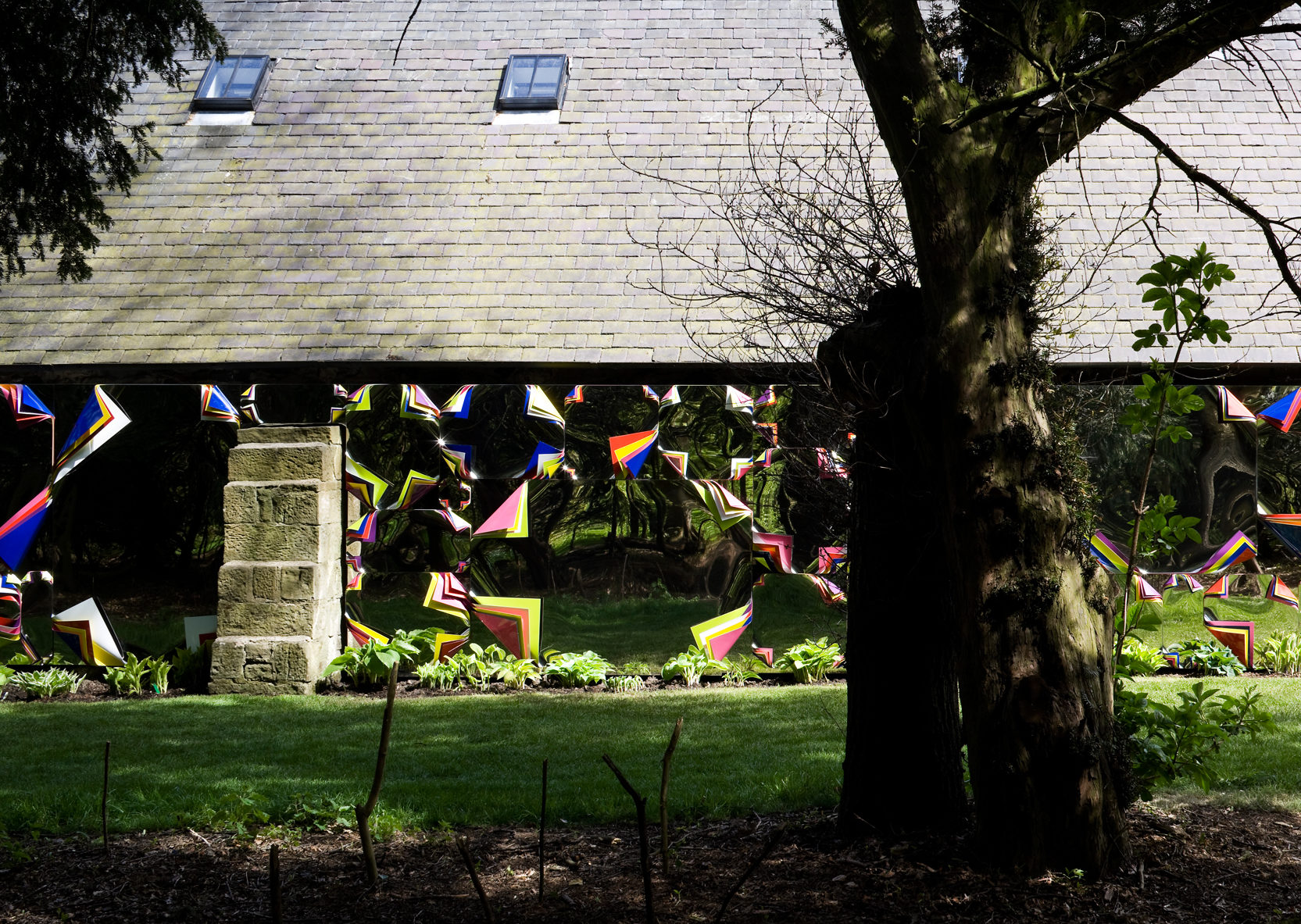 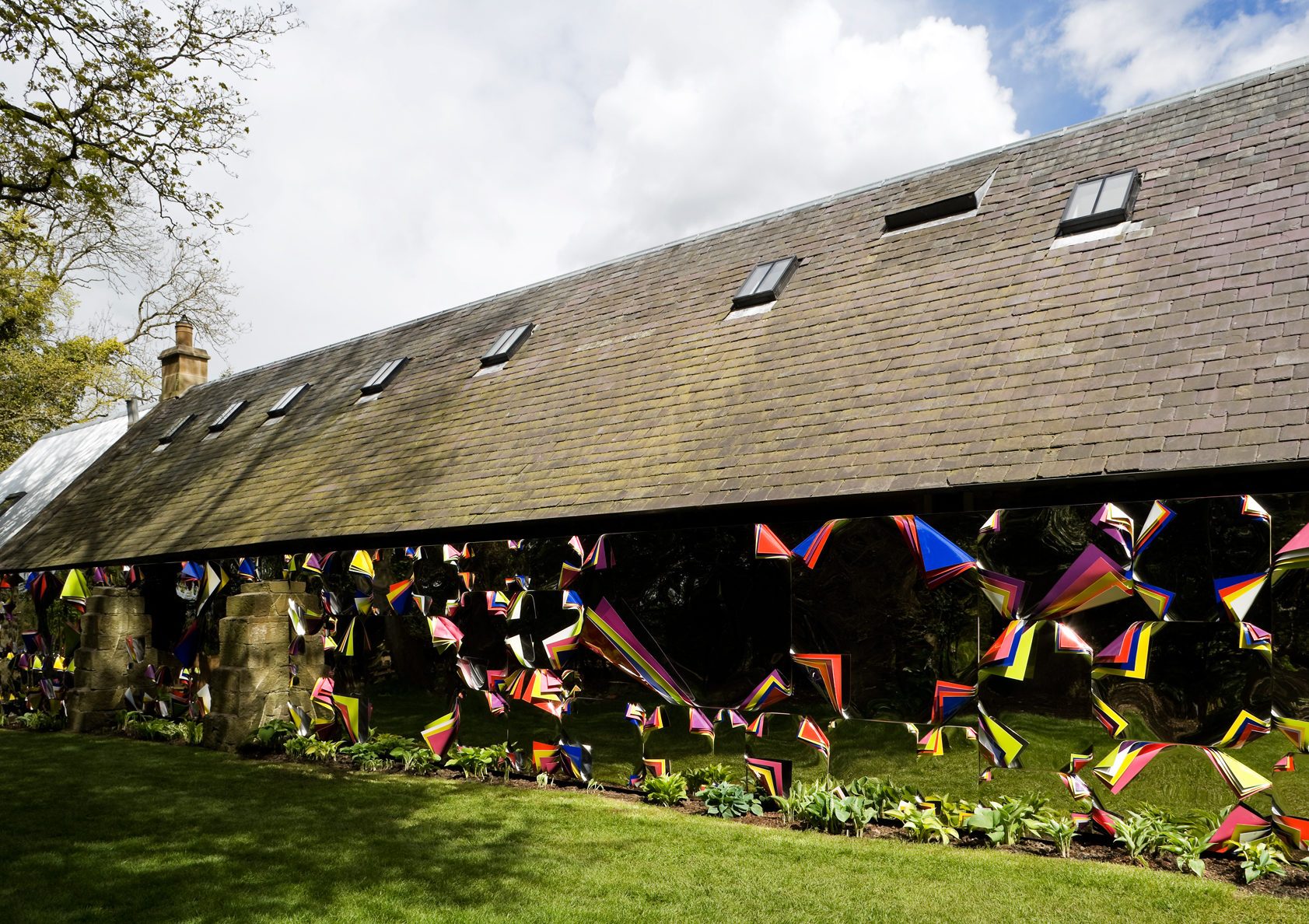 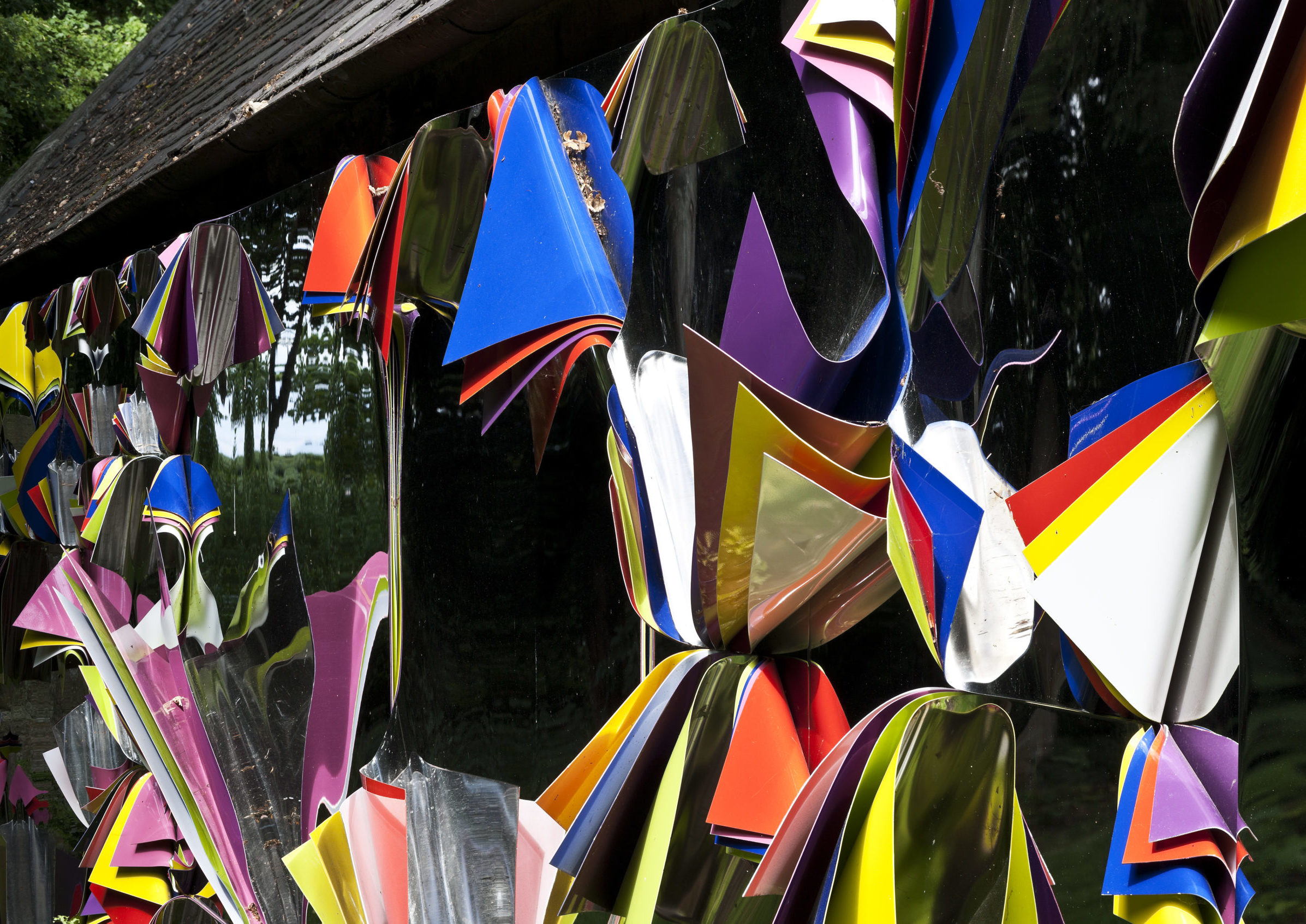 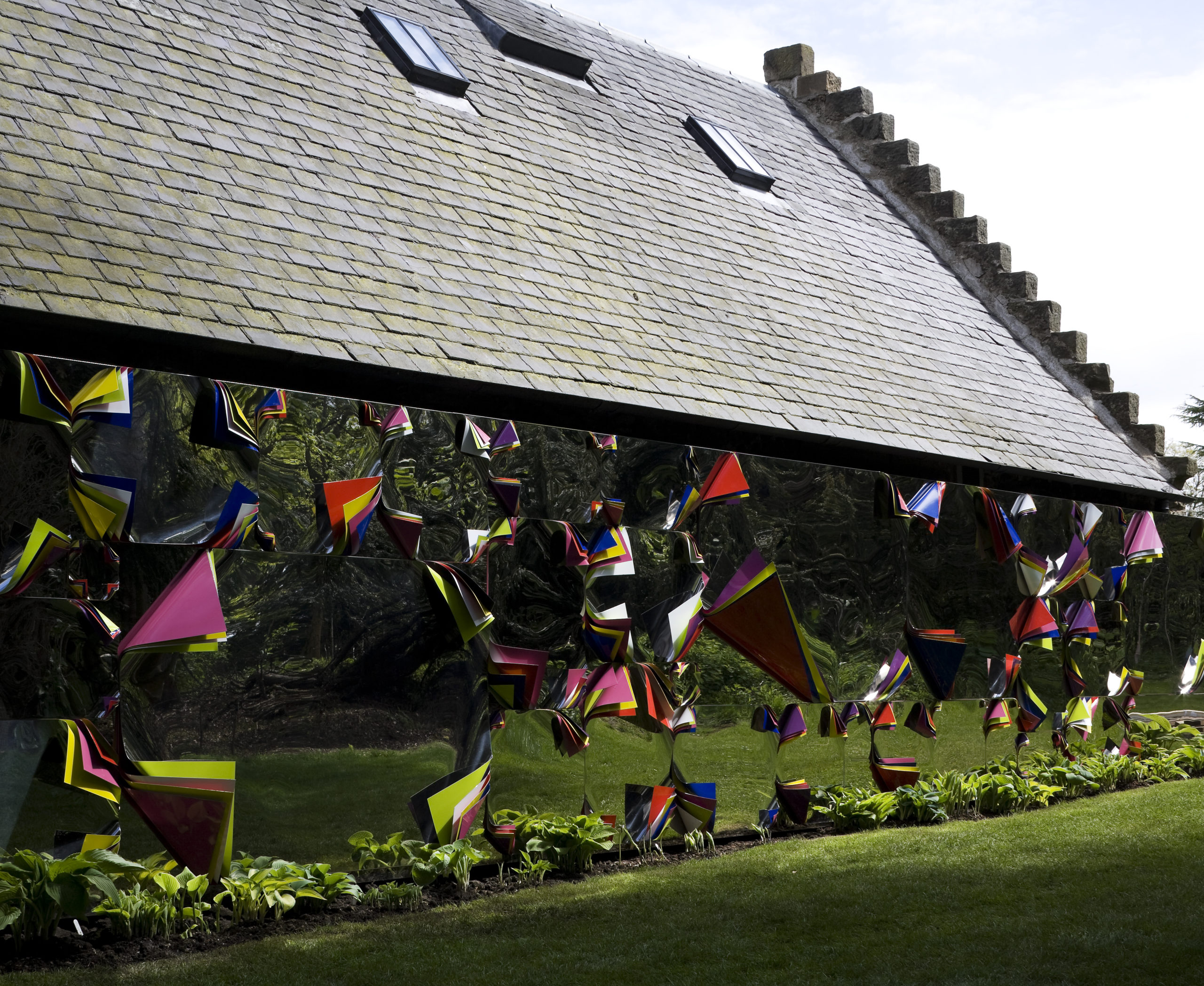 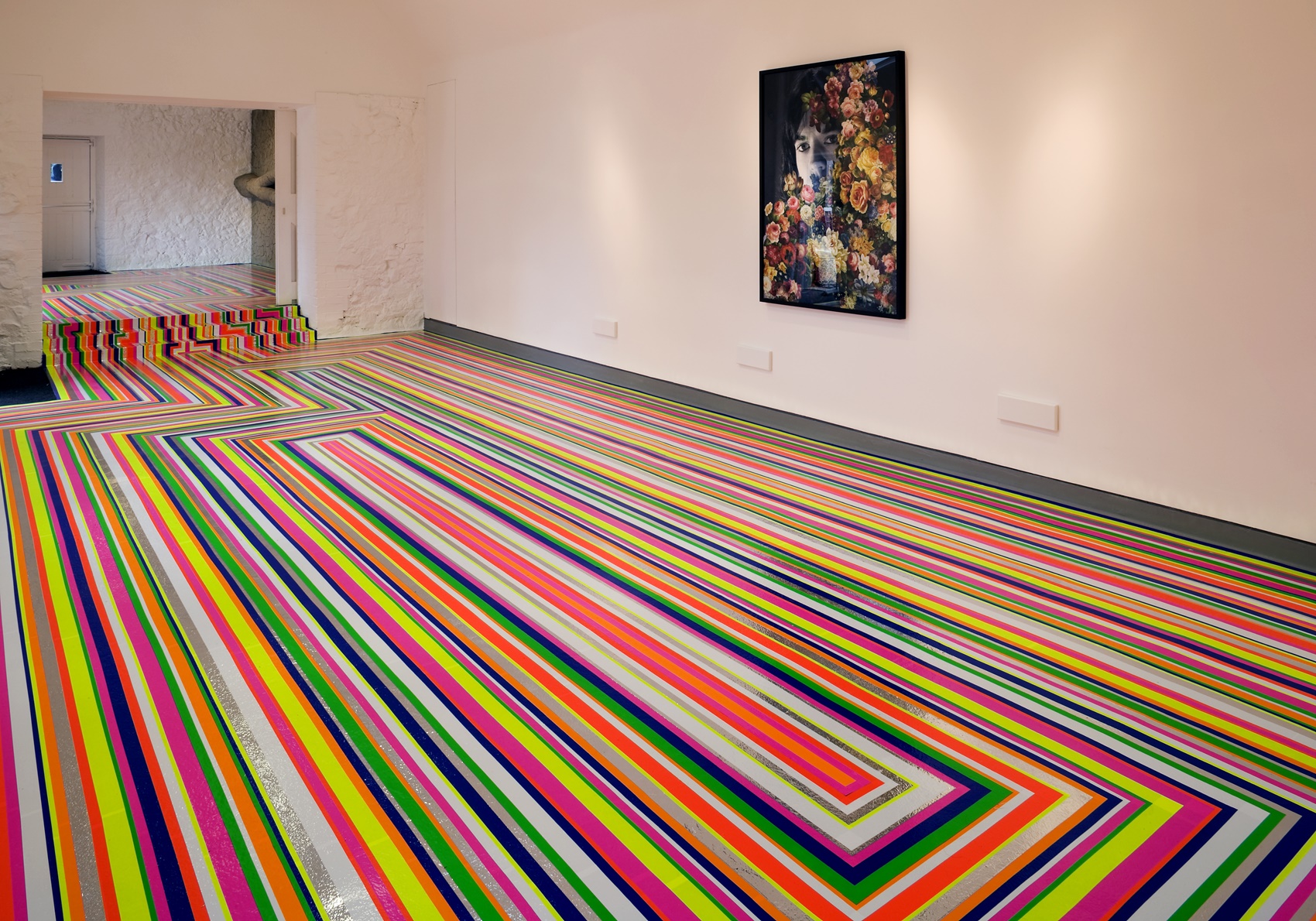 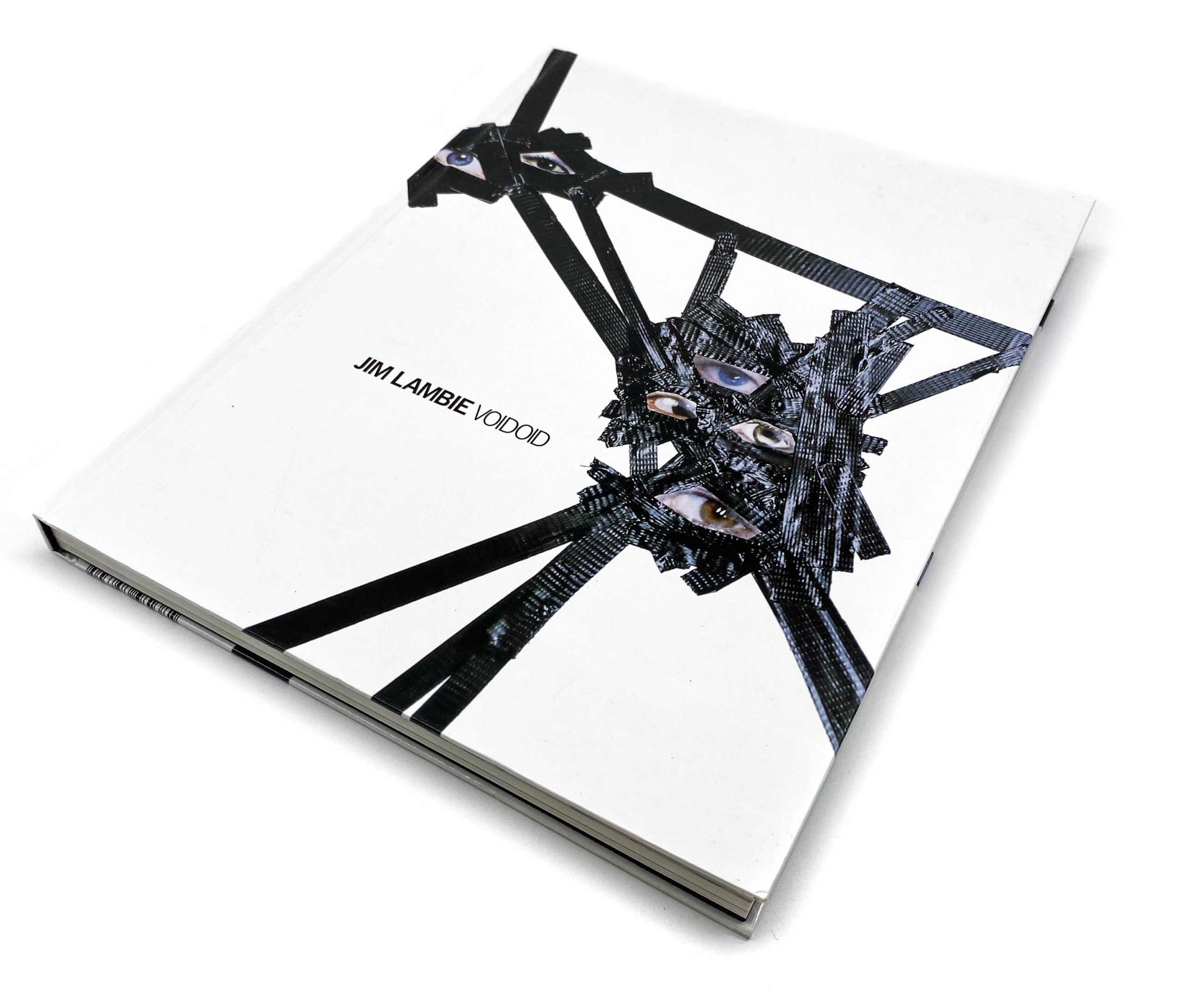