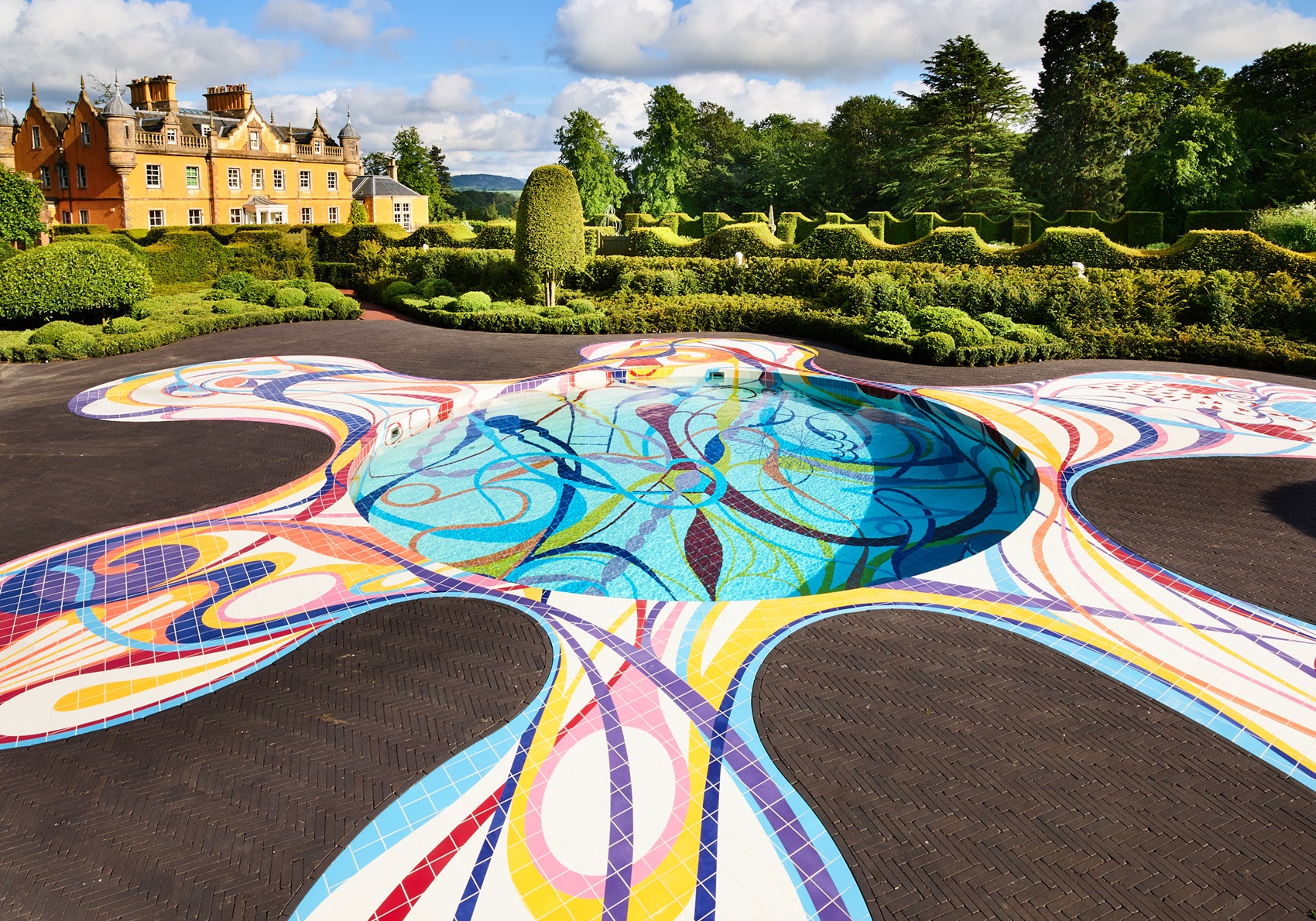 Gateway is an artwork integrated within a fully functioning swimming pool and landscaped garden. The pool is nine-metres in diameter and is made up of vibrant, hand-painted, Portuguese tiles. 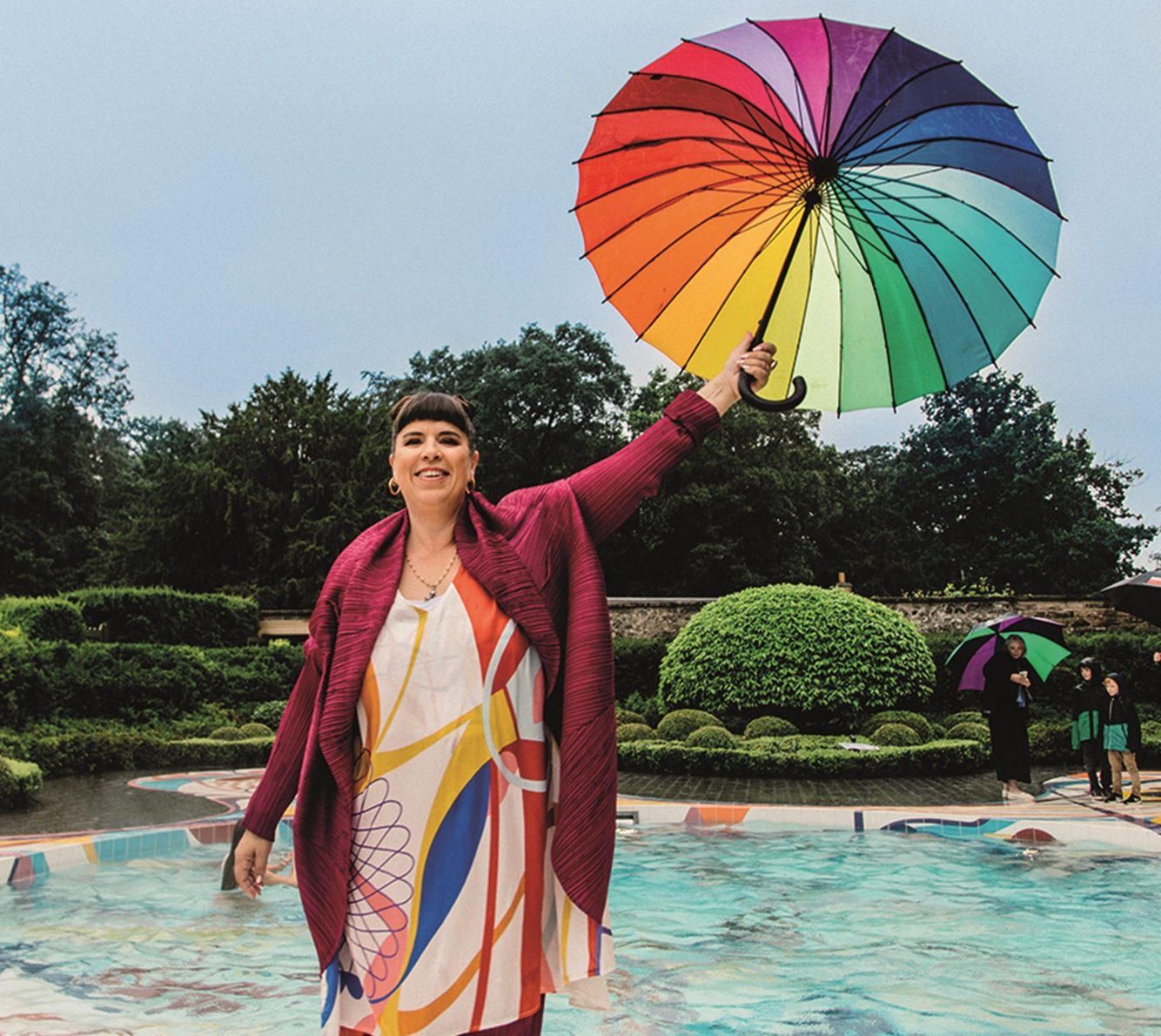 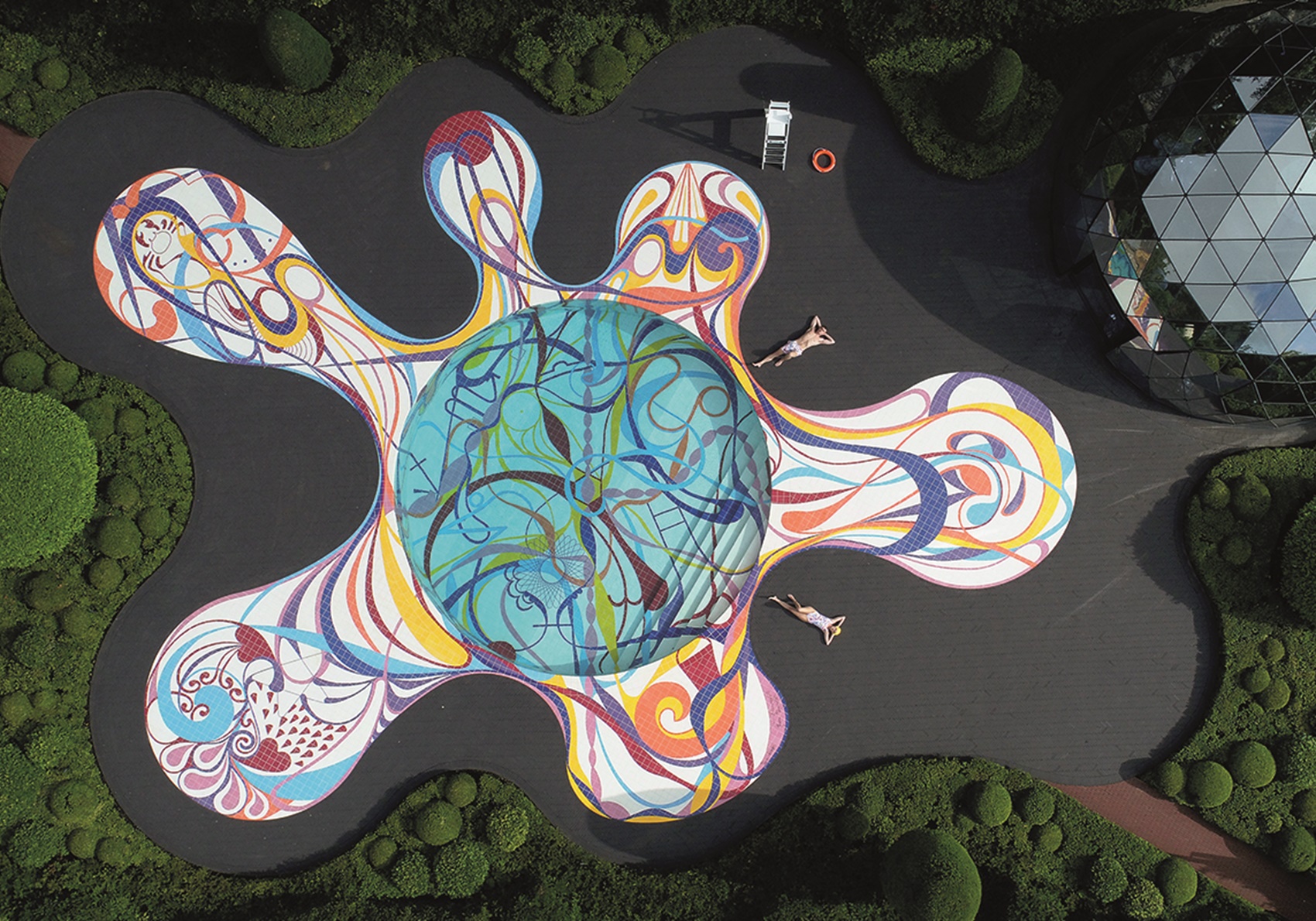 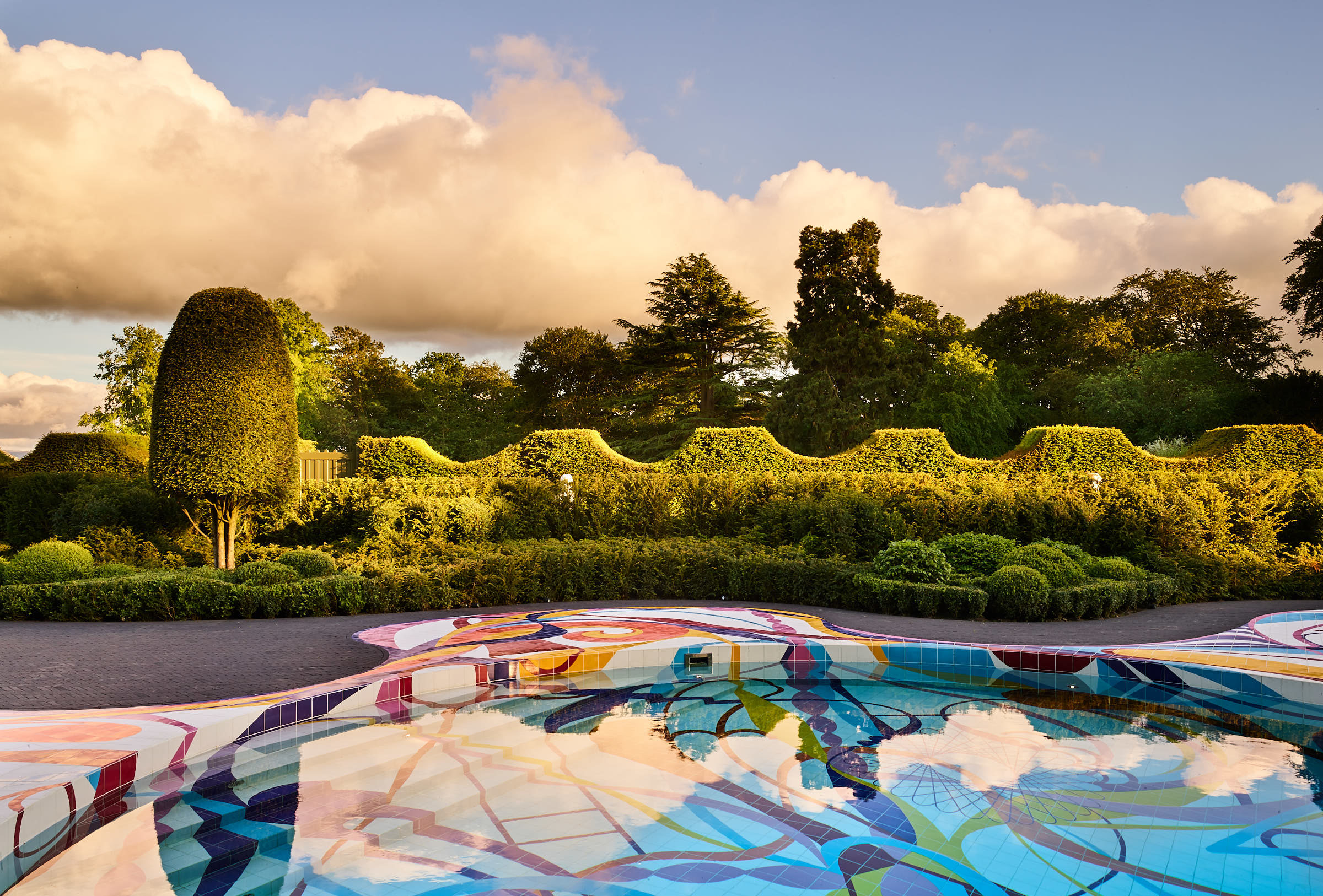 The opening of Gateway was part of a programme that celebrated the tenth anniversary of Jupiter Artland and coincided with a temporary exhibition of Vasconcelos’ sculptural work.

Gateway draws inspiration from the ley lines that are said to intersect at the site of Jupiter Artland. These ley lines are believed by some to channel earthly energy, connecting sacred and spiritual sites across the world.

Vasconcelos has incorporated patterns from her own astrological chart into the design of the artwork, which is made up of 11,366 hand-painted and glazed tiles, crafted using traditional methods at a 100-year-old factory in Vasconcelos’ native Portugal. Each tile is one of a kind and was developed by Viúva Lamego and Atelier Joana Vasconcelos. There are no duplicate tiles throughout the entire artwork. Like so much of Vasconcelos’ work, Gateway is collectively formed, and the final result is a vast communal labour and celebration of the intricacies and social-political associations of the act of craftsmanship.

“Gateway is a big splash that invites the public to immerse in a joyful and spirited dimension, leading to a connection with the energy of the Earth. It’s like a threshold to another universe that we’re not conscious of but through which we can flow.”
Joana Vasconcelos 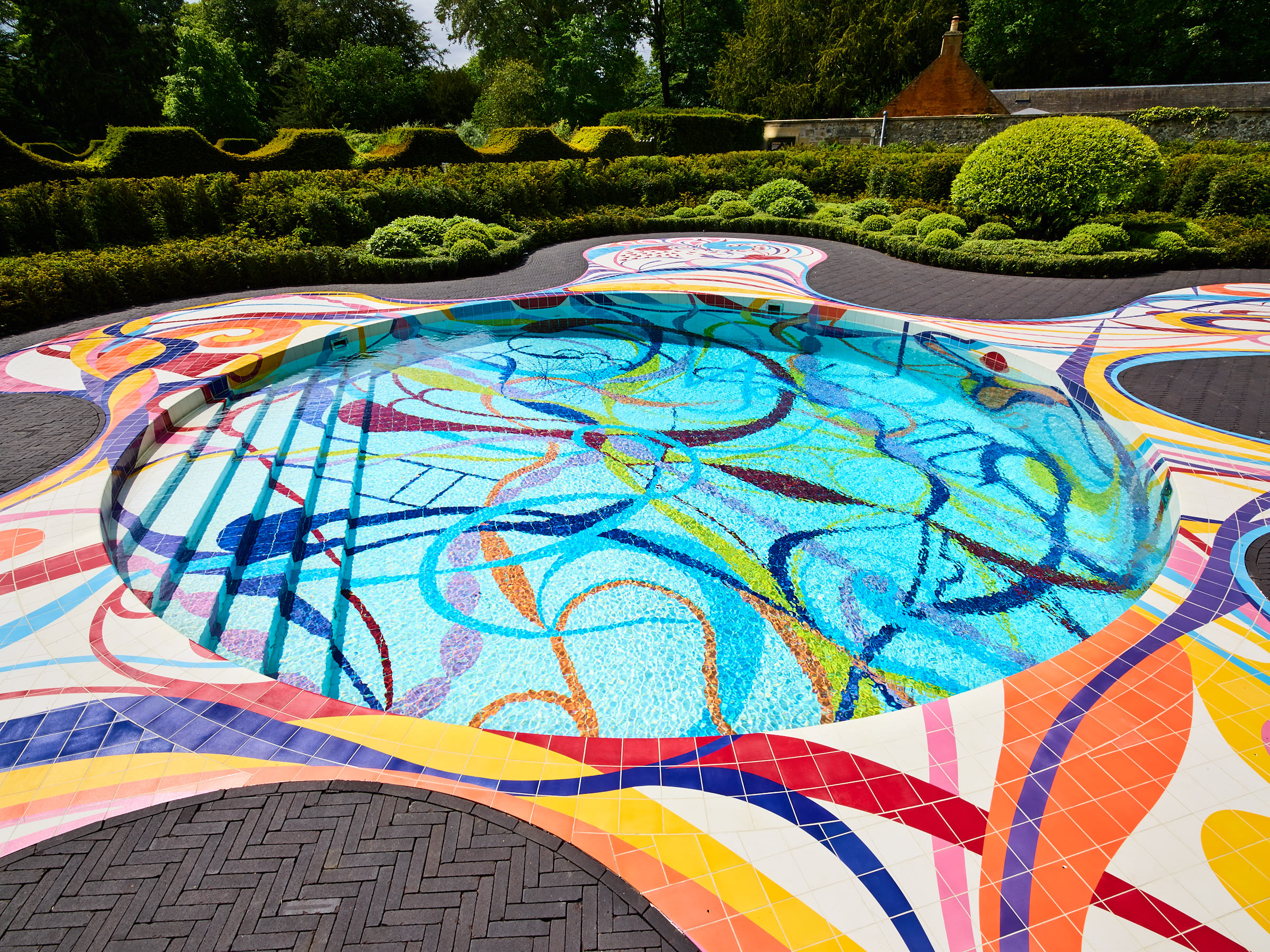 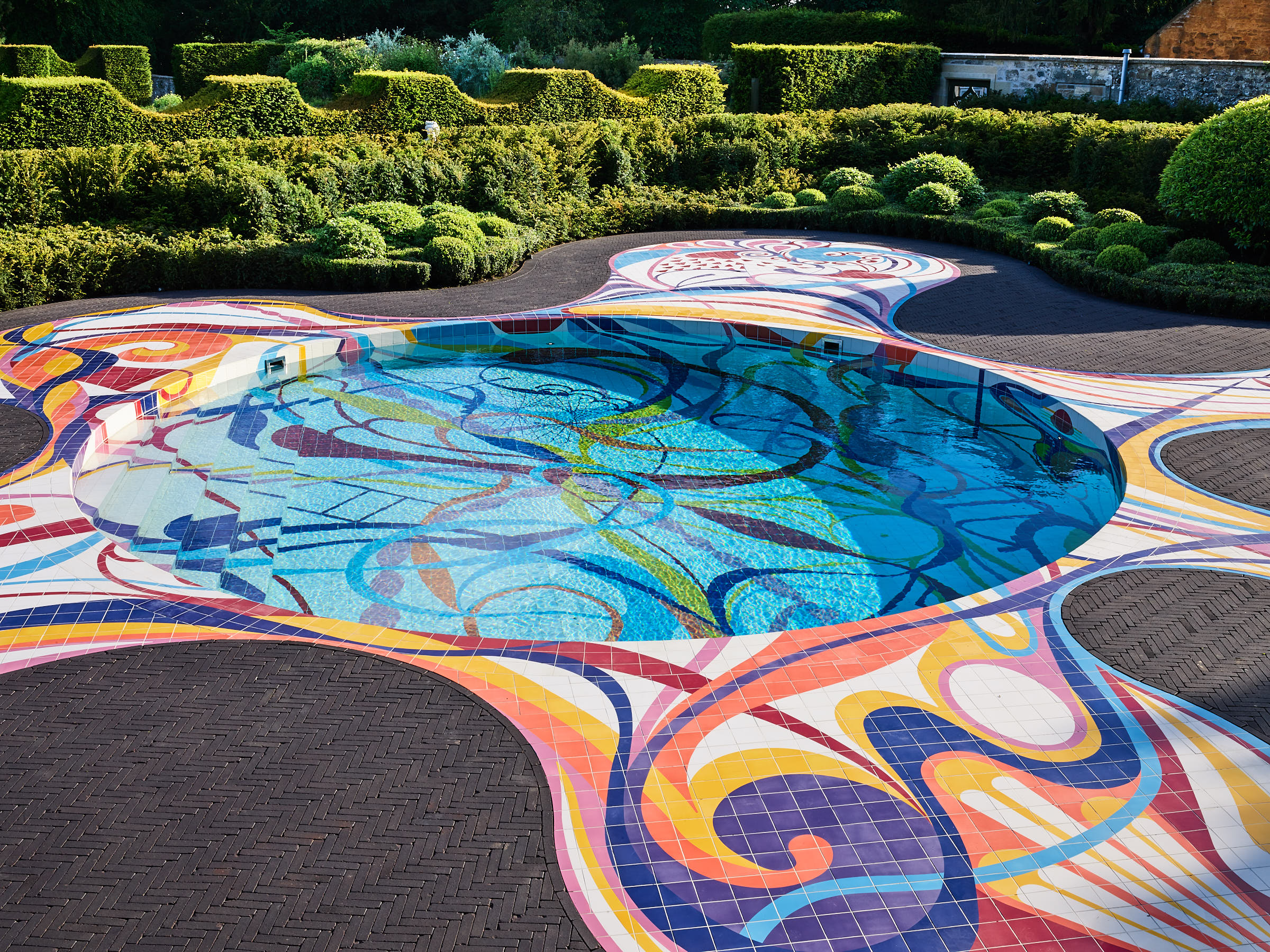 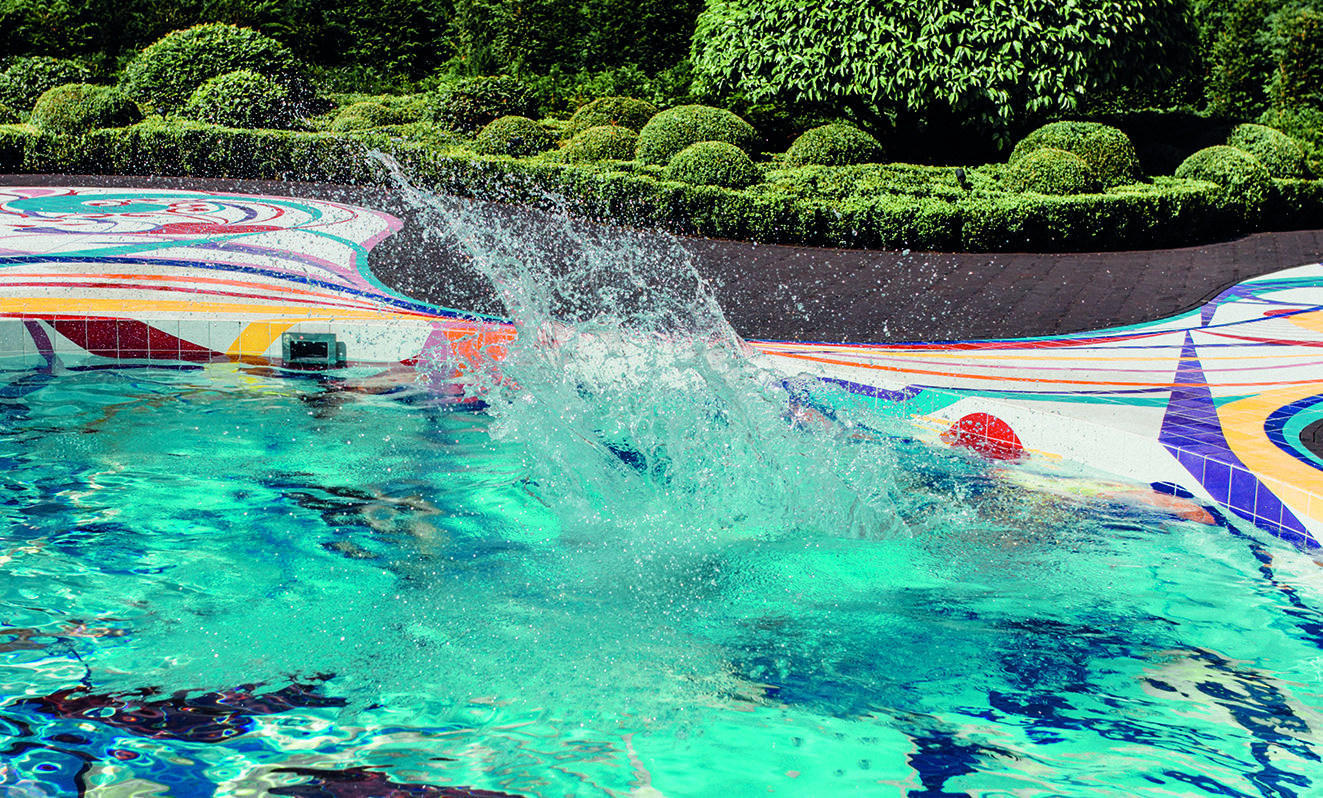 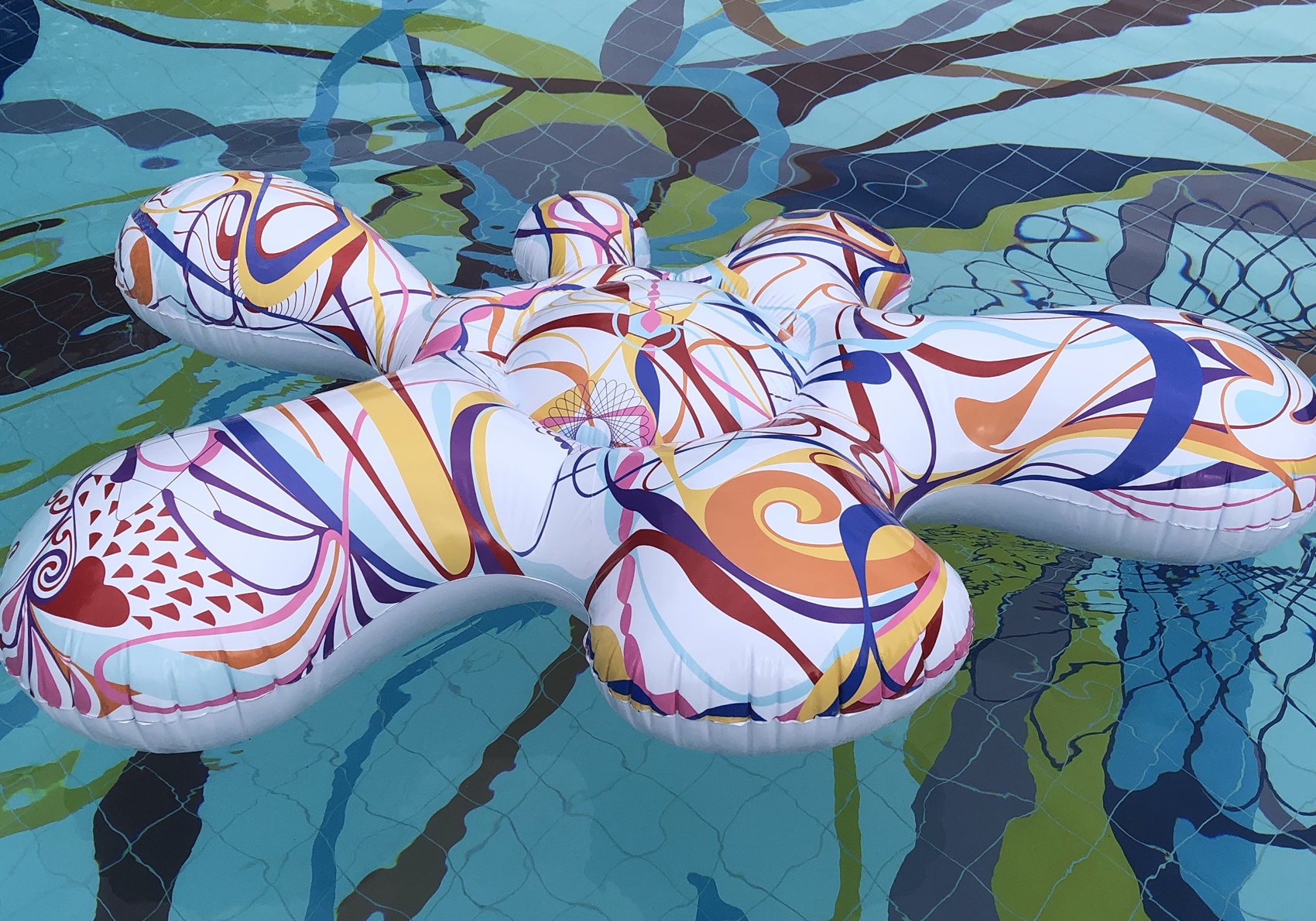 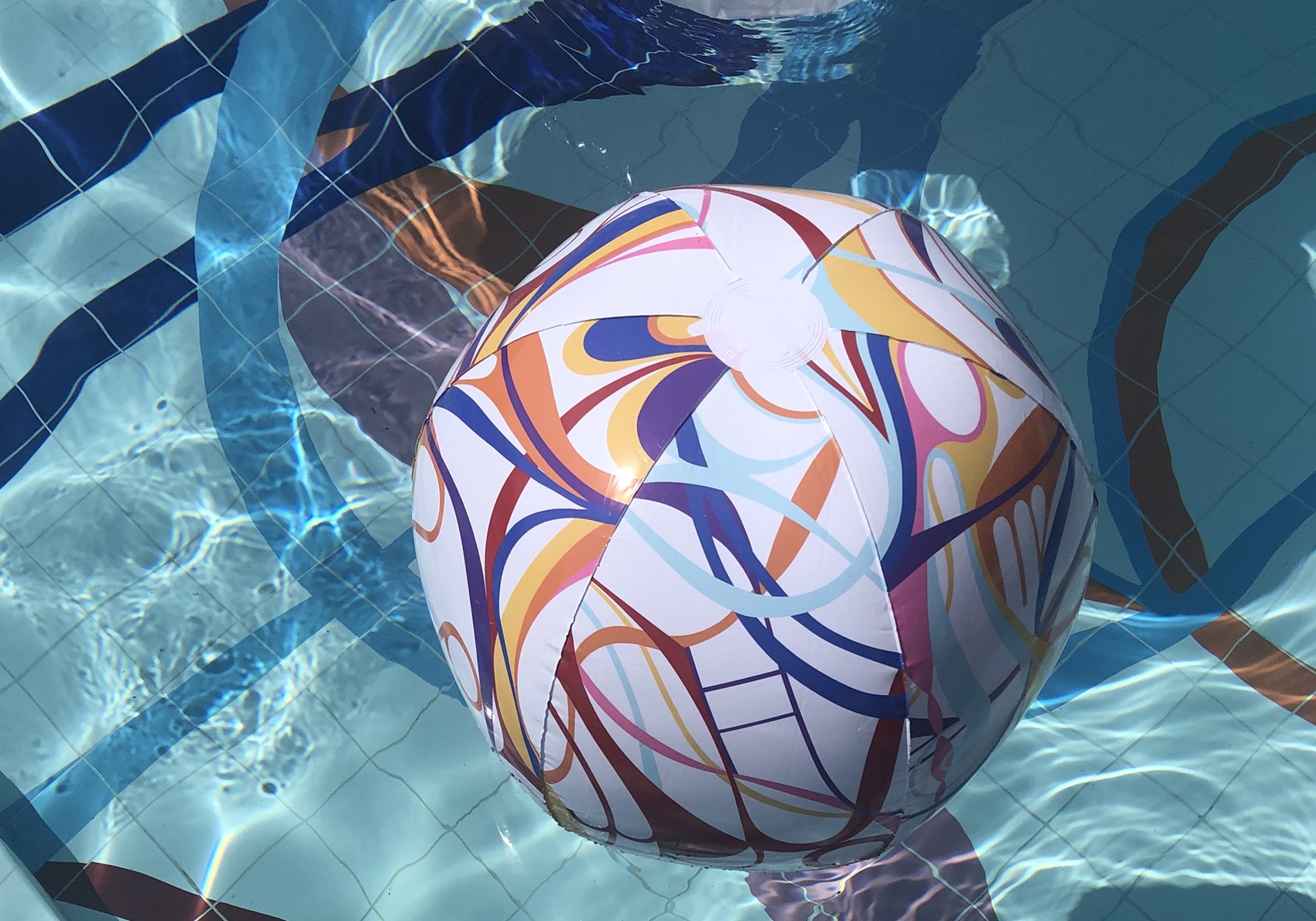 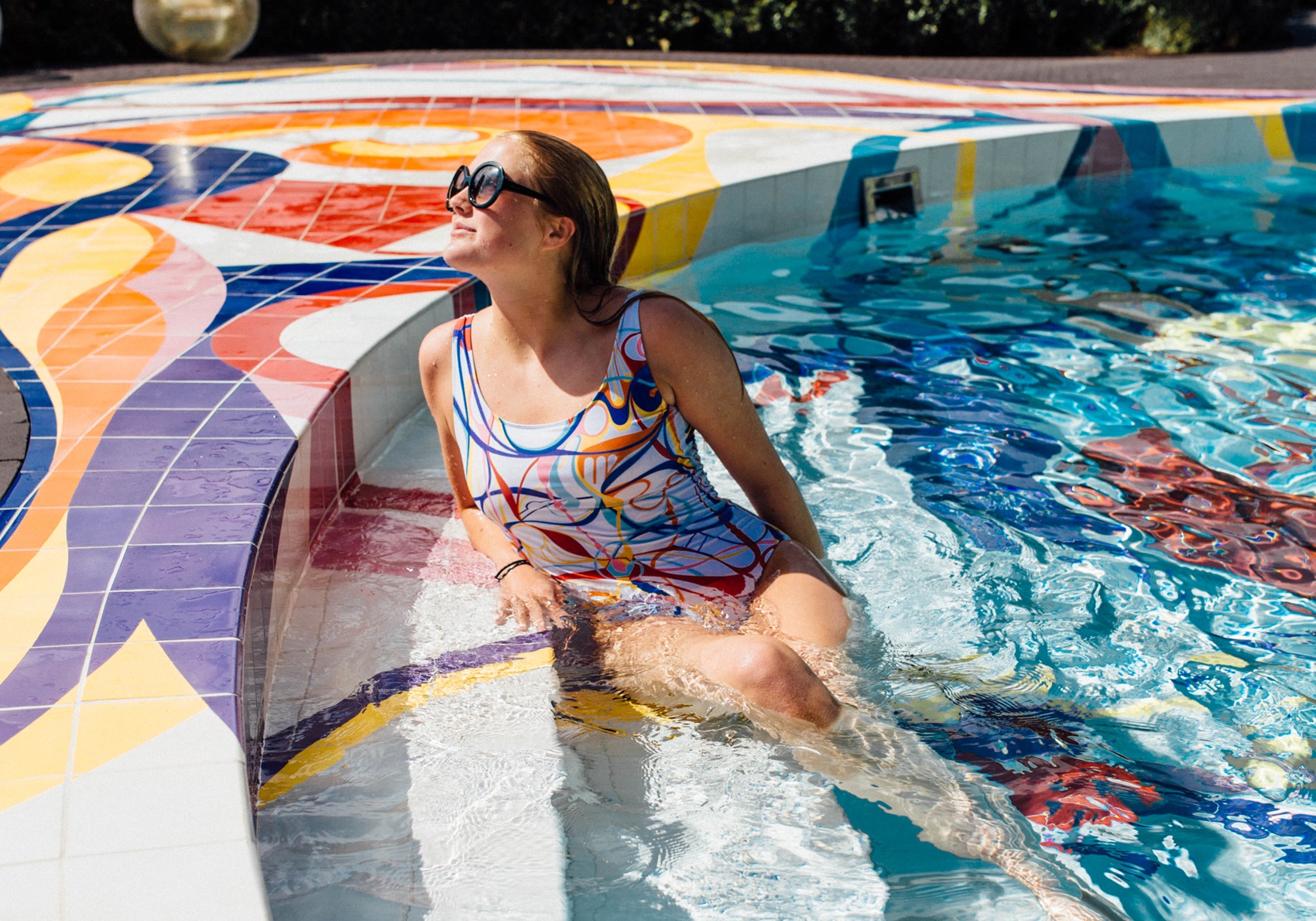 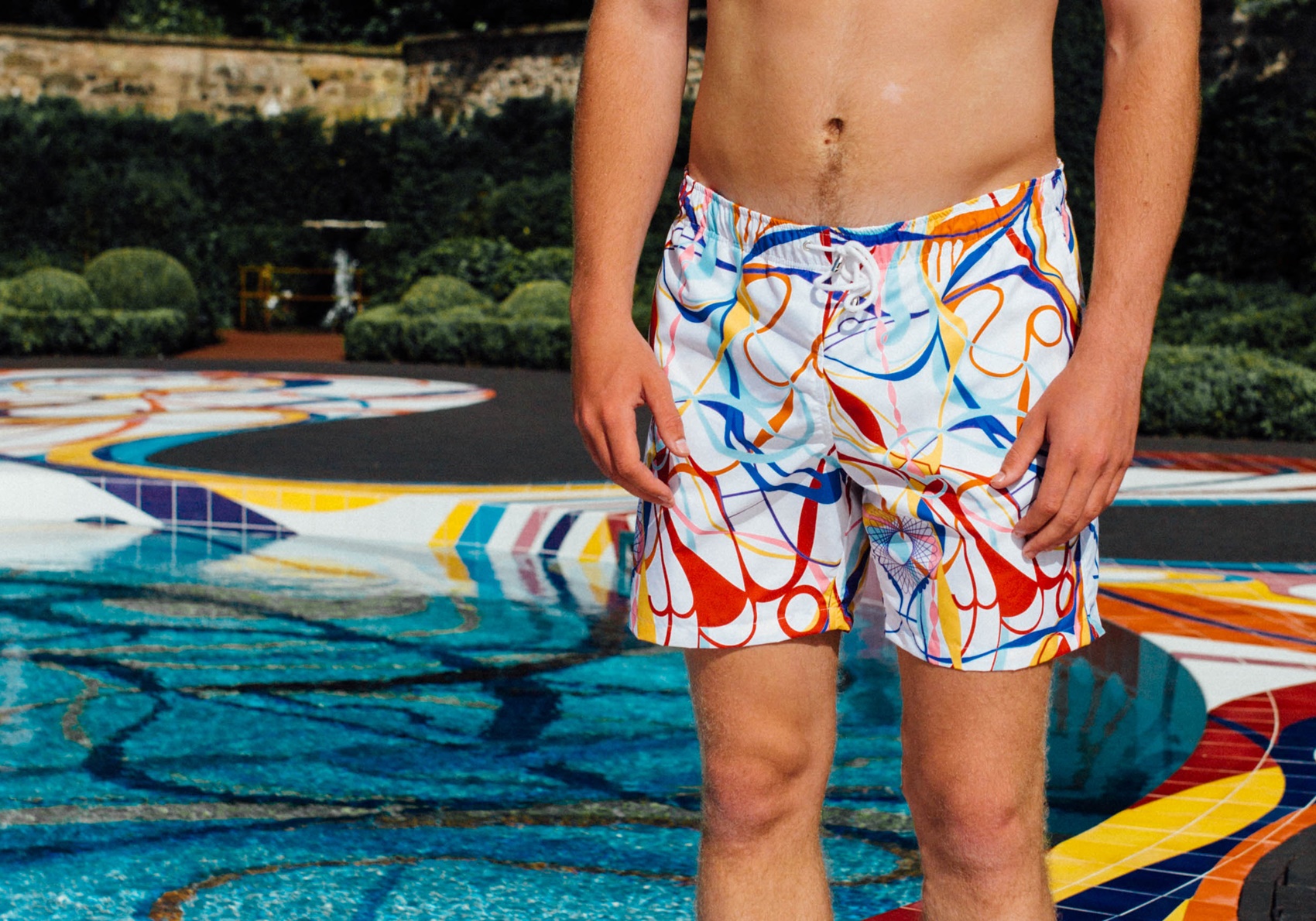