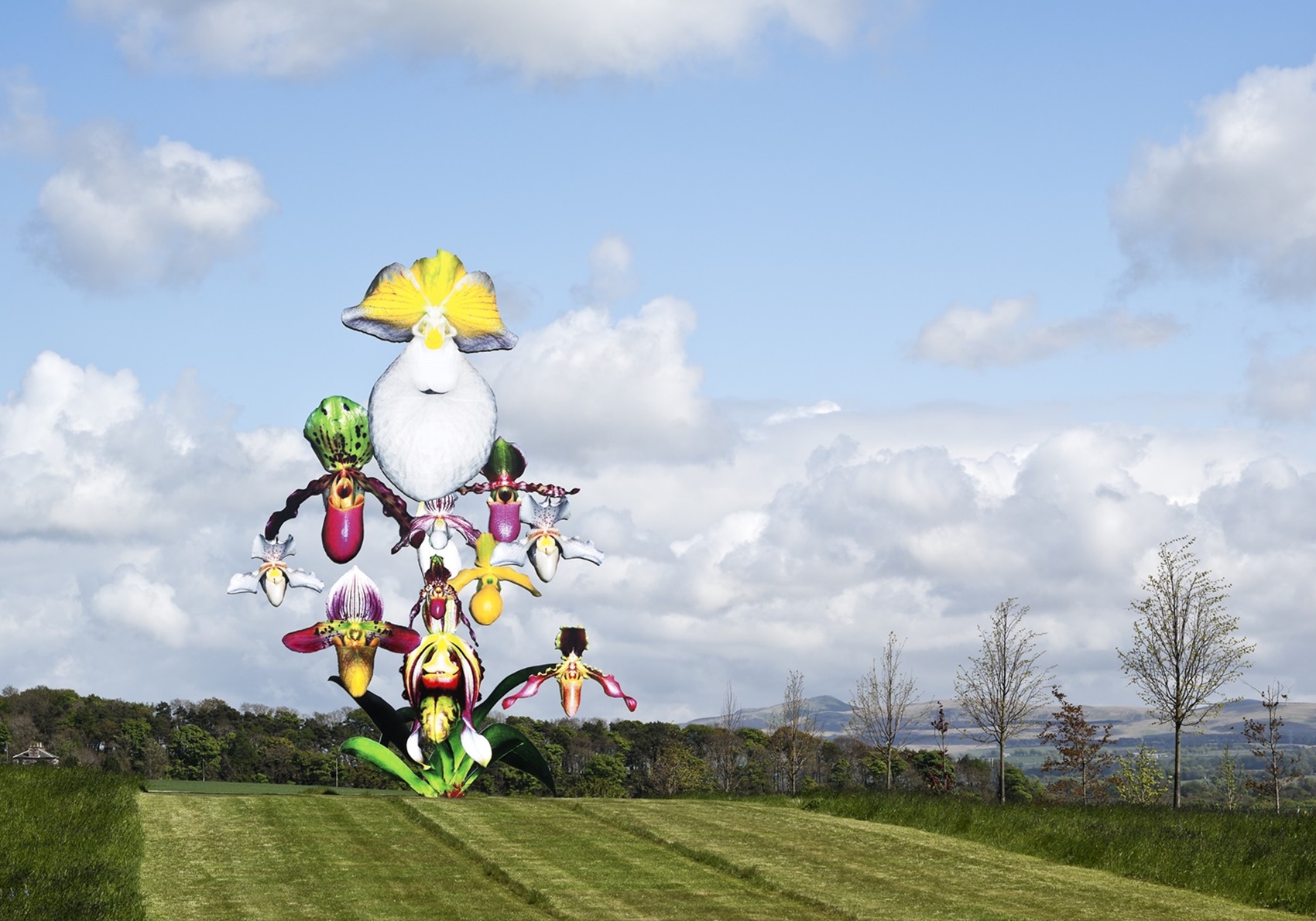 ‘Love Bomb’ was specially commissioned for Jupiter Artland. The 12-metre-high orchid is the largest work from the series of sculptures, ‘Garden’ (2000), a walk through installation that brought together thousands of flowers frozen ‘forever’ in an impossibly perfect botanical situation.

These series meditate on the human obsession with beauty, and the tragic fact that it is impossible to maintain – a subject, which has long plagued and inspired artists to create something which transcends the flesh to aspire to the eternal. In ‘Love Bomb’ the most modern technologies are used to create a modified flower, at once monstrous and seductively beautiful, to demonstrate the ways in which human desires are now shaping the natural world. 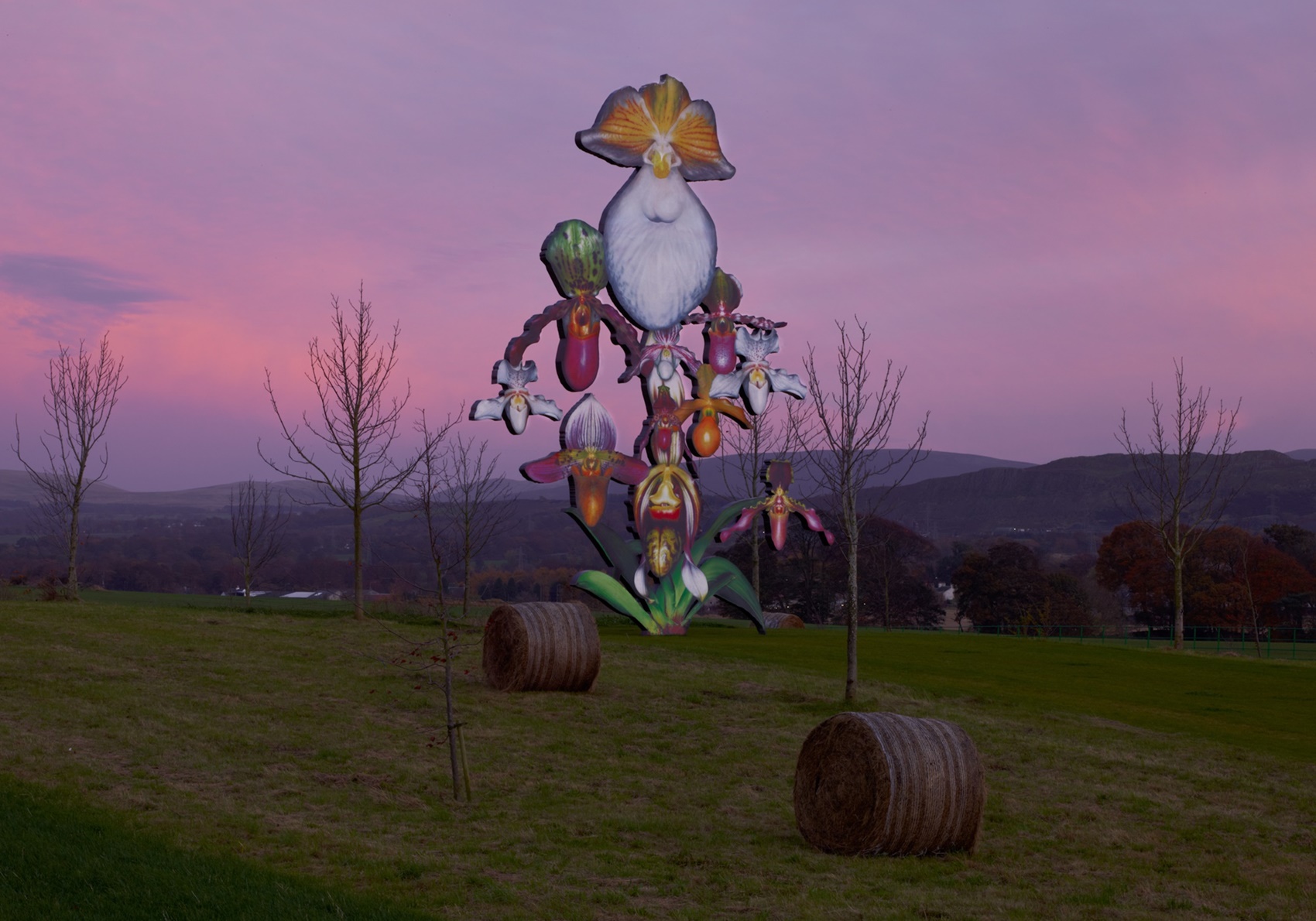 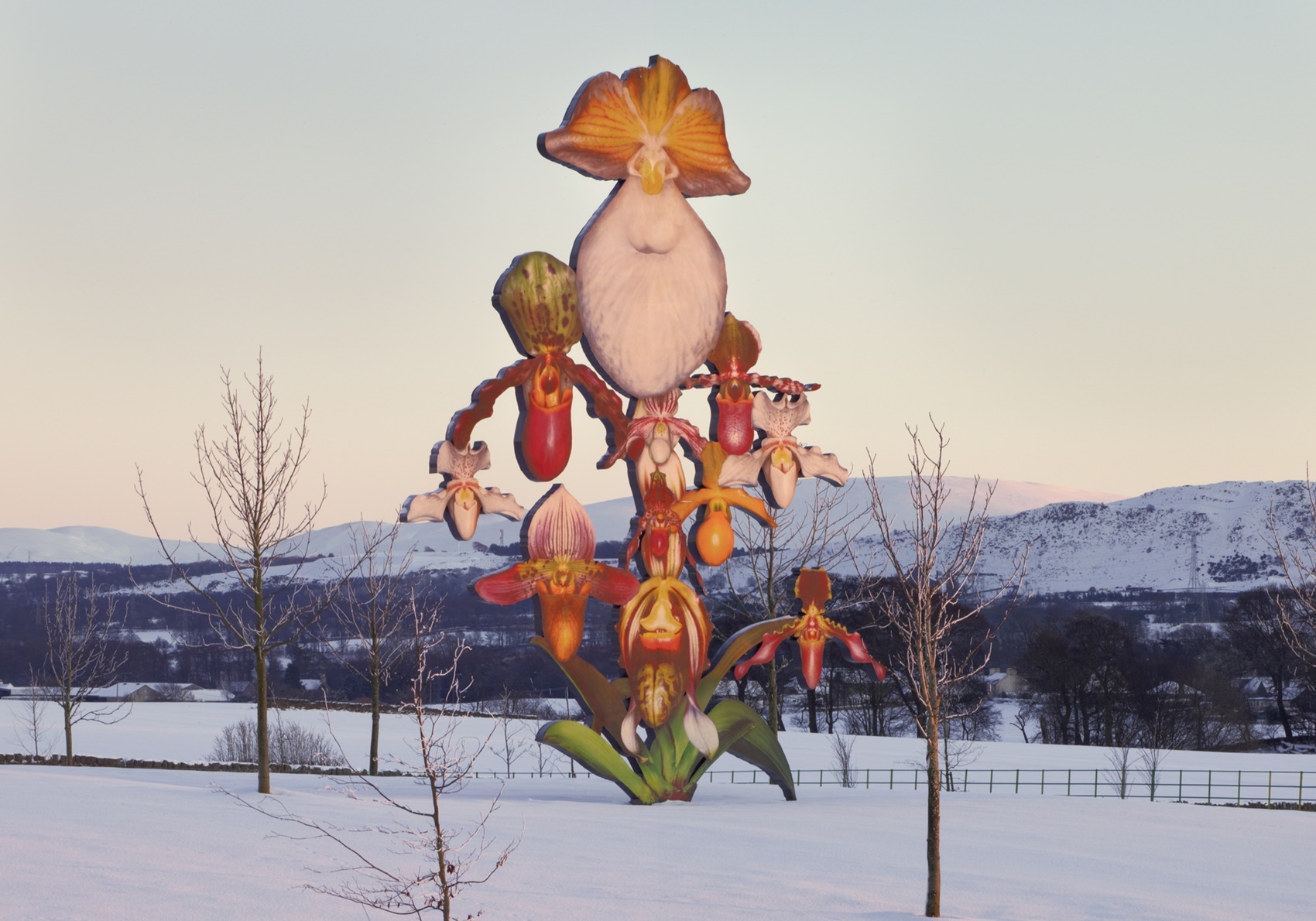 Marc Quinn’s wide-ranging oeuvre displays a preoccupation with the mutability of the body and the dualisms that define human life: spiritual and physical, surface and depth, cerebral and sexual. Using an uncompromising array of materials, from ice and blood to glass, marble or lead, Quinn develops these paradoxes into experimental, conceptual works that are mostly figurative in form.

Quinn’s sculpture, paintings and drawings often deal with the distanced relationship we have with our bodies, highlighting how the conflict between the ‘natural’ and ‘cultural’ has a grip on the contemporary psyche. In 1999, Quinn began a series of marble sculptures of amputees as a way of re-reading the aspirations of Greek and Roman statuary and their depictions of an idealised whole. One such work depicted Alison Lapper – a woman born without arms – when she was heavily pregnant. Quinn subsequently enlarged this work to make it a major piece of public art for the fourth plinth of Trafalgar Square. Other key themes in his work include genetic modification and hybridism. Quinn has also explored the potential artistic uses of DNA, making a portrait of a sitter by extracting strands of DNA and placing it in a test-tube. ‘DNA Garden’ (2001), contains the DNA of over 75 plant species as well as 2 humans: a re-enactment of the Garden of Eden on a cellular level. Quinn’s diverse and poetic work meditates on our attempts to understand or overcome the transience of human life through scientific knowledge and artistic expression.