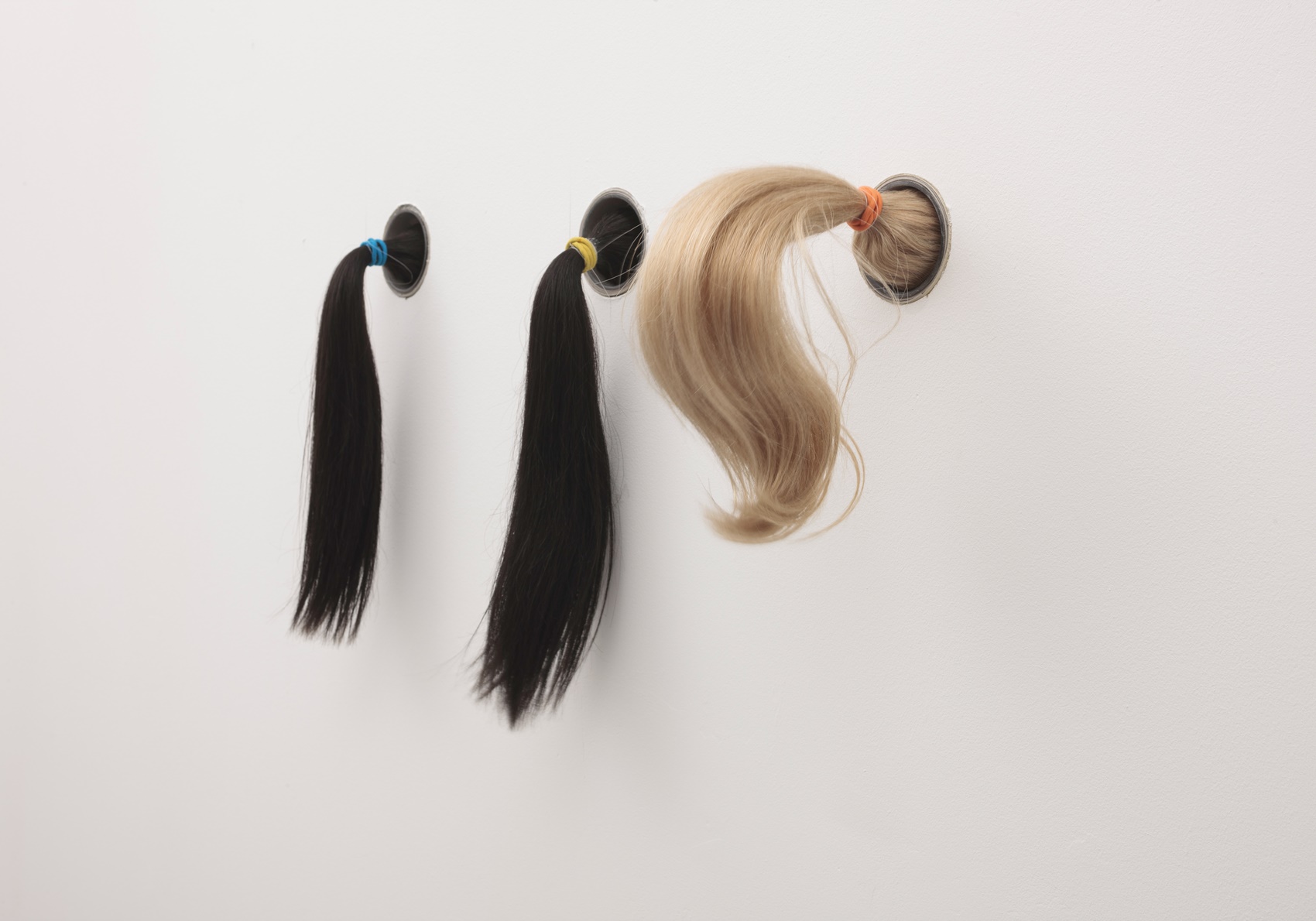 Born in Buenos Aires and educated in Israel, artist Mika Rottenberg has been living and working in New York for over ten years. Working primarily within film, Mika sees video as a medium, a place in which things can happen and narratives can unfold. With video works that cast female protagonists into a world of heightened interaction, she features muses based on unique physical eccentricities, provoking the audience to consider human value in an age of commodity culture. 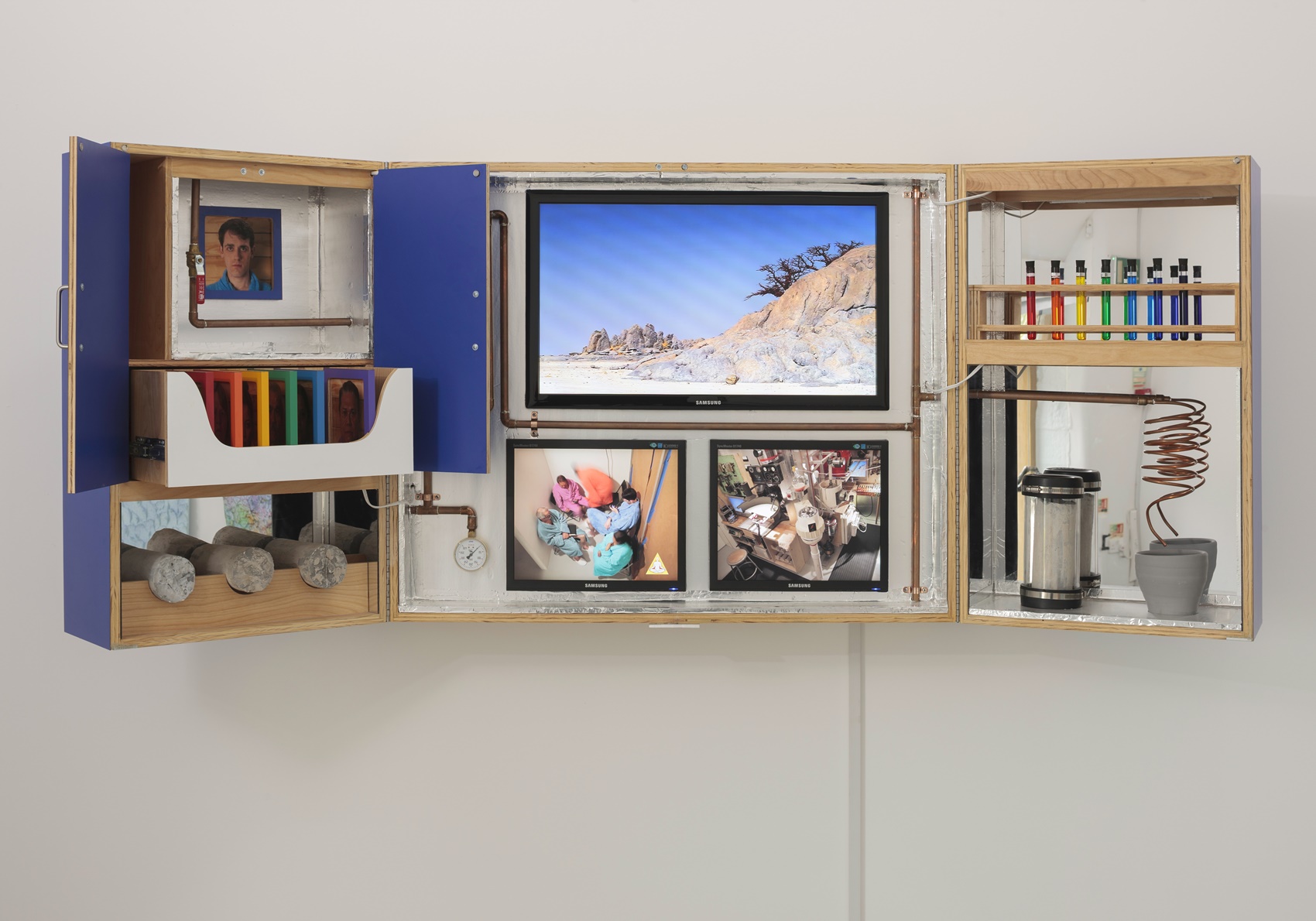 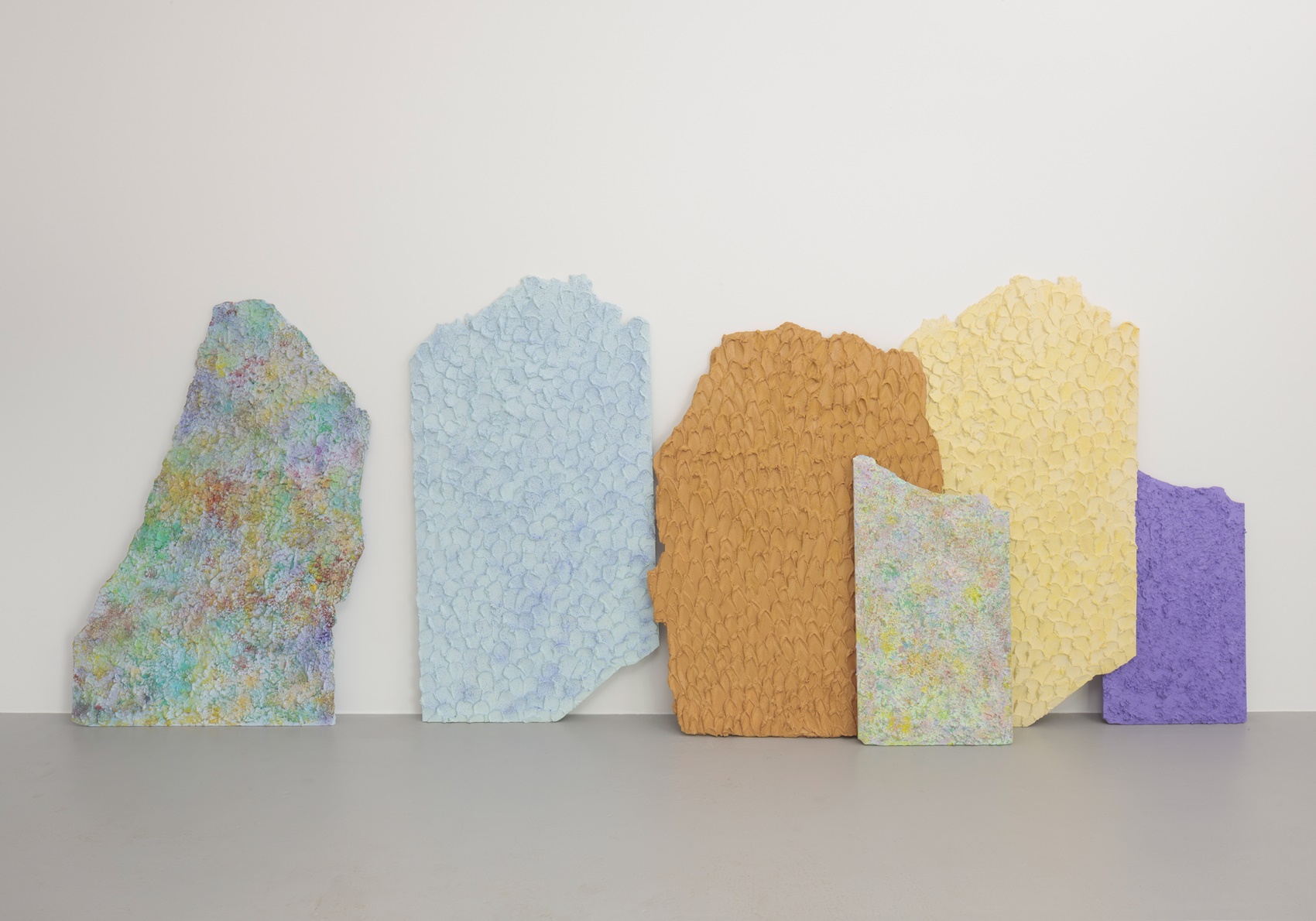 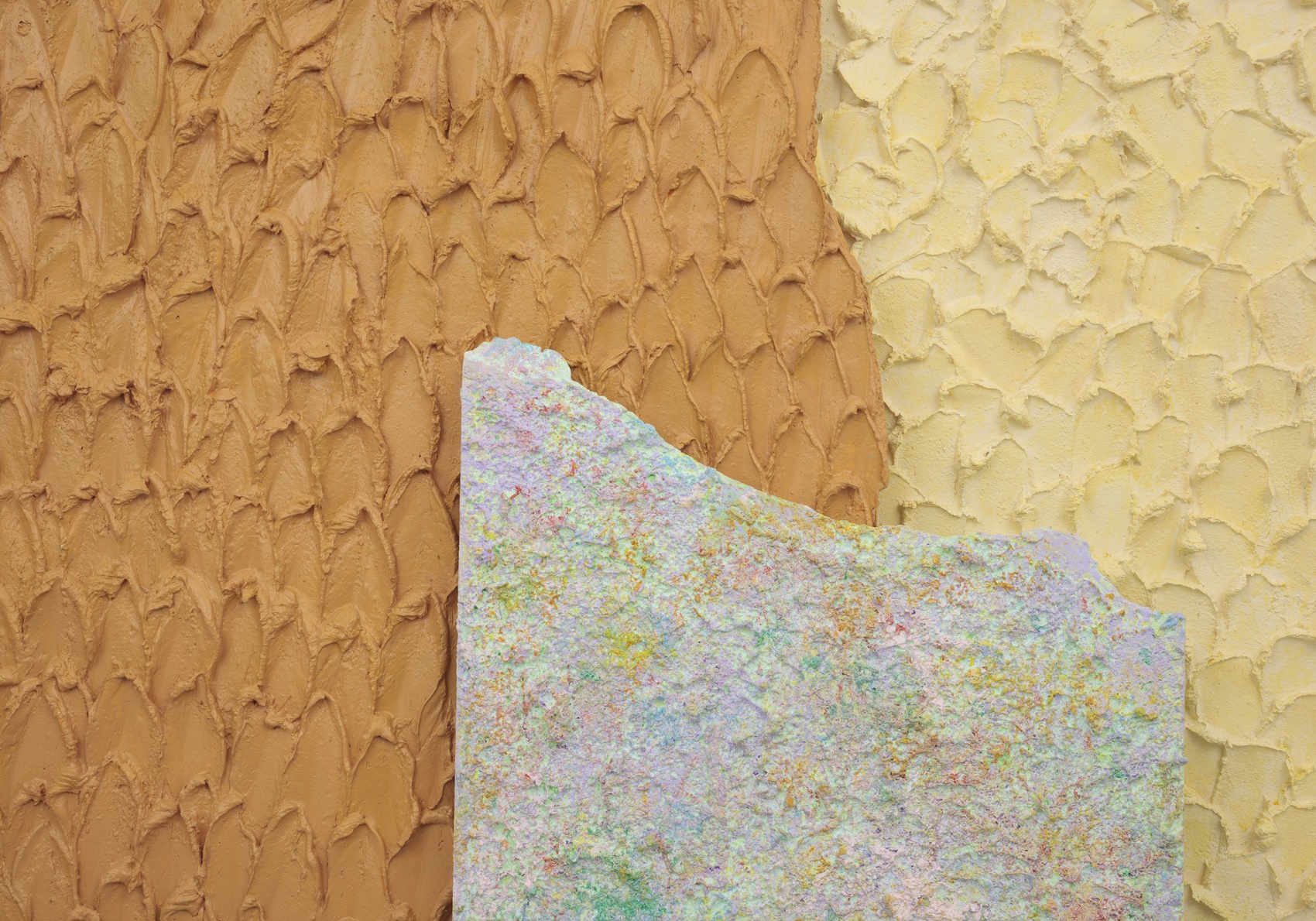 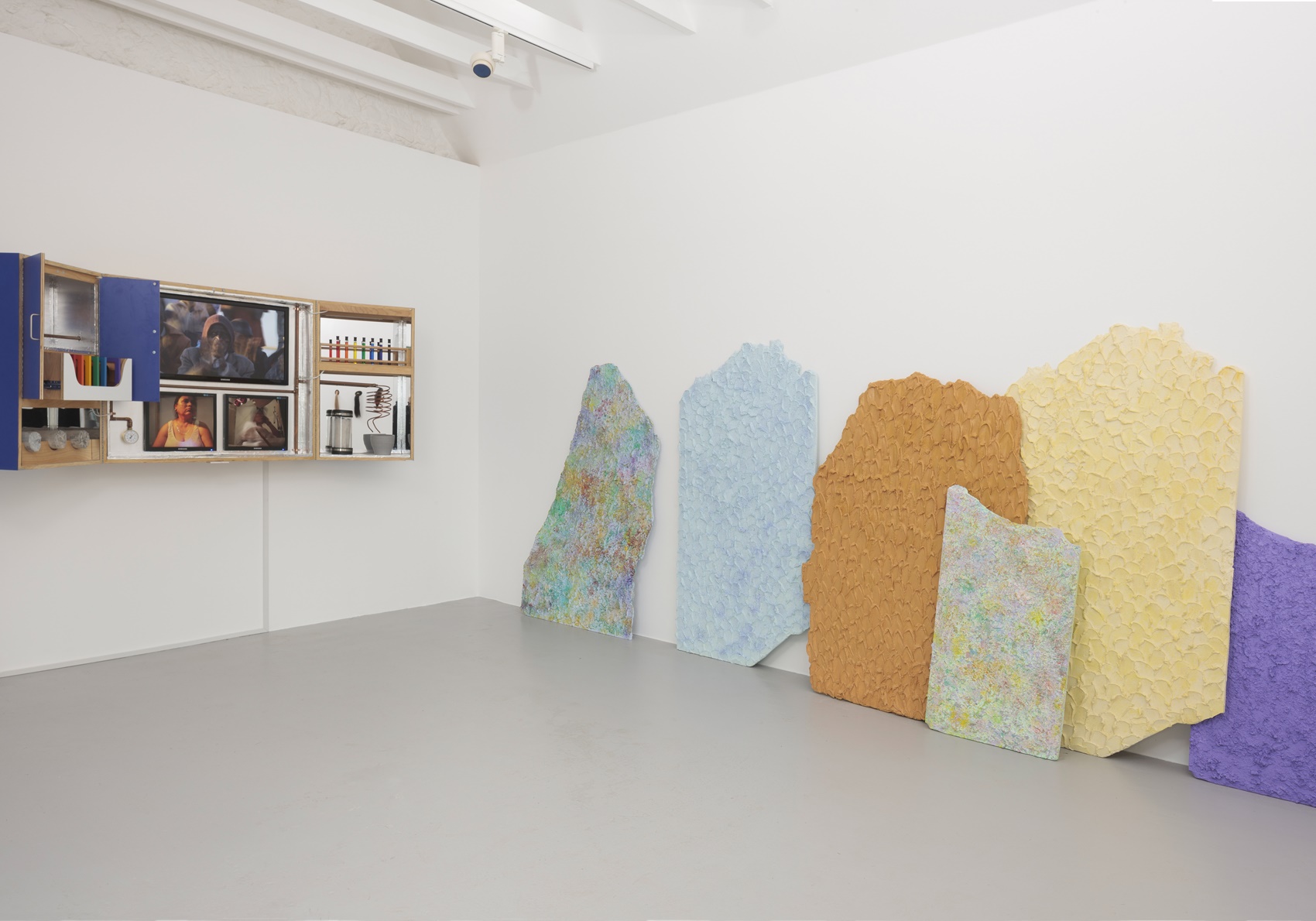 Resonating with the aesthetic captured within her films, Mika’s work at Jupiter Artland combines sculptural and film elements, to create an installation that immerses the viewer into this surreal landscape. Exhibited within the Goldsworthy room the gallery sees a multimedia collection that is both surreal and captivating.

The artist often screens her videos within built environments that mimic the fantastical constructed realms featured within her films. Created with sculpture and video artist Jon Kessler, the work exhibited on the left side wall of the gallery, entitled Seven (2012) combines Mika’s surreal and obsessive narratives with Jon’s kinetic sculpture. Cased within a display cabinet featuring scientific equipment from test tubes to copper coils, the videos merge into the environment around, blurring the line between the two mediums. Centered on the construction of a mystery elixir, the narrative takes us from the chemistry lab to the plains of Africa, following the ritualistic extraction of this ‘Chakra Juice’, a product of human sweat. Playing over three separate screens the 37 minute film collapses film time and real time into the gallery, engaging the audience with its mission.

On the opposite wall, mechanical work Ponytails (2014) sets an eerie, more ambiguous tone. A set of three ponytails twitch and flick, emerging through holes in the wall, we consider where their owners hide. Their isolated and repetitive movements provoke the view focus on the mundane, prompting an evaluation of elements the everyday that would perhaps otherwise remain overlooked. Resonating with video work Cheese (2007), in which a family of women is presented all with unfathomably long hair, it positions hair as an external, almost alien entity.

Featuring six individual elements, the works entitled Textures, 1-6 (2013) sit against the back wall of the gallery. Constructed from Polyurethane resin, the pieces appear both artificial and organic in nature. With colours that range from sandy browns to marshmallowy pinks, the contrasting tones appear visually alluring. Engaging with the sensory titillation of Mika’s films, Texture similarly provides a sensory stimulus. Through the varying surfaces of peaks and ridges we can almost feel how the artist manipulated them, provoking our own desire to touch.