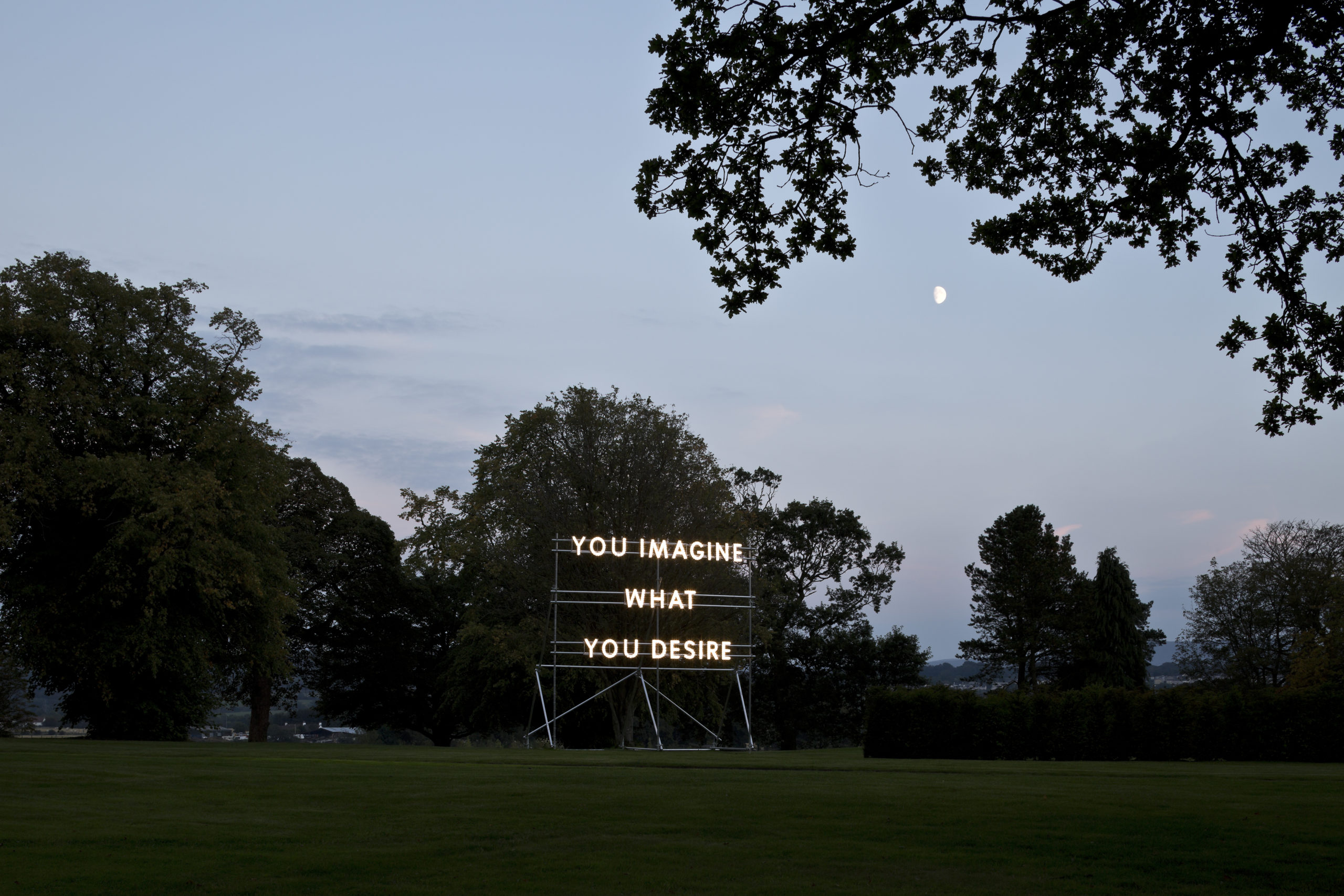 Nathan Coley: You Imagine What You Desire 2015

Nathan Coley:
You Imagine What You Desire
2015

You Imagine What You Desire is an illuminated text piece that repurposes a fragment from a quotation by George Bernard Shaw: “Imagination is the beginning of creation. You imagine what you desire, you will what you imagine and at last you create what you will.” 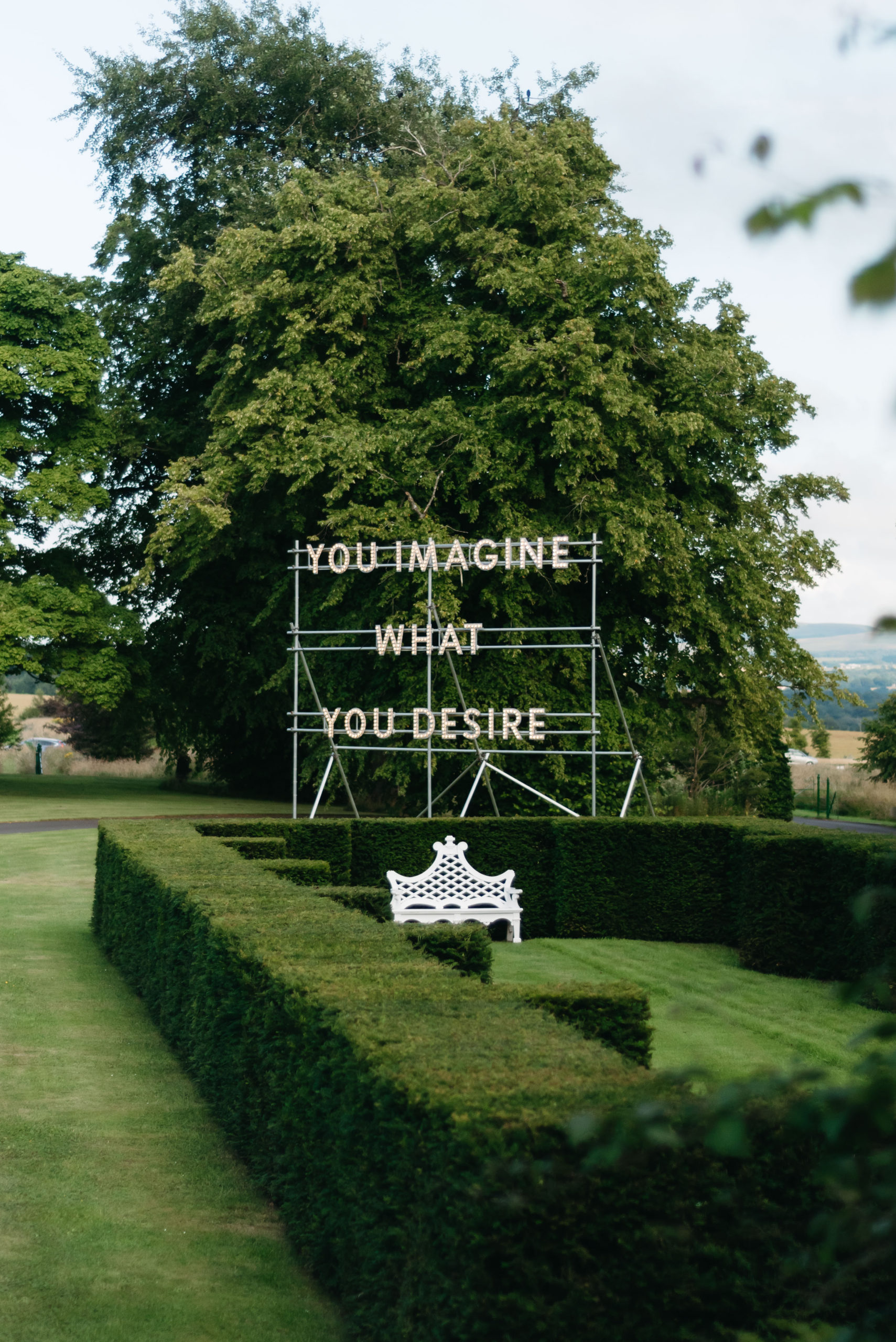 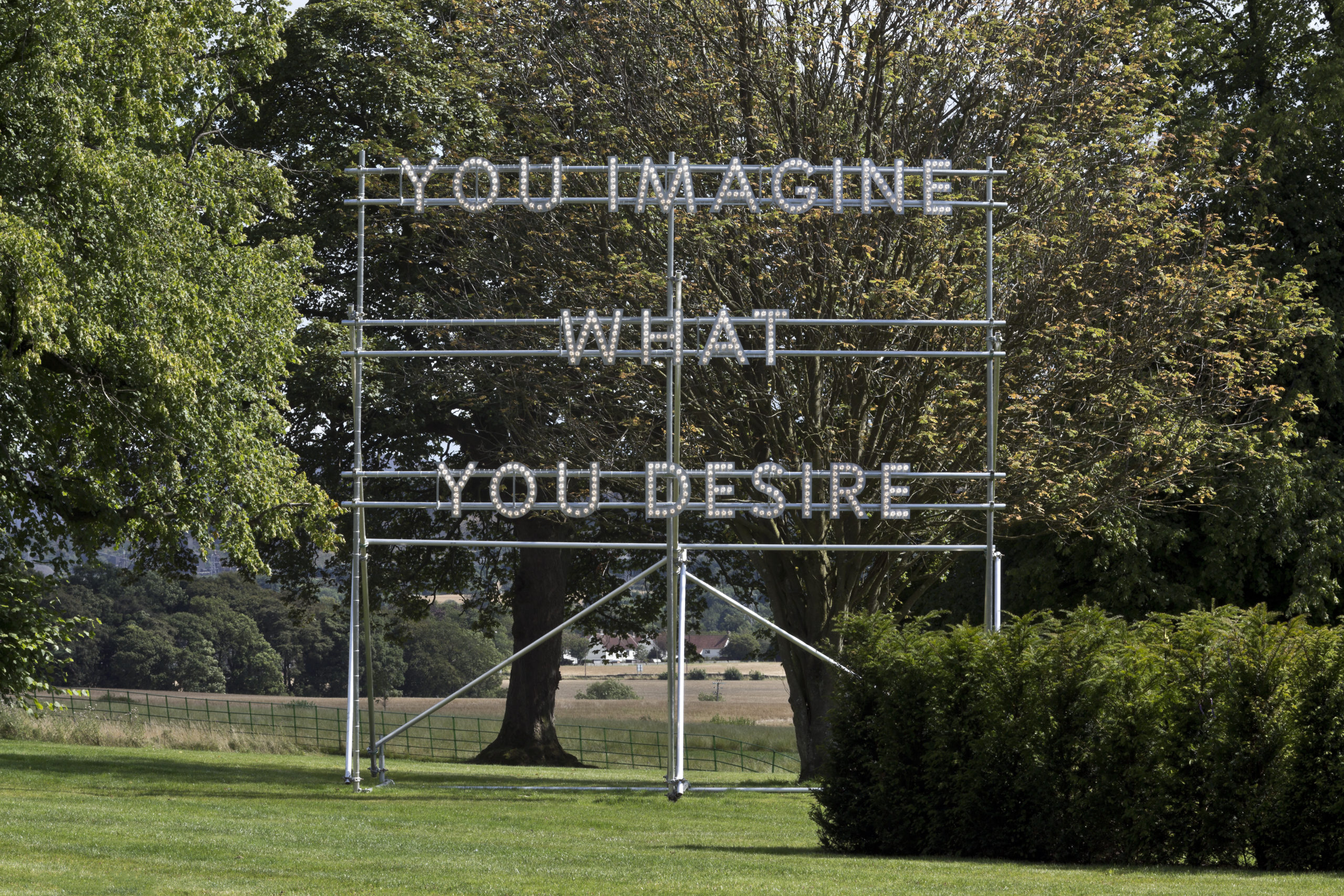 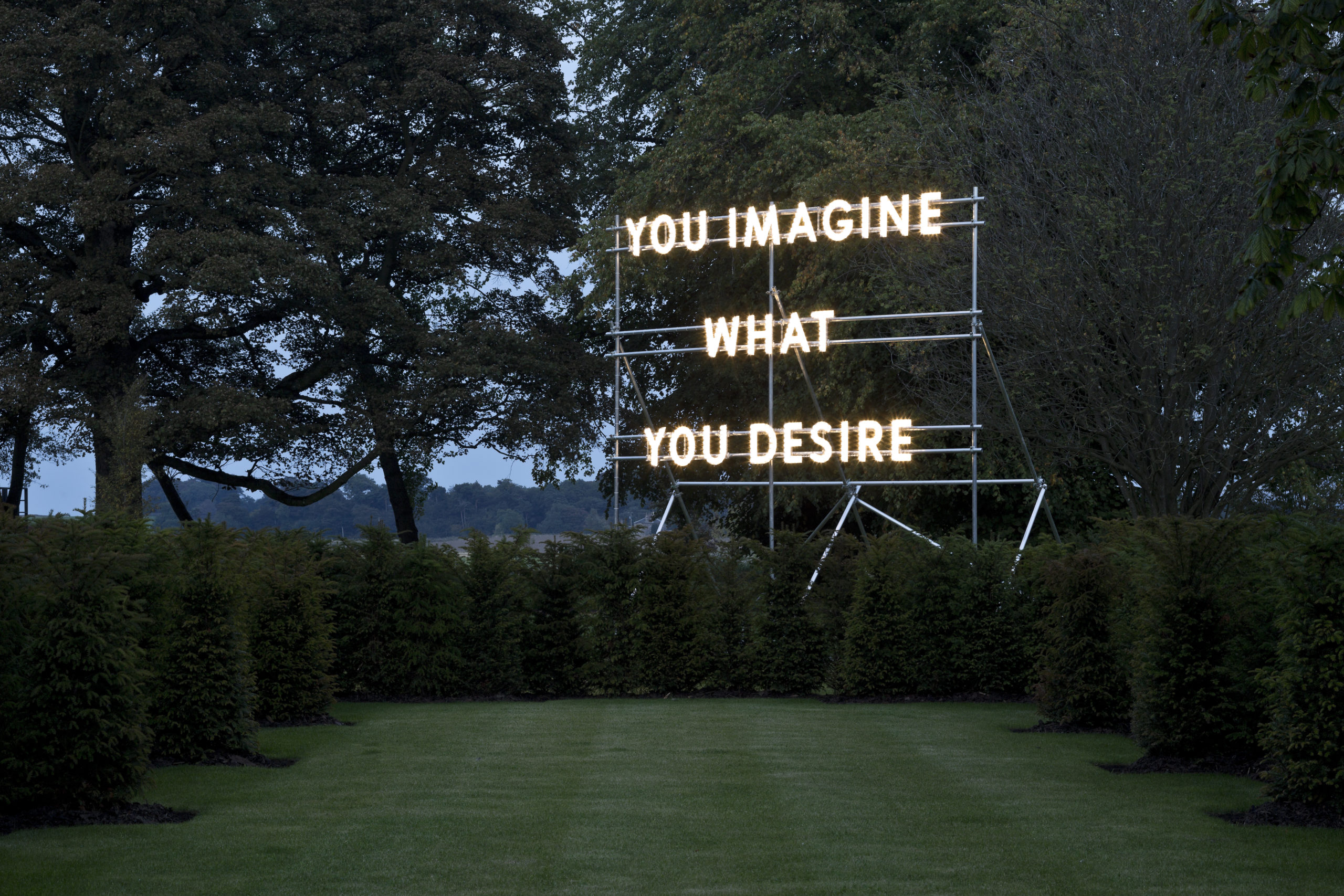 As comparison between Shaw’s text and the artist’s redacted version of it reveals, Coley has drawn out an ambiguity that interrupts the flow from desire to imagination to creation. In Coley’s text we can equally well read that the objects of our desire are imaginary as we can that imagination itself is desire-driven. In both cases, we are given much pause for thought about the extent to which we construct our world.

The declarative tone of You Imagine What You Desire echoes that of other text works by the artist, notably A Place Beyond Belief (2012), Heaven Is a Place Where Nothing Ever Happens (2008), Burn the Village, Feel the Warmth (2013) or the iconic There Will Be No Miracles Here (2006). This latter artwork was among the works that Coley showed in his Turner Prize exhibition (2007). All these, despite the very specific sources and resonances of the texts themselves, invite us to consider how language functions not just to point to things or name them, but also to create and delimit the contexts in which meaning is made.

You Imagine What You Desire was originally exhibited in Jupiter Artland’s Steadings Gallery before being permanently re-sited within the landscape of the Artland.

“I don’t really want the sculpture to be fixed by words – I want it to be fixed by the image. I am torn over the solidity of language and the fluidity of the visual image.”
Nathan Coley

Nathan Coley (b 1967, Scotland) investigates the social aspects of our built environment, working across a diverse range of media including public and gallery-based sculpture, photography, drawing, and video. Interested in public space, the artist explores how architecture comes to be invested – and reinvested – with meaning, and how through the competing practices of place these claims and significations come into conflict.

Coley was born, lives and works in Glasgow. The artist graduated from Glasgow School of Art in 1989 with a BA in Fine Art. He has enjoyed solo exhibitions at The Fruitmarket Gallery, Edinburgh (2004), the Centro Cultural de Belem, Lisbon (2001) and the Westfalischer Kunstverein, Munster (2000). 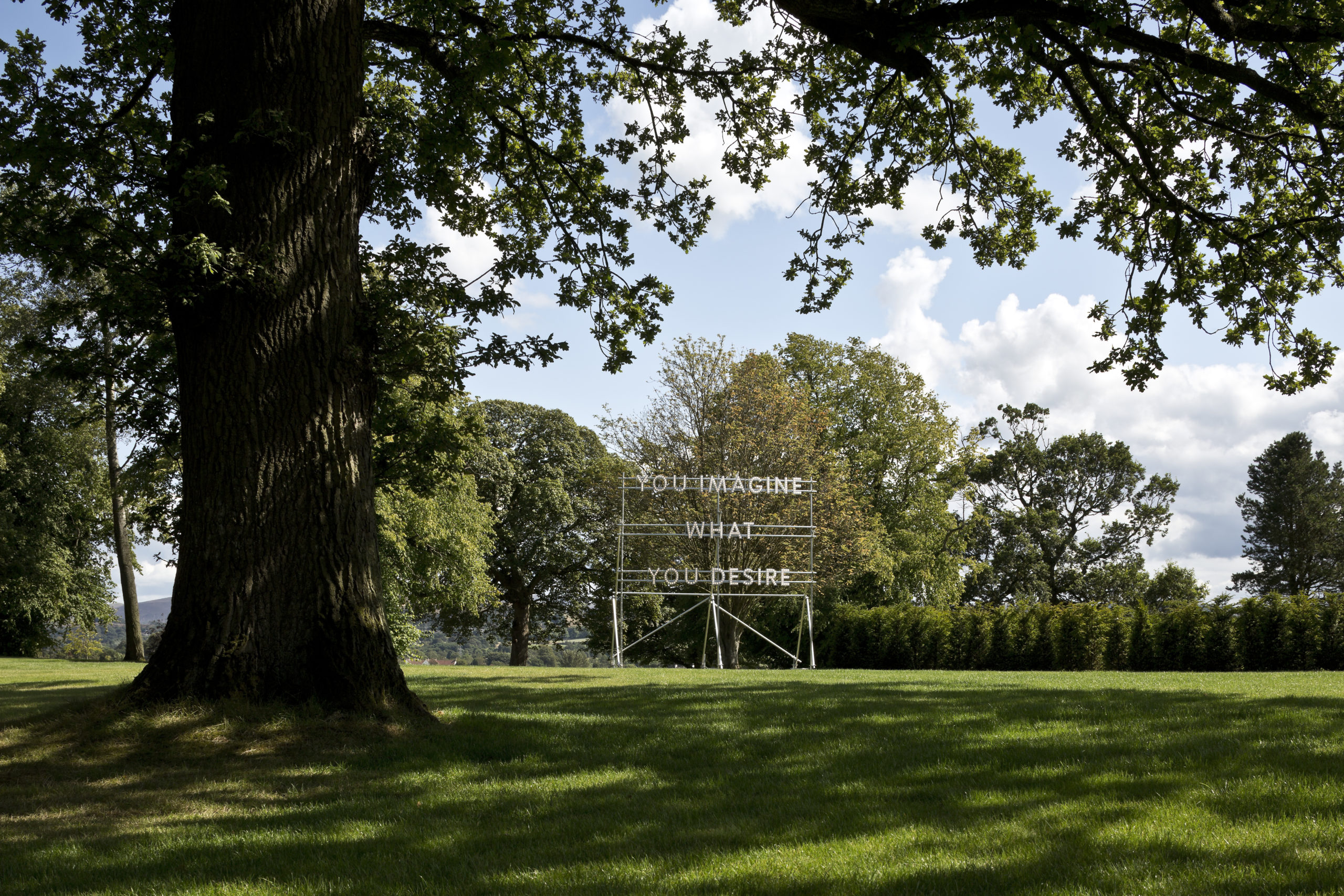 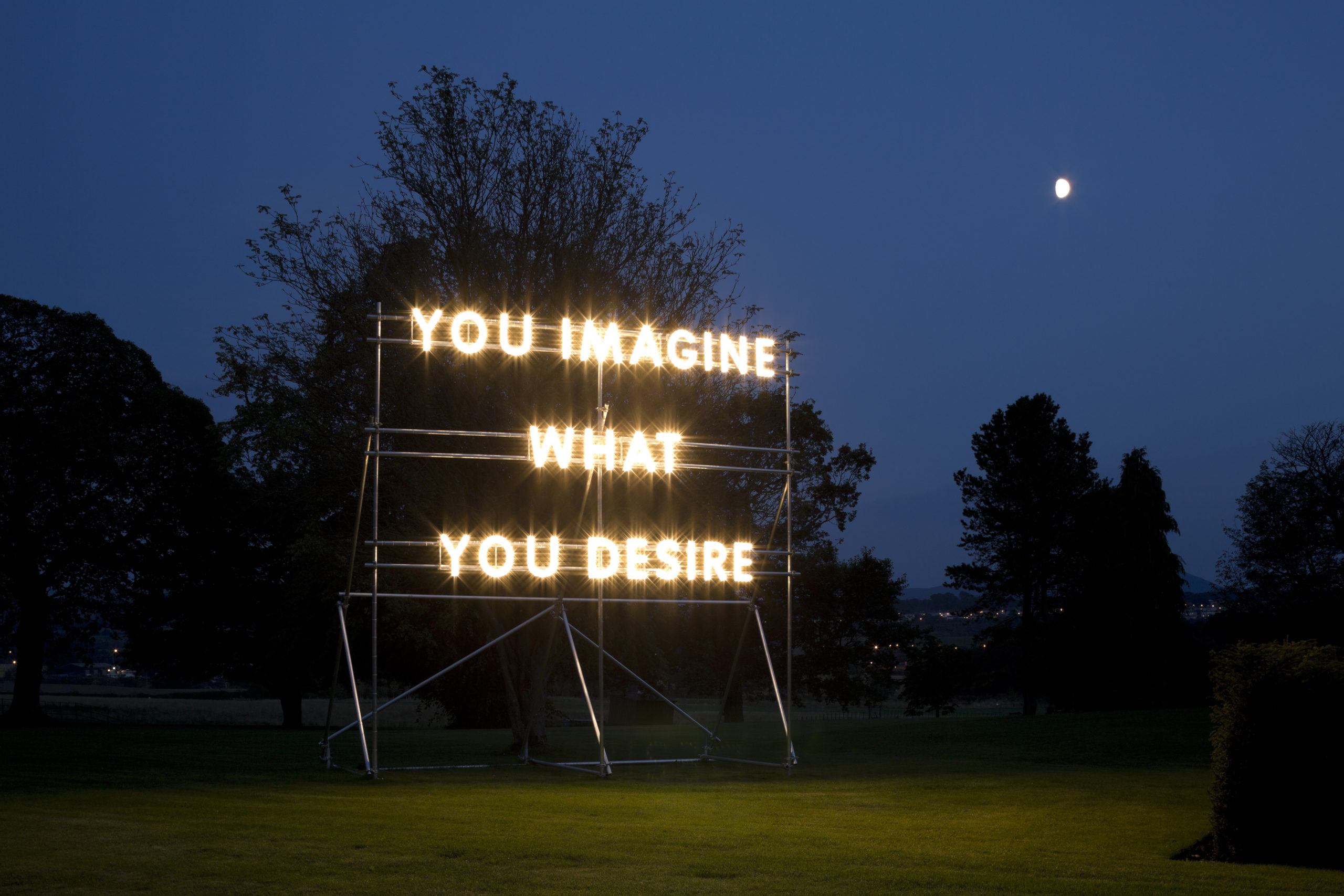 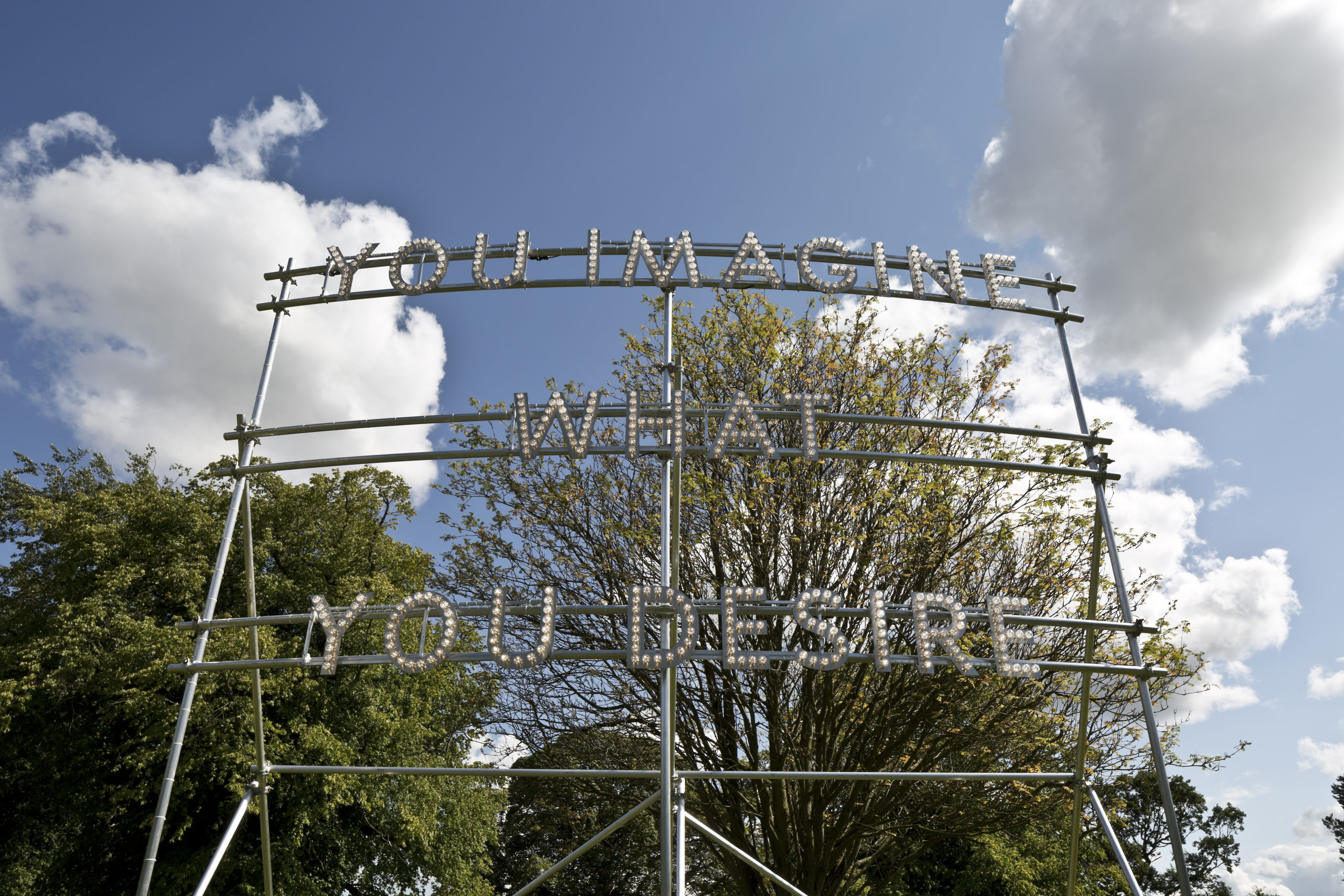 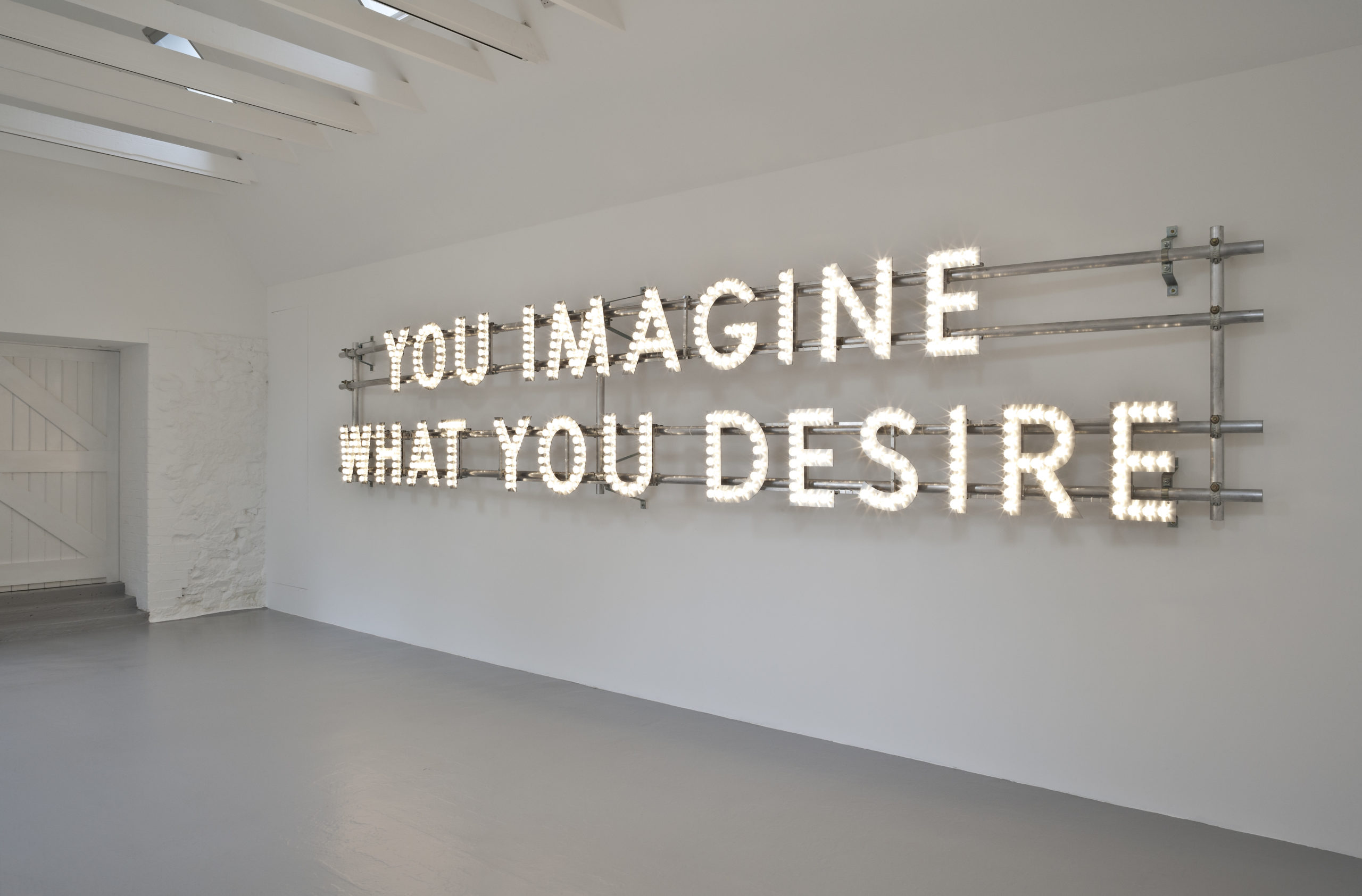 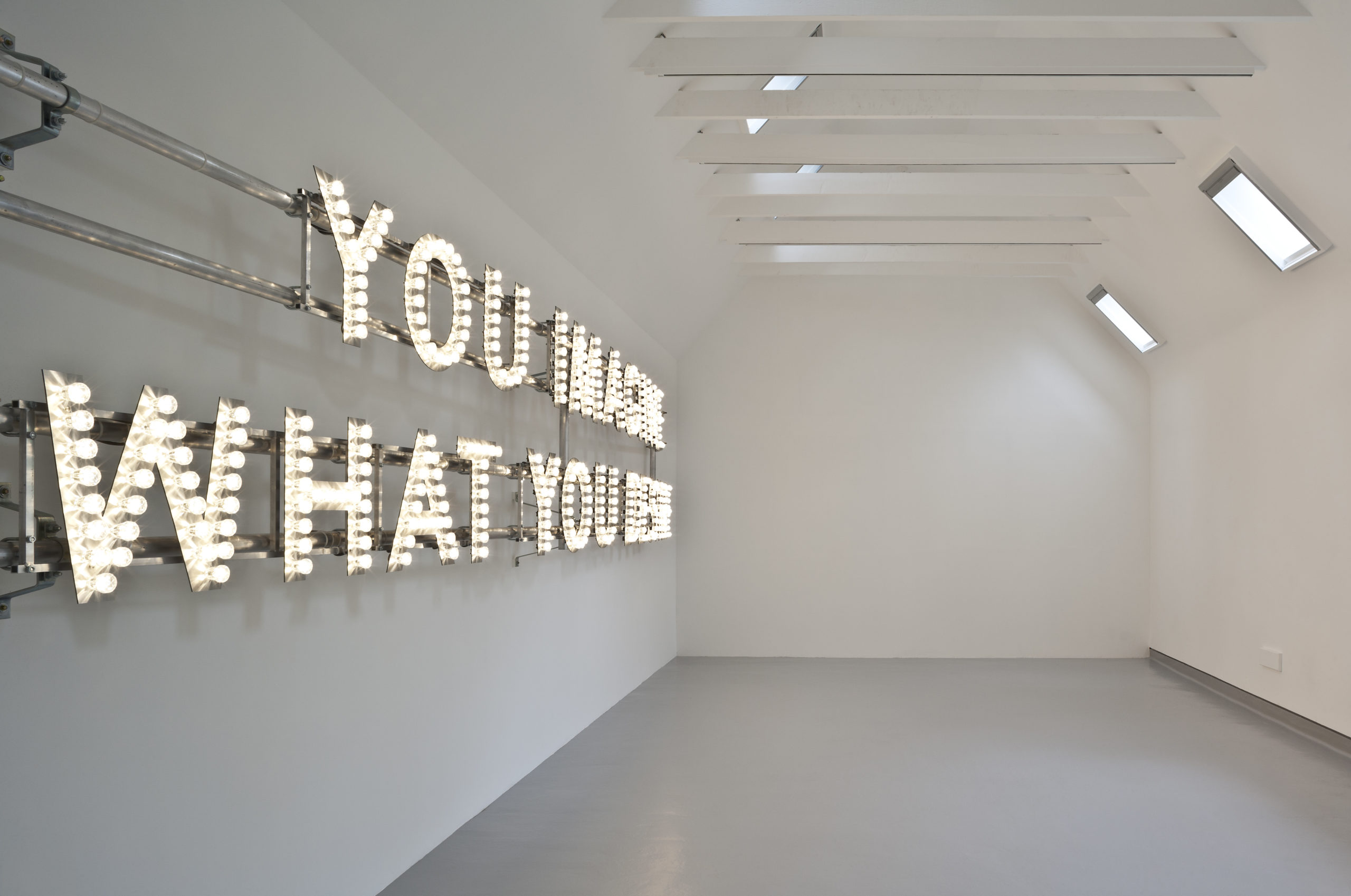 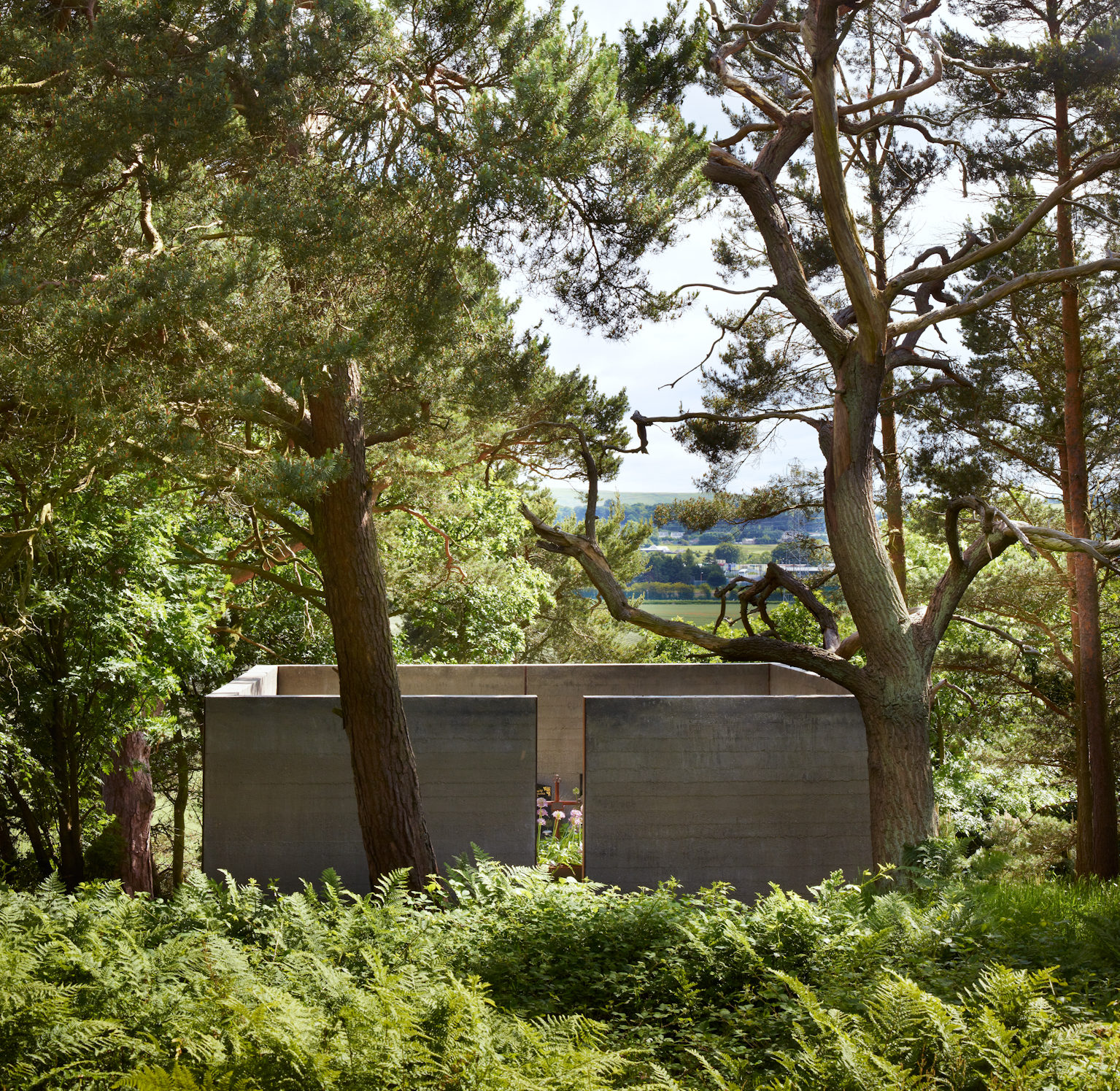 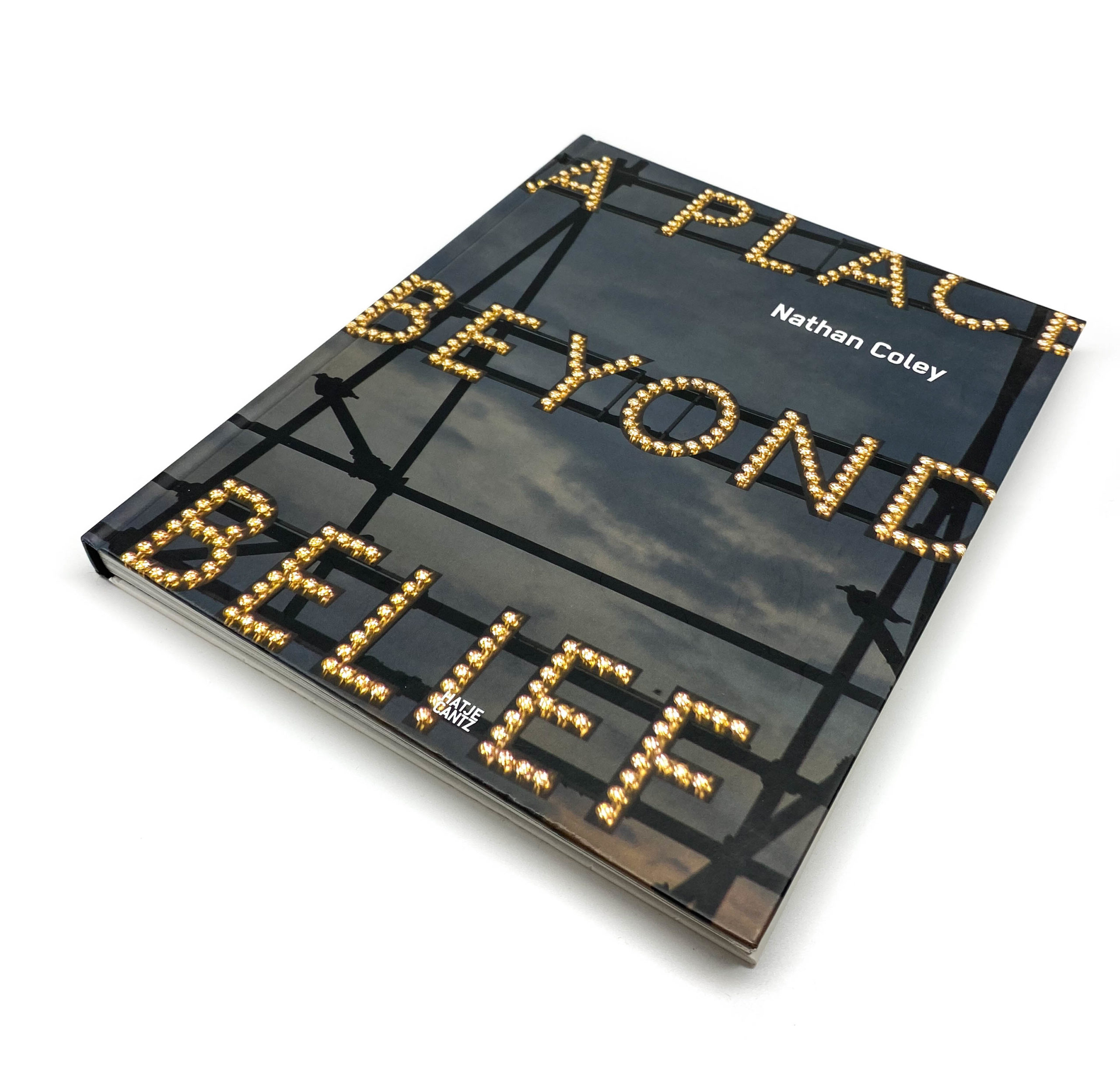