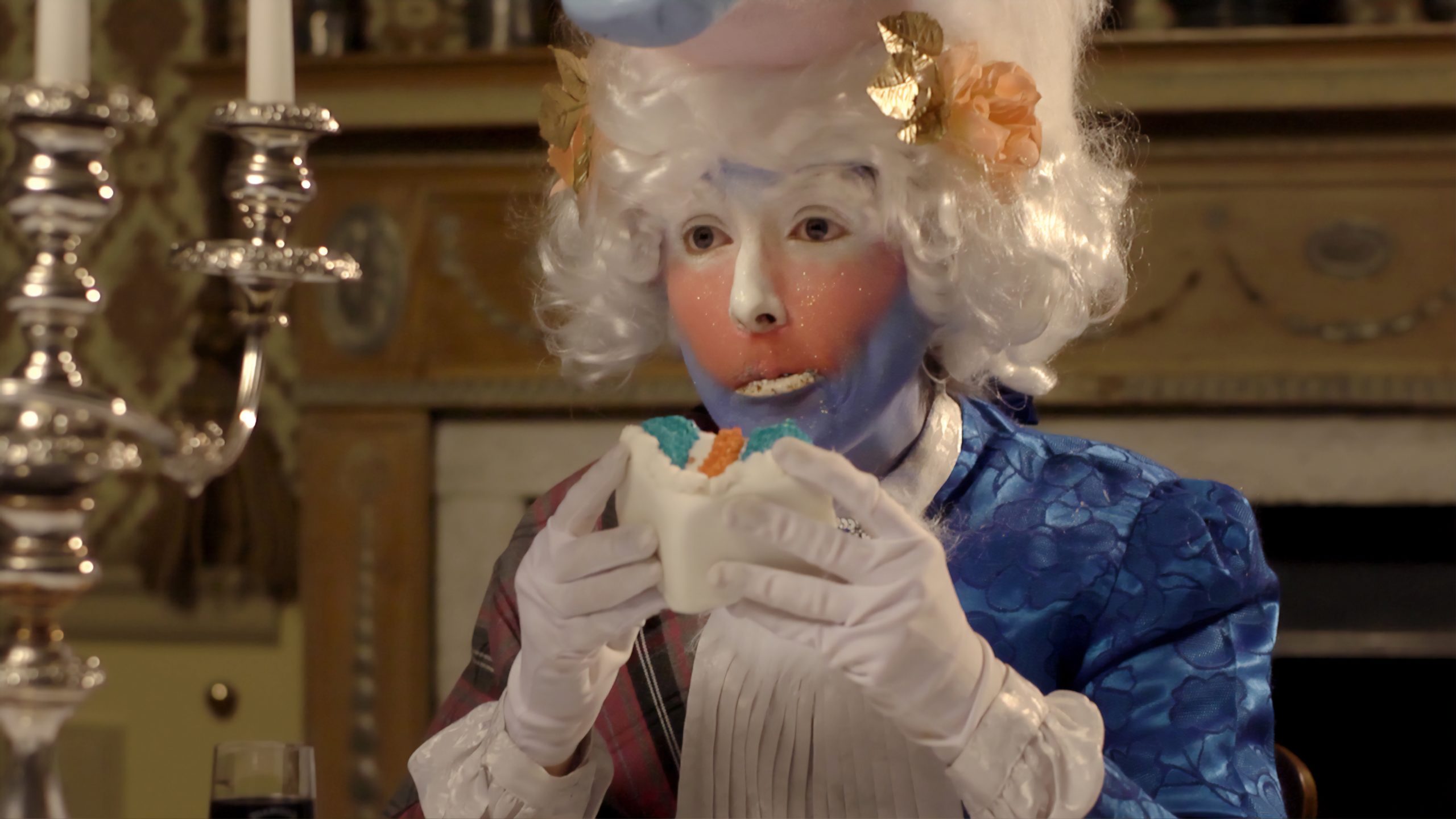 Alongside the unveiling of Rachel Maclean’s new commission upside mimi ᴉɯᴉɯ uʍop, Jupiter Artland invites audiences to delve further into the imagination of Rachel Maclean through the display of four seminal works made during the last decade. Visitors can watch in full her 2017 Venice Biennale commission Spite Your Face, a post-truth dystopian tale inspired by the divisive campaigns currently dominating global politics. As a rare treat, audiences can see one of Maclean’s earliest artworks, The Lion and the Unicorn, 2012, an inspired commentary on Scottish independence and the crisis of the union. Emblazoned with Union Jacks and Solitaire flags, Maclean dresses as a lion to embody English voices and a unicorn for Scottish ones, borrowing the vocal talents of Jeremy Paxman and Alex Salmond to excellent comic effect. Firmly in the tradition of the greatest political satire, Maclean’s work has a timeless quality, reinforcing the message that although faces change and headlines shift, the farce of political life and comic-tragedy of human frailty is endless and forever. 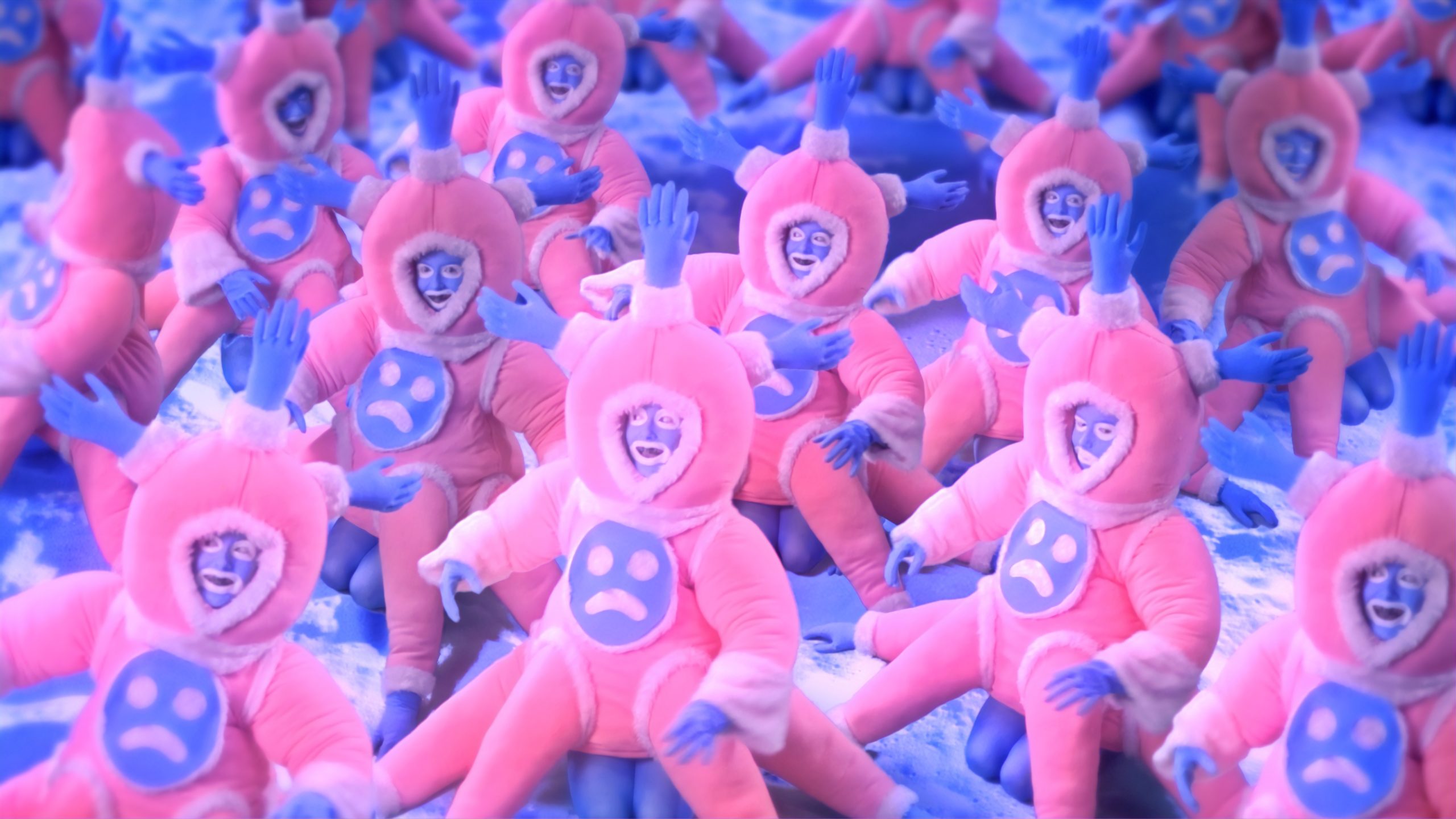 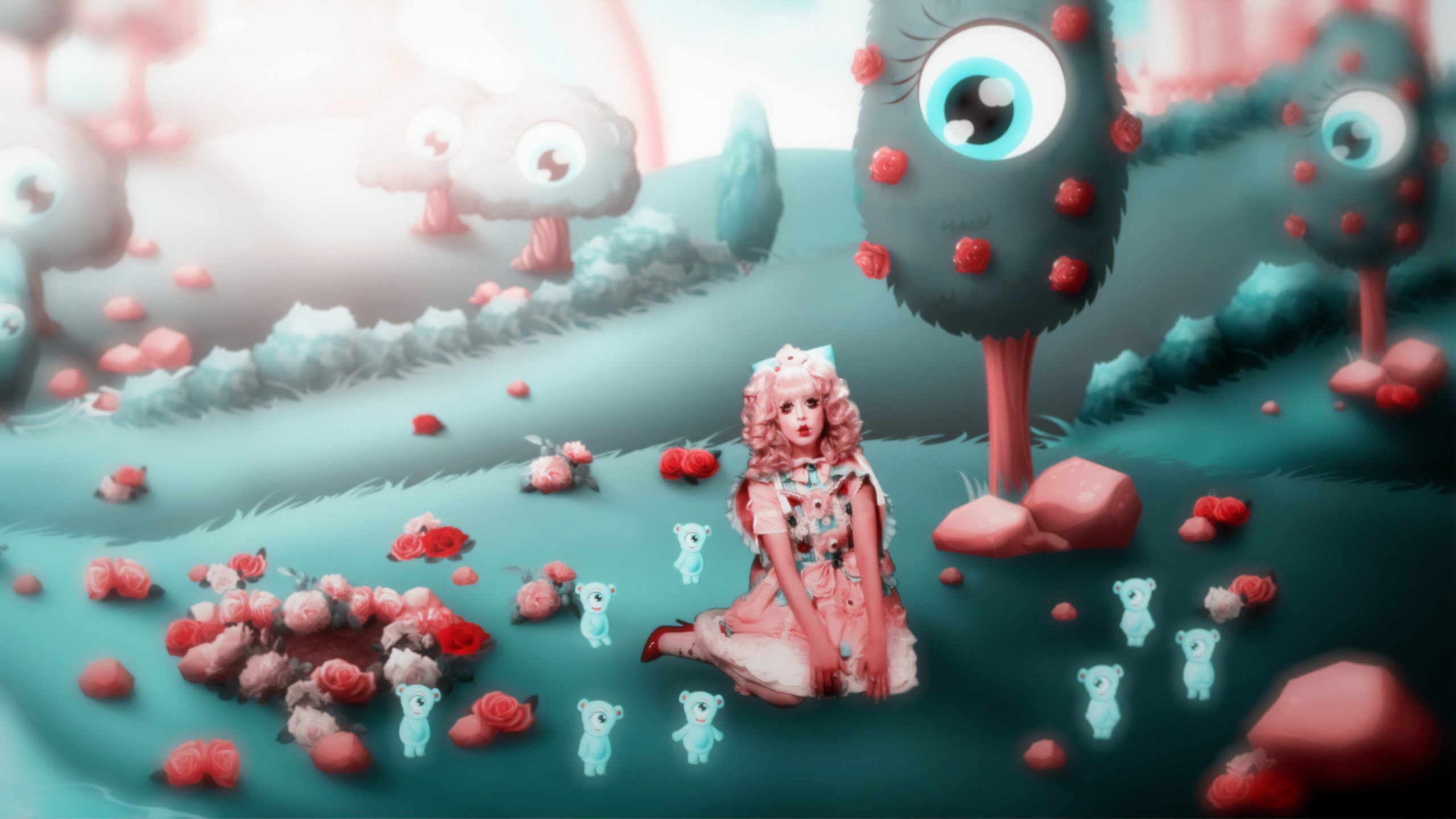 Lesser known to gallery audiences are Germs, 2013, and Eyes To Me, 2015, two shorter works created in the vein of info-commercials and kids TV. Timely to revisit in this era of hand-sanitising and social distancing, Germs follows a glamourous female in her battle against an adorable army of pink-and-purple germs, each played by the artist. Rather more unsettling is Eyes To Me, made in the style of a children’s television programme, where a young protagonist named Sophie moves through an enchanted garden inhabited by a race of cuddly Cyclopes. As the video shifts between different formats (kids TV, a fashion shoot, a probing interview), Sophie is surveyed, coerced and reprimanded by an omnipresent male voiceover, whose treatment of her moves from benign paternal care to cold, militant disapproval.

Her work A Whole New World won the Margaret Tait Award in 2013, she has twice been shortlisted for the Jarman Award, and achieved widespread critical praise for Feed Me in British Art Show 8 in 2016. She has also worked on a number of TV commissions including Make Me Up (2018) and Billy Connolly; Life of a Portrait (2017) for BBC and Rachel Maclean: The Shopping Centre, Artist in Residence for Channel 4 (2018). Commissioned by Jupiter Artland, upside mimi ᴉɯᴉɯ uʍop is Rachel Maclean’s first permanent outdoor artwork.
www.rachelmaclean.com 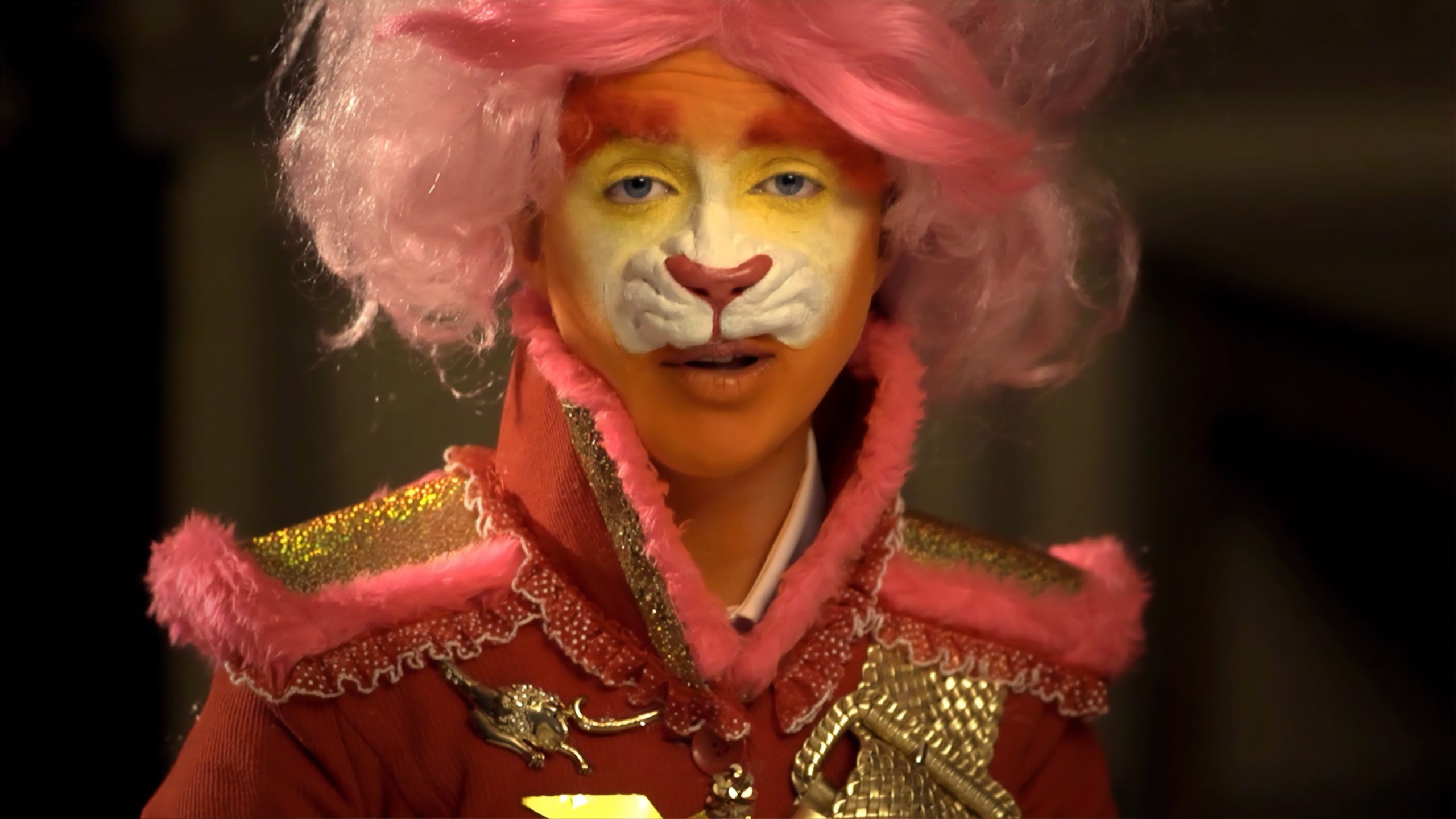 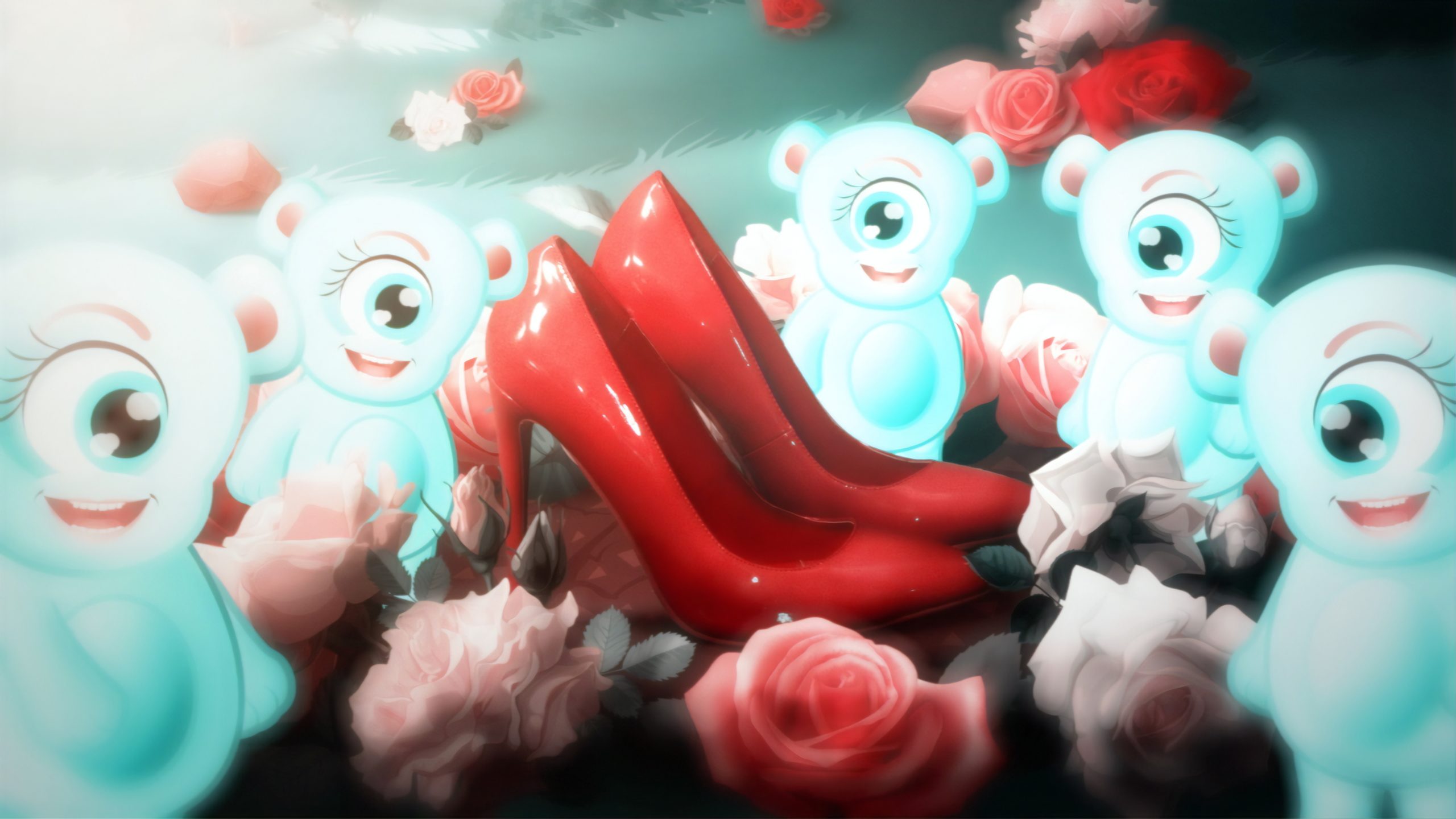 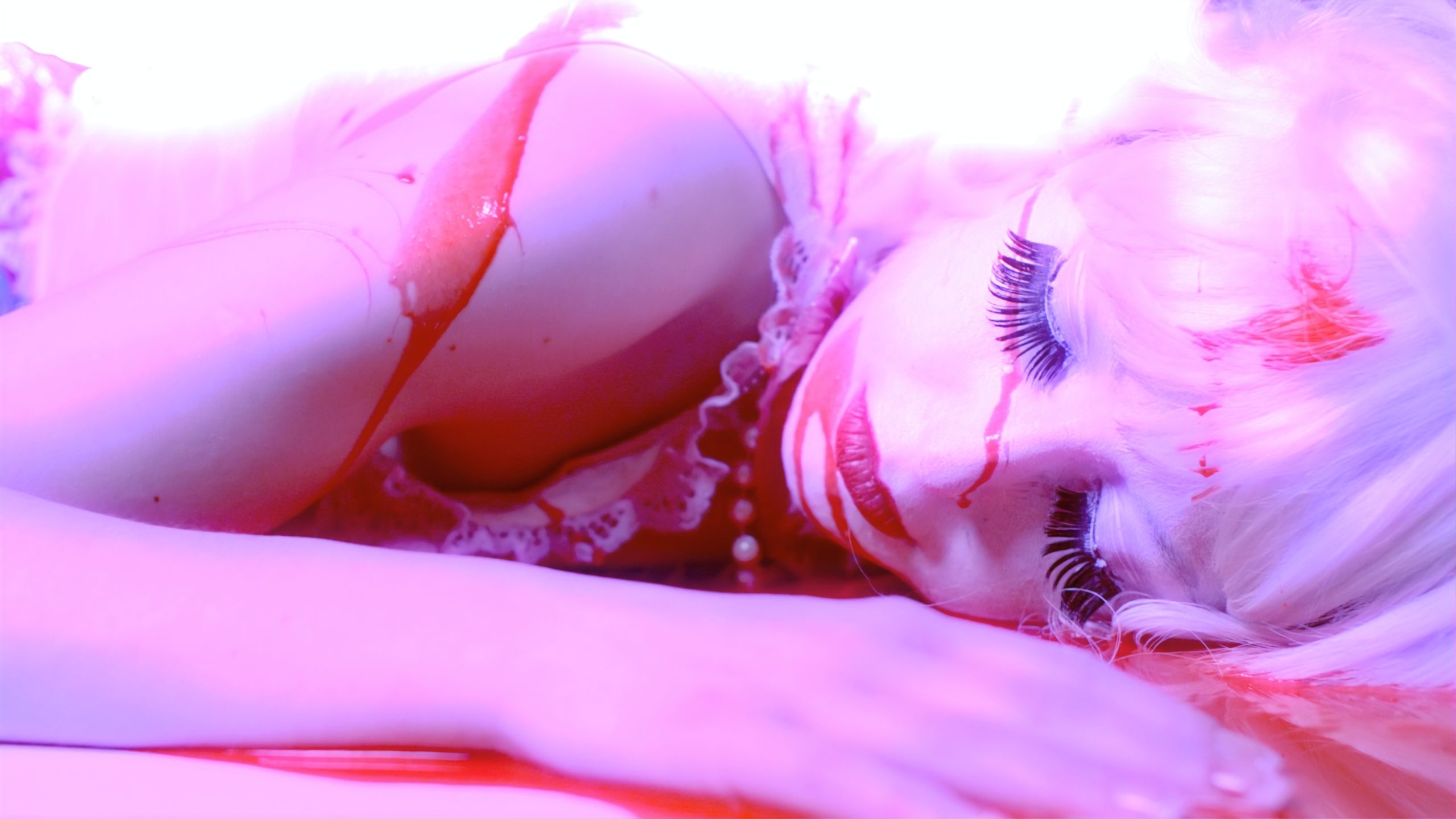 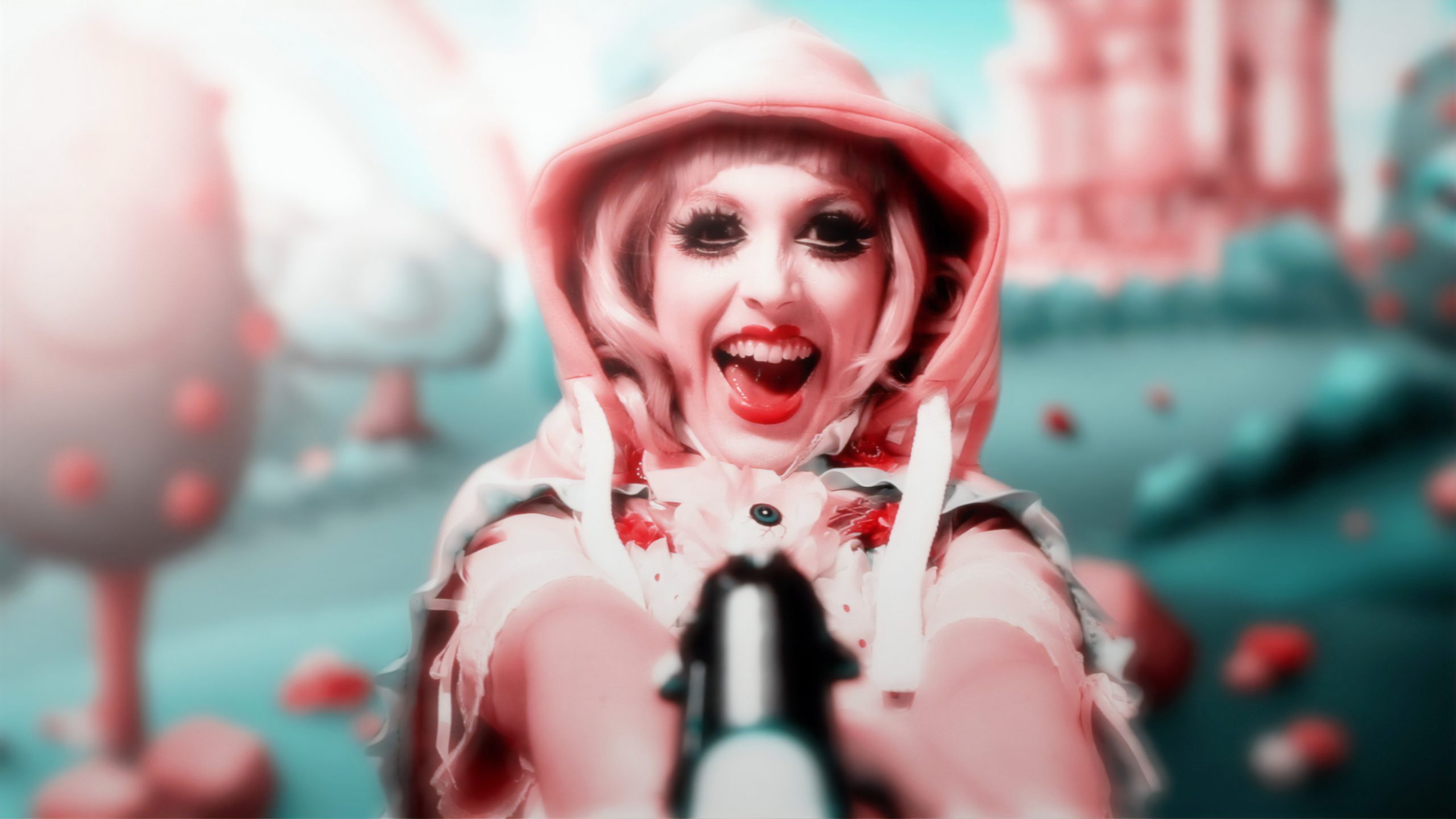 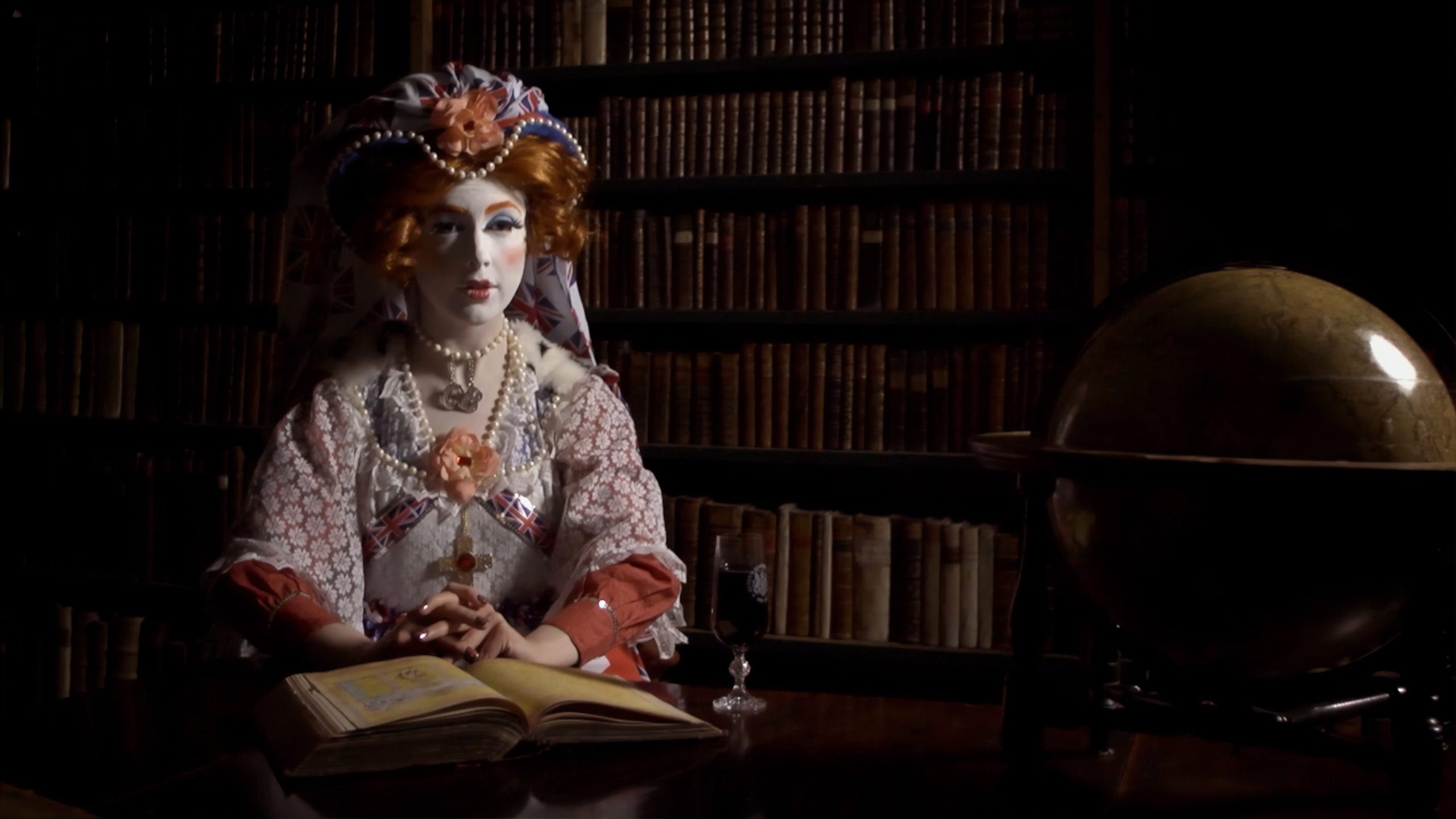 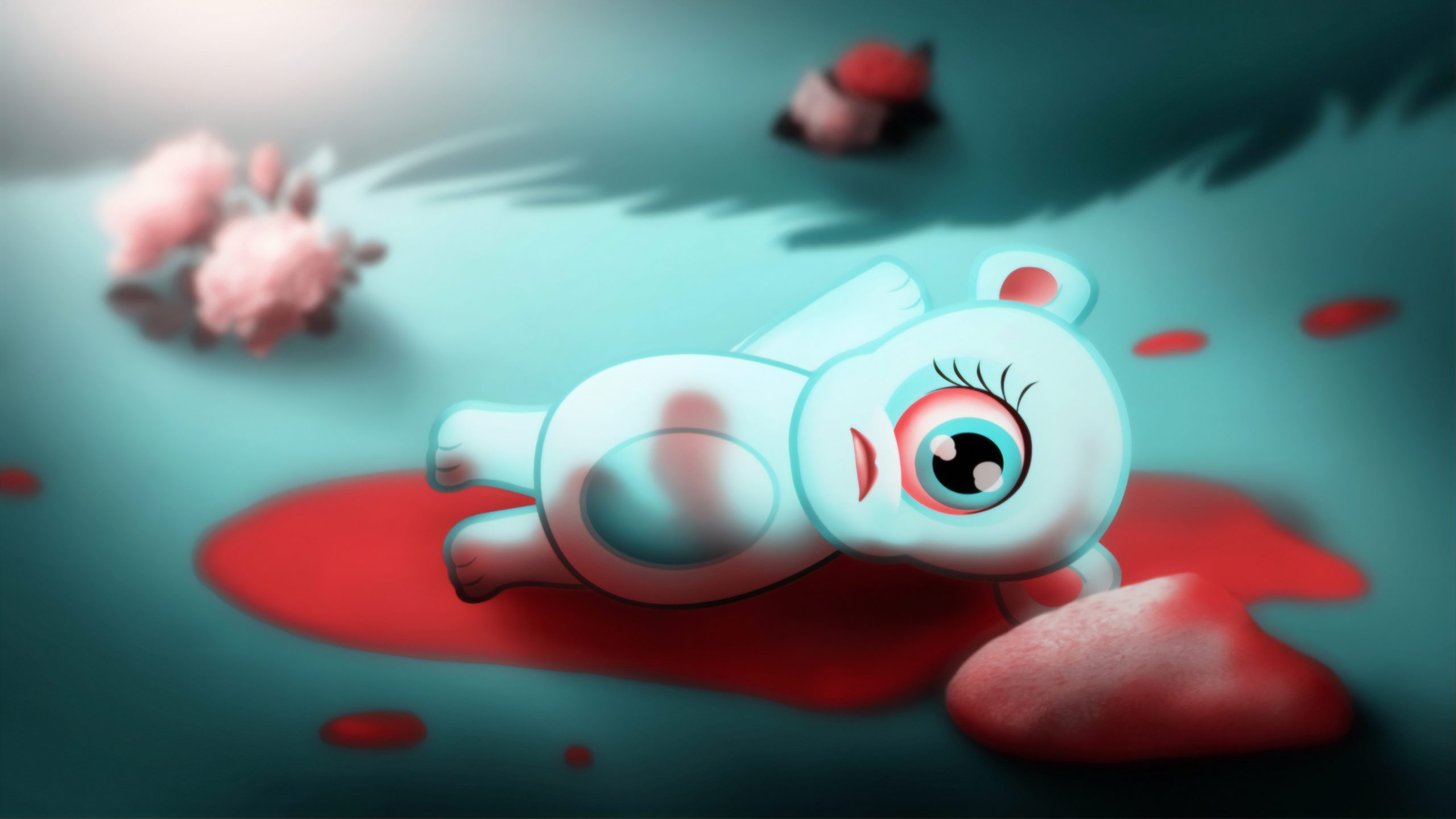 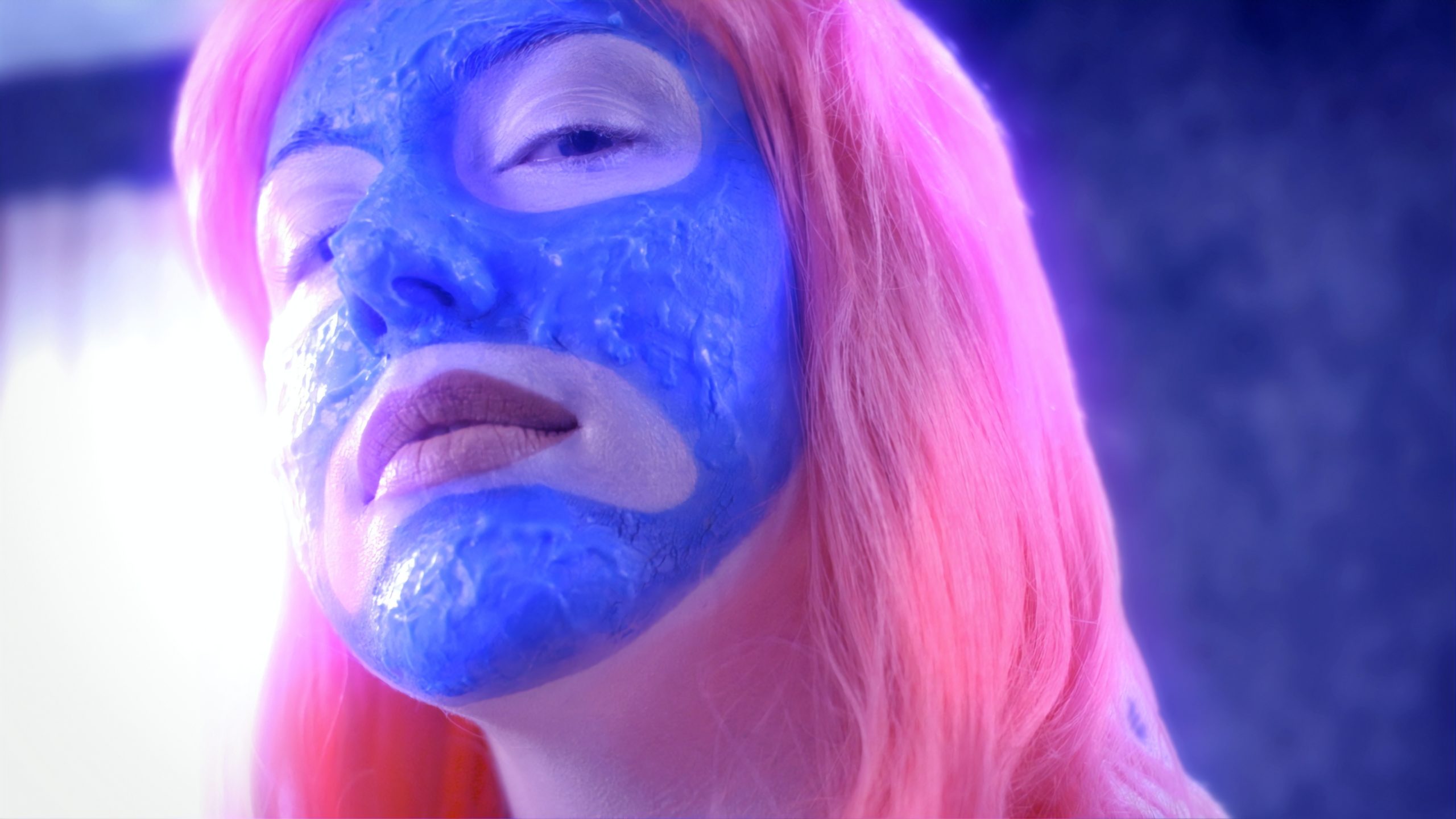 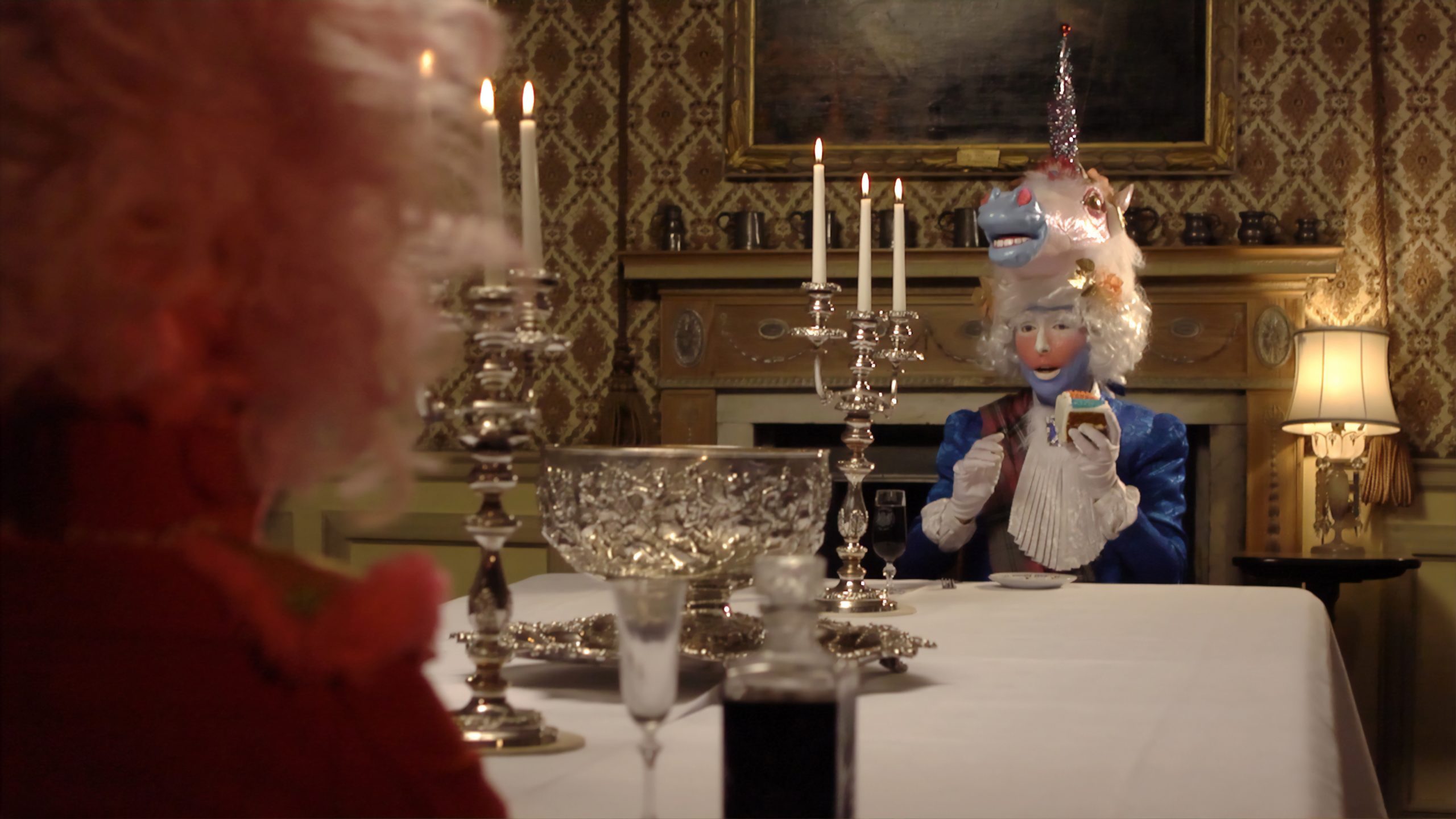 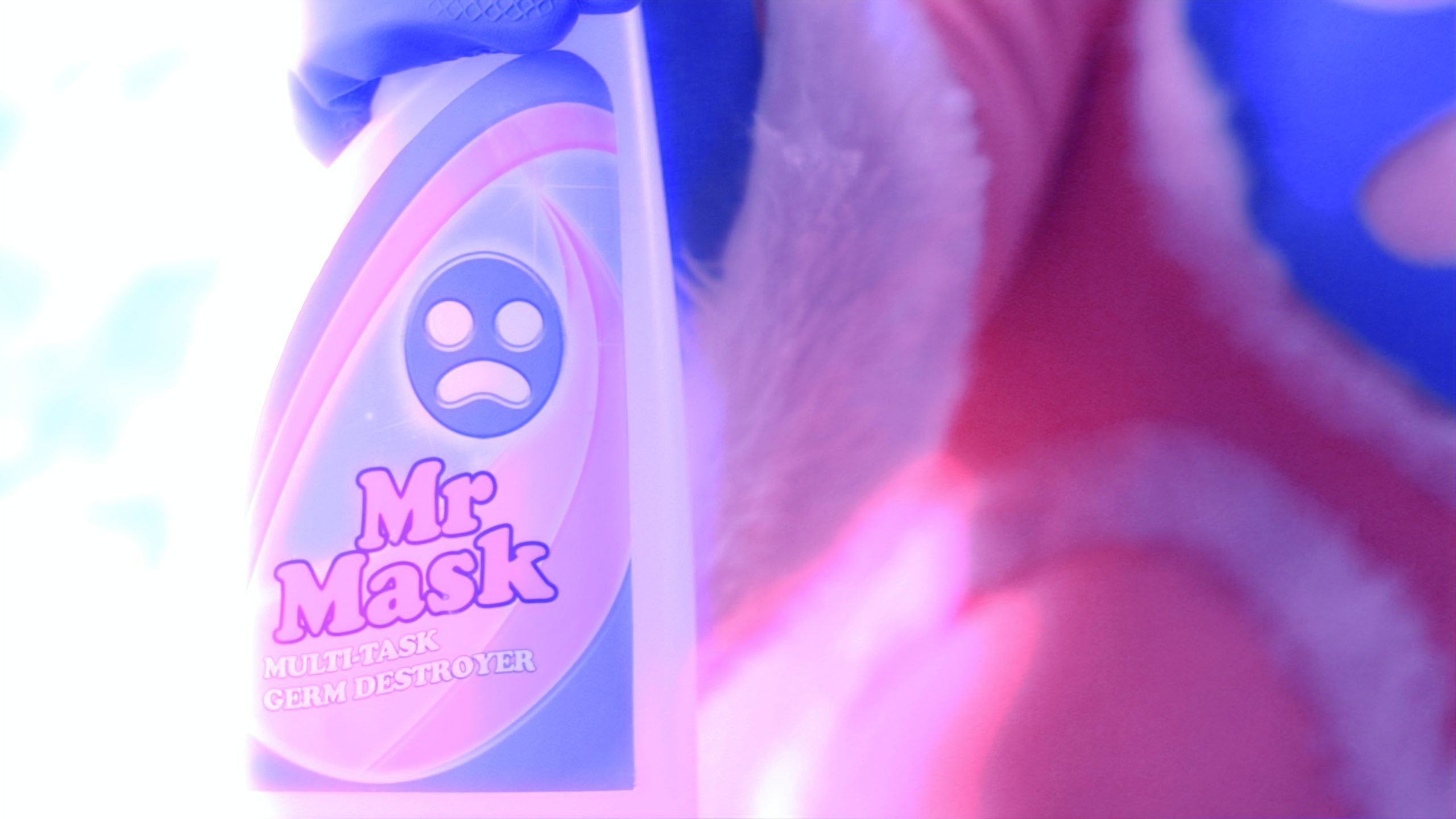 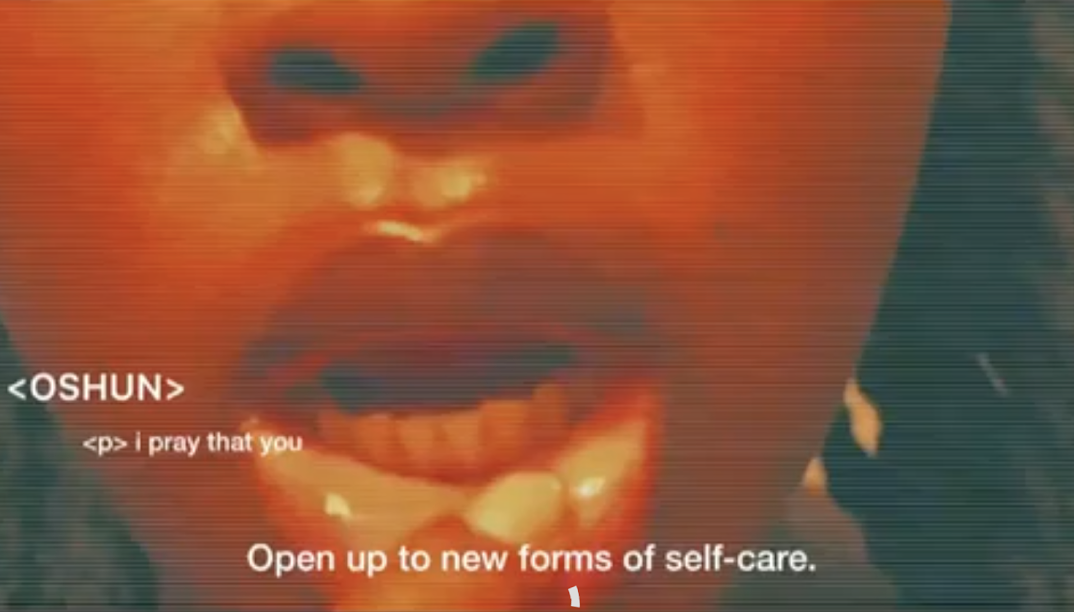