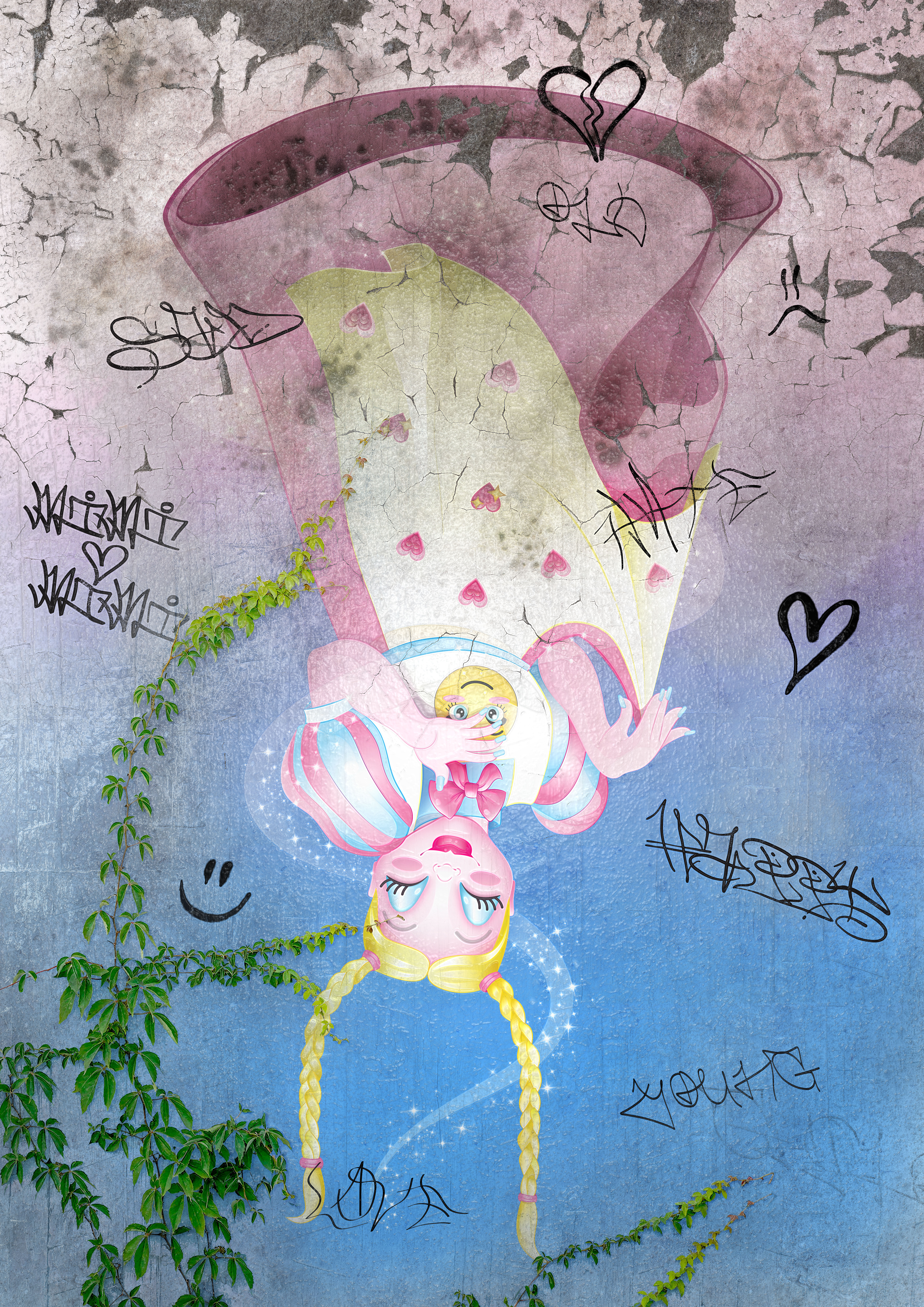 From 8 May 2021, Jupiter Artland Foundation will unveil Mimi a new permanent outdoor installation by Scottish artist Rachel Maclean, alongside a solo exhibition featuring four key works from the last decade of her career. Three years in the making, this ground-breaking new commission is the first time Maclean has working entirely with cartoon animation and at an architectural scale, and her ultimate ambition is to transport Mimi’s world to high streets around the UK.

Known for her satirical characters and meticulously crafted fantasy worlds, Rachel Maclean has rapidly established herself as one of the most distinctive creative voices in the UK. Based in Glasgow, Rachel Maclean graduated from Edinburgh College of Art in 2009 and her work came to public attention in New Contemporaries later that year. In 2017, she represented Scotland at the 57th Venice Bienniale.

Combining animation and architecture, Mimi takes the form of an abandoned high-street shop, sited within the woodland at Jupiter Artland. Responding to an invitation from Jupiter, Maclean has taken her inspiration from commercial spaces as sites of desire, combining this with the role forests play within fairy tales, being at once places of magic, of danger, of transformation and where the normal rules of daily life no longer apply. At the end of a woodland path, a toy shop – seemingly abandoned and derelict on the outside – will, on entering, reveal itself to be the upside-down world of cartoon princess Mimi. Maclean’s first fully animated heroine, Mimi is a darkly arch character for our generation who invites us into the topsy-turvy world of end-game capitalism; a 21st century fairy-tale about the experiences of young adults and consumerist desire.