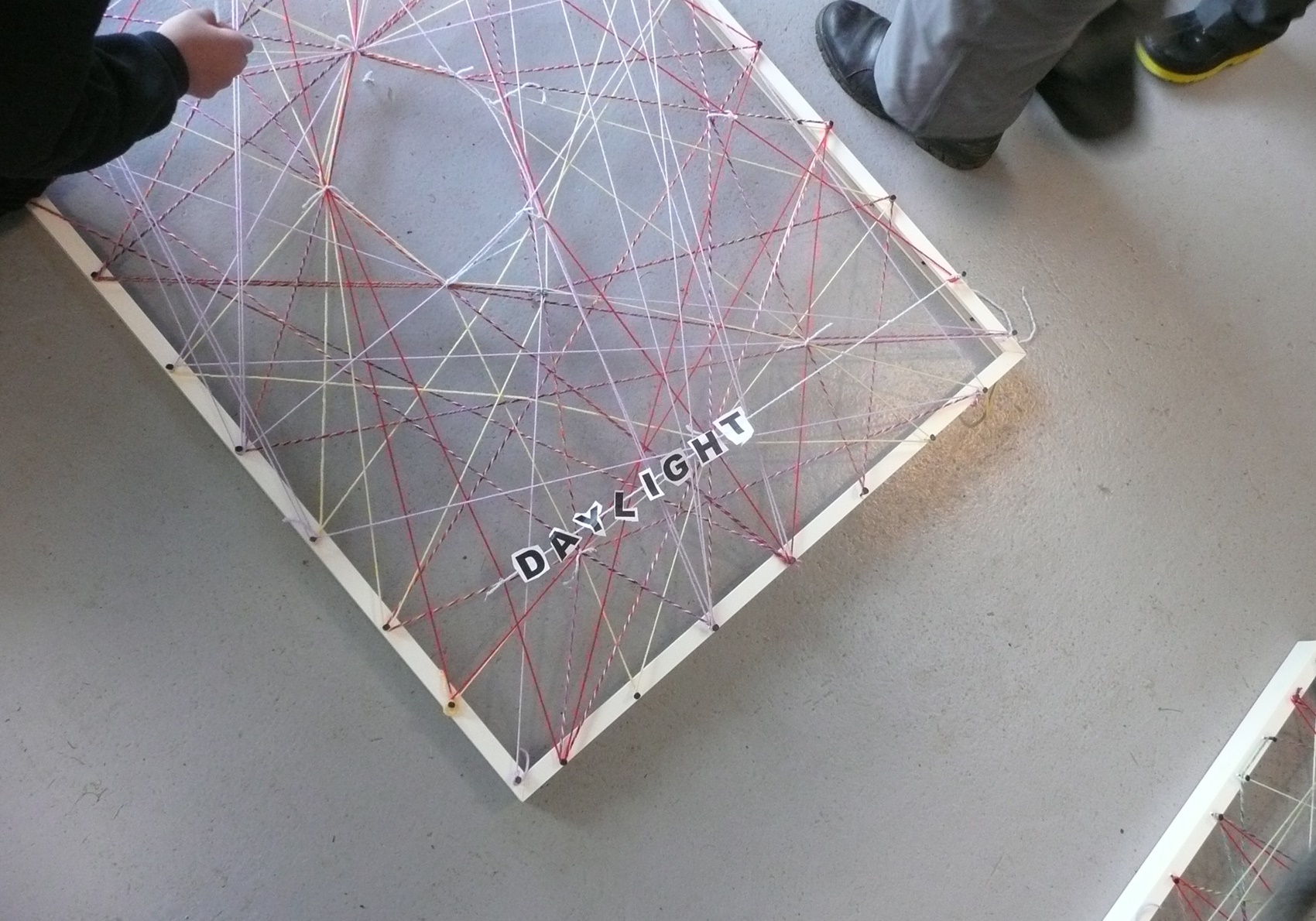 Juniper Green Primary School approached us in 2009 with the aim of using Jupiter as a springboard to inspire the development of their own outdoor space “Juniper Artland” through Community Arts Funding they had been awarded. Karen Noble the head teacher was a big fan of Jupiter and saw the project using literacy as a starting point. By understanding the conceptual nature of the works at Jupiter Artland and the fact that each sculpture starts with an idea or story they wrote their own stories based on the artworks at Jupiter Artland. 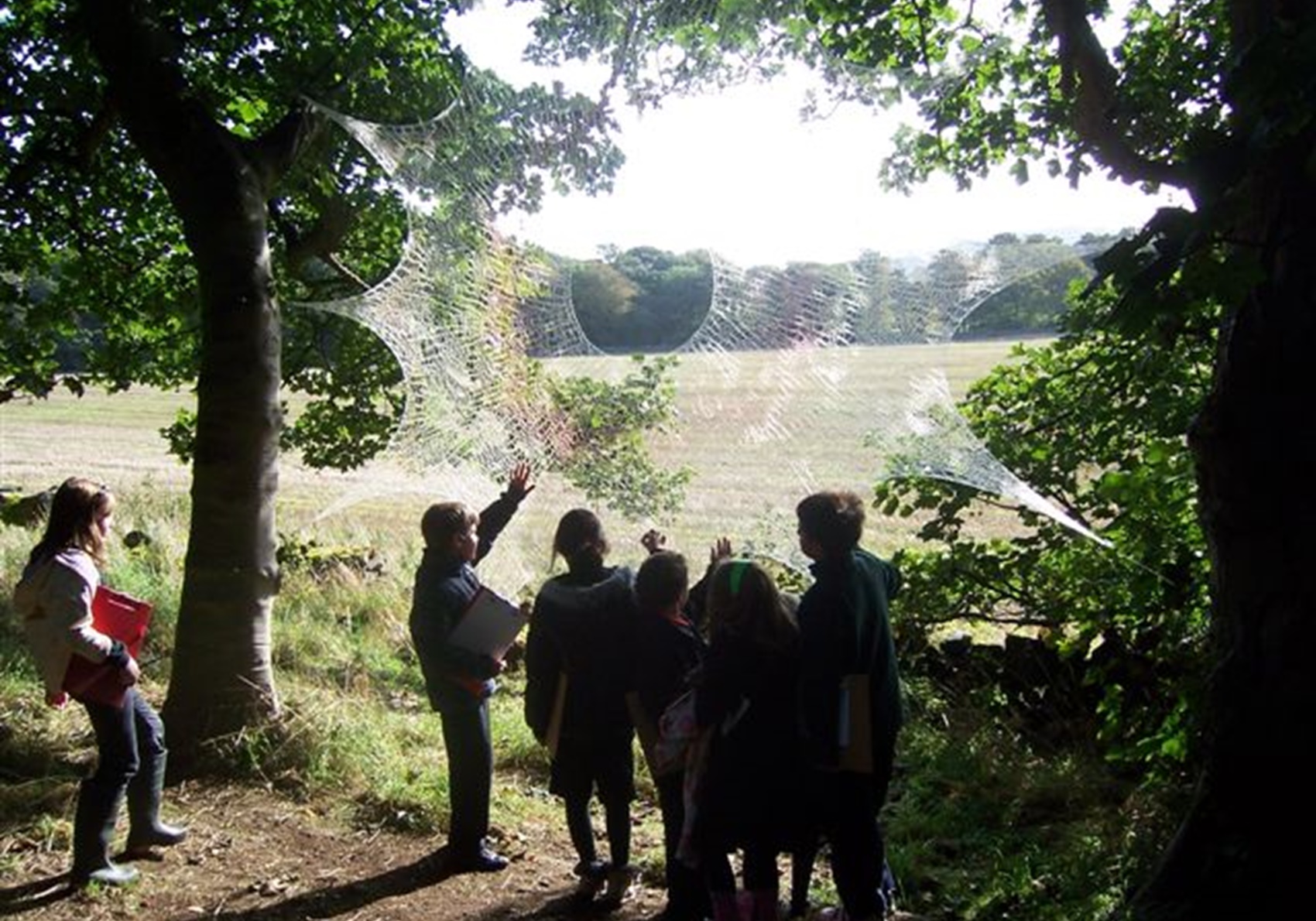 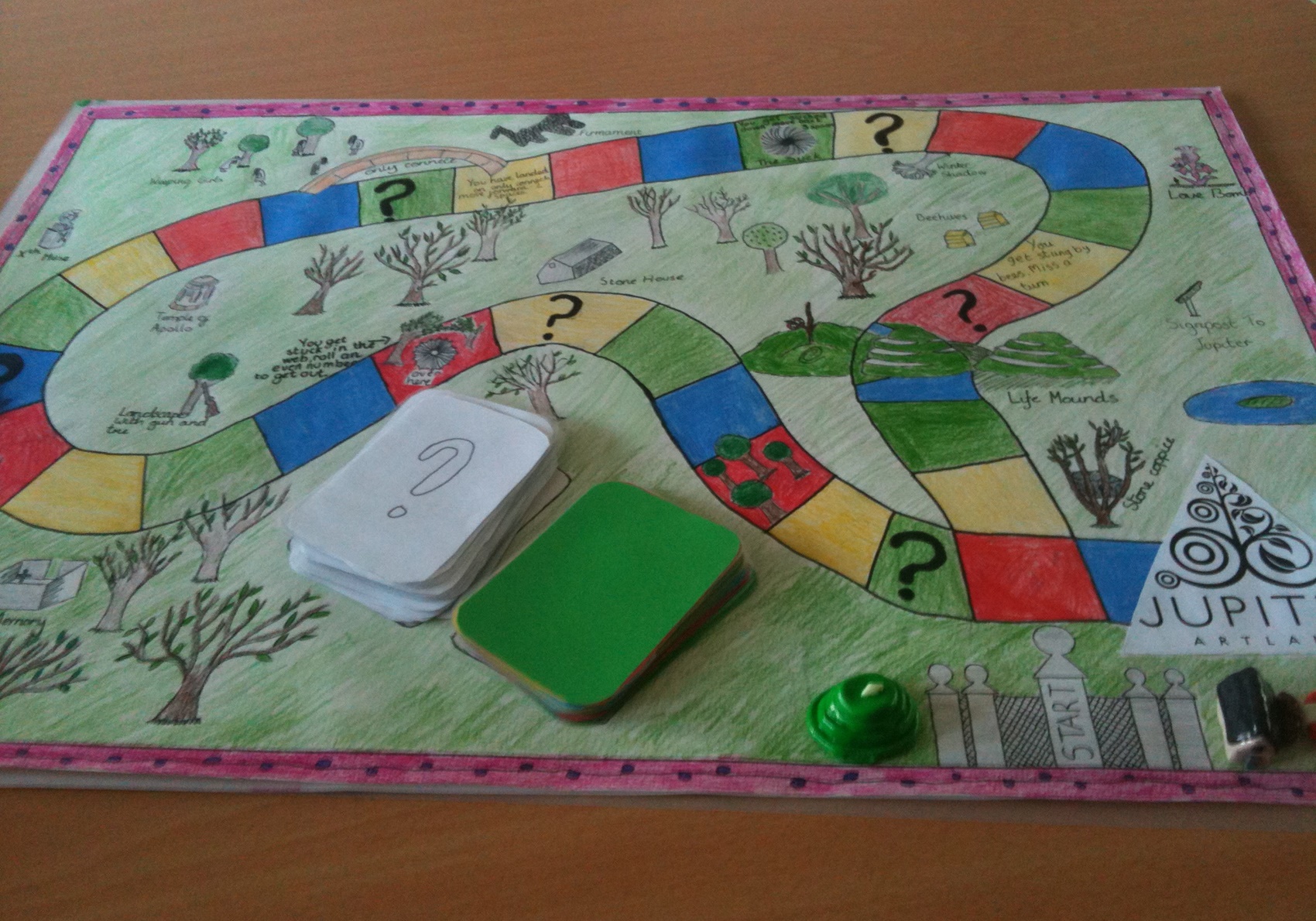 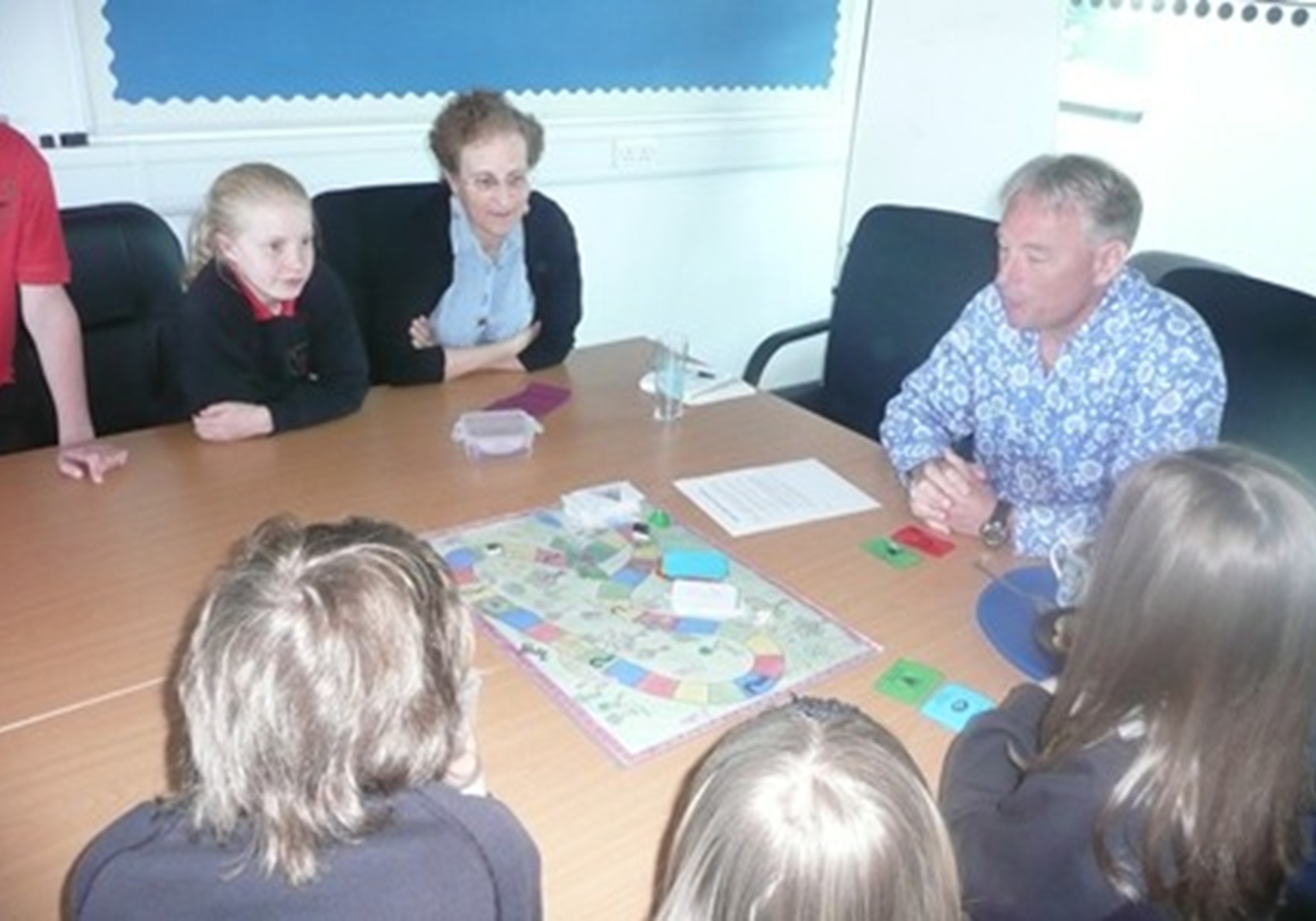 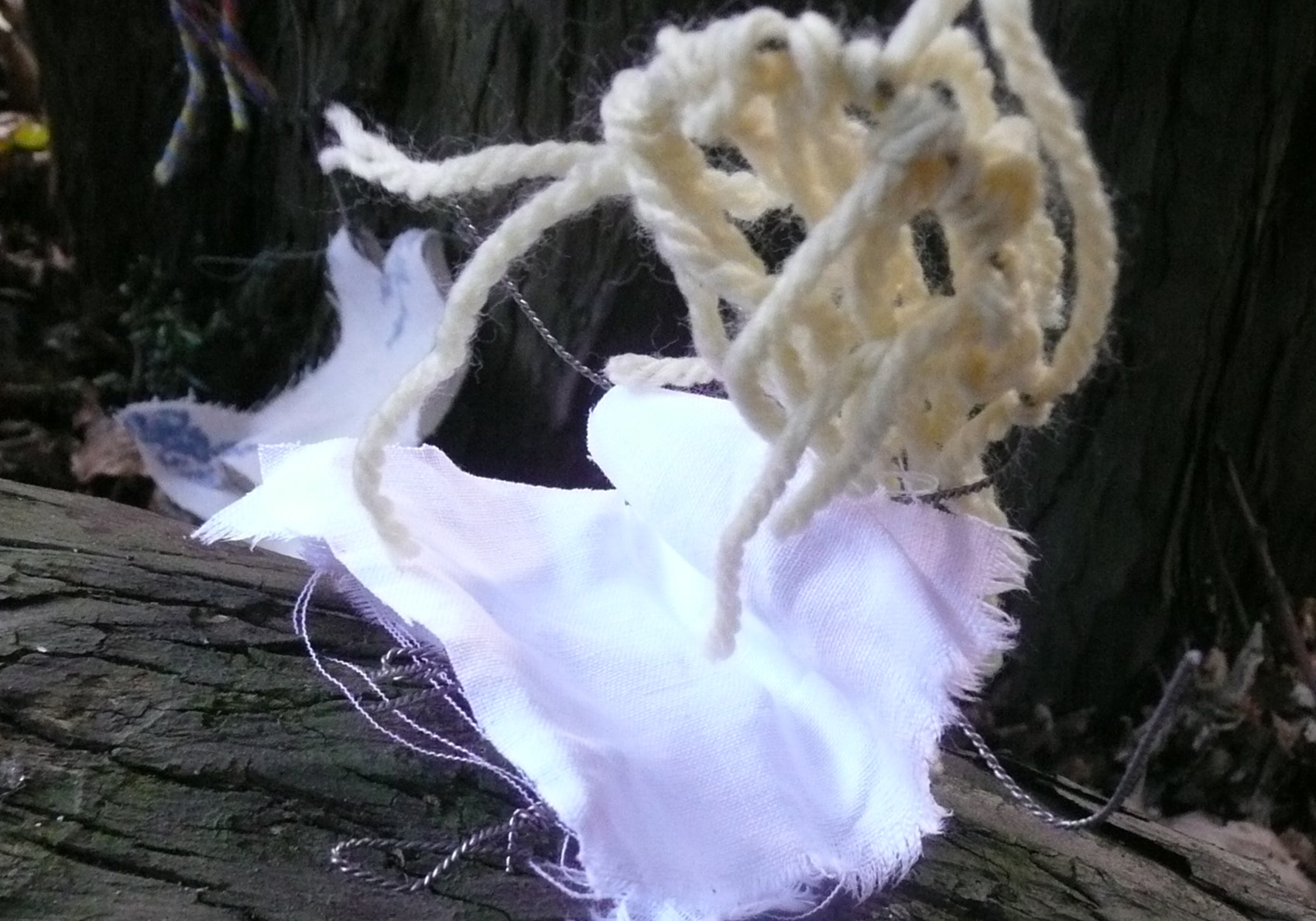 From their stories at Jupiter Artland the process was inverted and they planned to start with a story for the Juniper Green sculptures to develop into the artwork for their outside space. At this point an artist would become involved to work with the school to create the artwork.

100 (a third of the school) representatives of the school visited in vertical year groups to take part in tours and workshops over three days. Each day had a special focus on an artwork and a workshop that developed a response. The children took their ideas back to school and shared them with their peers.

“Jupiter Artland offers a great opportunity for creative stimulus. It makes the pupils more aware of creative arts and of sculpture in particular, especially as most children think of art as painting”
Karen Noble, Headteacher Juniper Green Primary

The whole school wrote stories in response to the artwork at Jupiter. Anish Kapoor’s deep installation became a portal to another world, Charles Jencks’s landforms became a launch pad for an interstellar journey, Laura Ford’s Weeping Girls starred in many of the stories and Shane Waltener’s web Over Here sparked many imaginations.

The stories were collated and artwork was added to make a book of stories which were printed and then offered for sale in the Jupiter shop.

Meanwhile the school were hard at work developing their stories into plays. These plays were whole class collaborations with costumes, scenery and music. One child wrote a piece of music because he was inspired by the Jencks Landforms, he was later awarded a music scholarship to his secondary school.

The plays were performed in the school to the parent body early in 2010 and Jupiter staff attended.

Jupiter encouraged the children to develop audio versions of the stories and another collaboration with Edinburgh Napier University’s School of Interactive Design enabled us to record these stories which are part of our audio guides for children. Six children spent a day in the recording studio at Napier. These stories were available on devices for children who visit and have proved very popular. Listen to the tracks below.

The Chocolate Adventure and the Missing Key – Listen HERE

Jupiter Artland The Board Game

The last strand of the project was a school’s Enterprise Project to create a Jupiter Artland Board Game. Ten children from across the age range of the school formed a working group to develop this. Several “board meetings” took place at Jupiter Artland and at Juniper Green to develop the game. Sandy Duncan who founded the company Drumond Park Games which created Articulate amongst other world famous games attended one of these meetings. He gave the children some fantastic advise and the board game that was developed was successfully sold in the shop.

At the last meeting that the group attended, TESS journalist Raymond Ross joined them and interviewed them about the project. See full article on TESS here