The World Upside Down Talk Series

In a world turned upside down by the COVID-19 pandemic, the BLM movement and the climate crisis, and to coincide with the unveiling of Rachel Maclean’s permanent commission Mimi, Jupiter Artland programmed The World Upside Down, a series of talks aimed at providing teenagers, parents, carers and young people with information on everything from body image and mental health to social activism.

Bringing together activists, mental health experts, artists and writers, The World Upside Down was aimed at creating frank and open discussions about the pressures facing young people today.

The second talk of The World Upside Down series was given by author, educator and mental health campaigner Omari Eccleston-Brown.

Video of talk coming soon!
We are working hard to make the video accessible to all. Please bare with us whilst we add subtitles.

Omari Eccleston-Brown is an acclaimed motivational speaker and educator who is a voice for change in regards to the topics of mental health and Body Dysmorphia. He is open about his own struggles with Body Dysmorphia (a condition impacting 1 in 20 teenagers in Scotland) and in 2016 raised international awareness of the condition through the ‘In The Face of BDD’ campaign. He is the director of Believe in Learning and has been committed to educating young people for over a decade. He is a certified Children’s Mindfulness Trainer and delivers mindfulness curricula and well-being talks within schools throughout the UK, as well as facilitating a bi-monthly support group and playing an active role in the BDD Foundation.

After his talk, Omari was joined by the artist Huss Al-Chokhdar and Andrew Eaton-Lewis from the Mental Health Foundation, for a panel discussion. The panel was chaired by Claire Feeley, Head of Exhibitions and Learning at Jupiter Artland. Omari also led a small-scale, private workshop for young people and family members who had further questions on the topics that were raised in his talk. 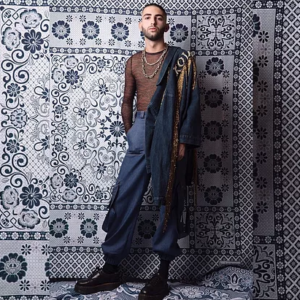 HUSS is a Middle Eastern artist based between Cairo and Glasgow. His artwork combines installation, sculpture, visuals and audio to create immersive performance pieces. HUSS uses his work as a performance/visual artist to raise awareness of issues facing the Middle East, particularly the stigma that Arab communities face regarding the topic of mental health. Alongside TAAHLIAH and Farah Hussain, HUSS was part of Jupiter Artland’s 2020 Rising Residency, programmed in collaboration with Glasgow platform OH141 and Sarra Wild. 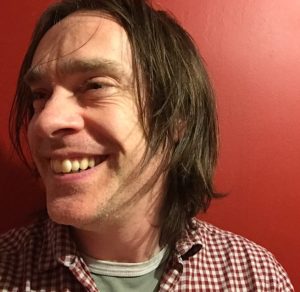 As Arts Lead for the Mental Health Foundation, Andrew Eaton-Lewis works year-round to support creative projects that address mental health; he is also part of the core programming team for the annual Scottish Mental Health Arts Festival, now in its 15th year. Outside of his Mental Health Foundation work, Andrew runs the Lewis-based arts organisation sruth-mara, programmes the annual Hebridean Dark Skies Festival and is Edinburgh festivals editor for Scotsman Publications. In addition to this, Andrew is a songwriter and his music has featured on seven albums as well as numerous theatre shows and films.

Samaritans
Samaritans volunteers are there to listen. The phone line is free to call and available 24 hours a day, 7 days a week.
Tel: 116 123
samaritans.org

Getting Help
If you are worried about your own or a loved one’s mental health, seeking help early is the best way to get back on track. Shout 85258 is a free, confidential, 24/7 text messaging support service for anyone who is struggling to cope.