Andy Goldsworthy’s four related works explore a different layer in the landscape, and the way a tree penetrates those layers. ‘Stone House’ and ‘Stone Coppice’ explore the space above and below ground. ‘Clay Tree Wall’ explores the surface between the two.

A tree cut down as part of the thinning process in the coppiced wood has been fixed to a wall and covered with clay. The clay was applied wet and cracked as it dried out – the shape and form of the tree dictating the pattern of the fissures. It is stark evidence of the process of change that, whilst present in both the other works, is not so clearly articulated. The process of erosion and movement of soil is one in which people are very much involved. The three works recognise the connection we all have with nature.

Andy Goldsworthy is a British sculptor, photographer and environmentalist. He was born in 1956. He was brought up on the Harrogate side of Leeds in the green belt. Here he took on work as a farm labourer as a schoolboy and said that the repetitive nature of the work informed his future art. He studied Fine Art at Bradford College of Art from 1974 to 1975 and then at Preston Polytechnic from 1975 to 1978. He now lives in
Dumfriesshire and travels the world undertaking commissions and creating works. 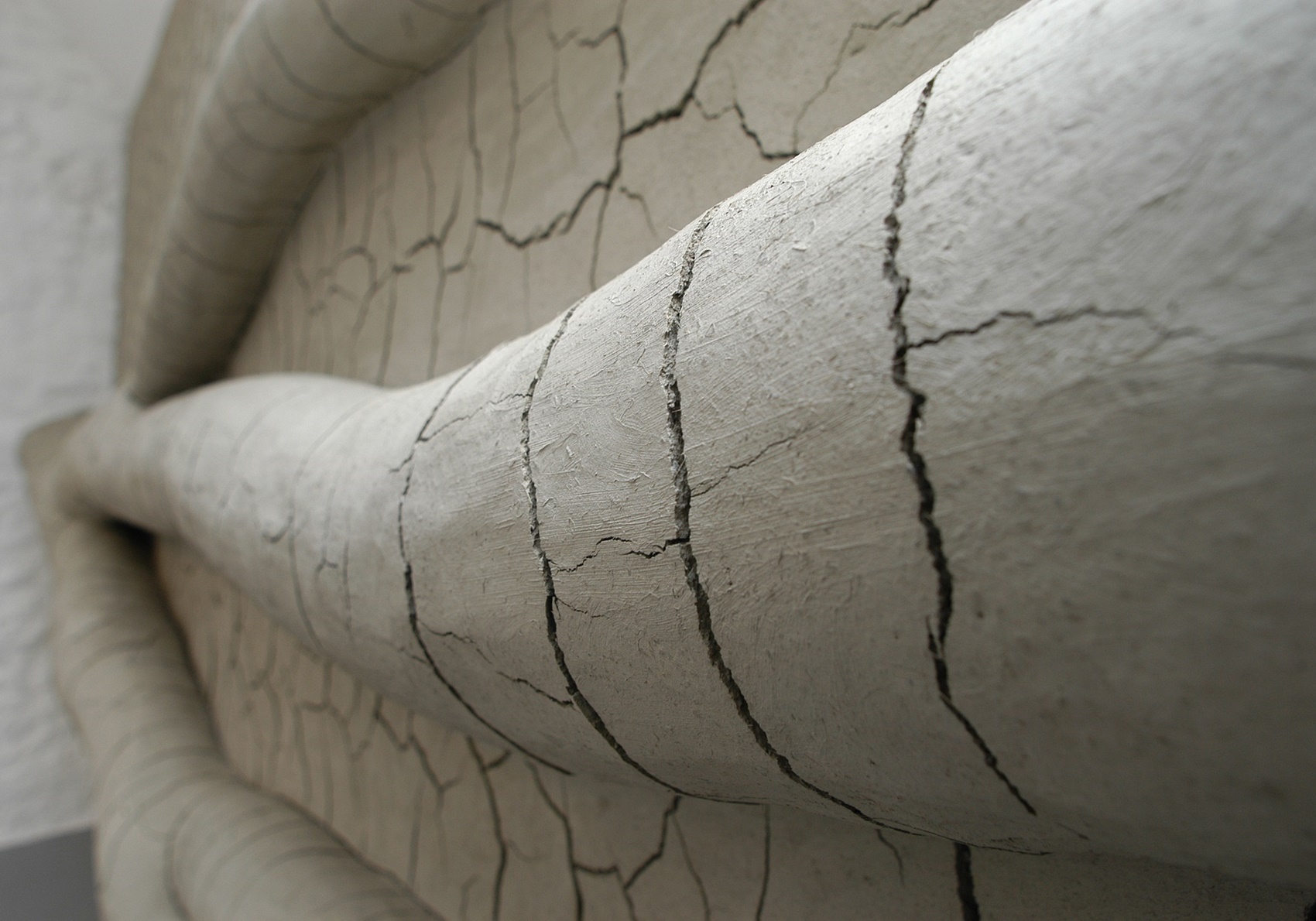 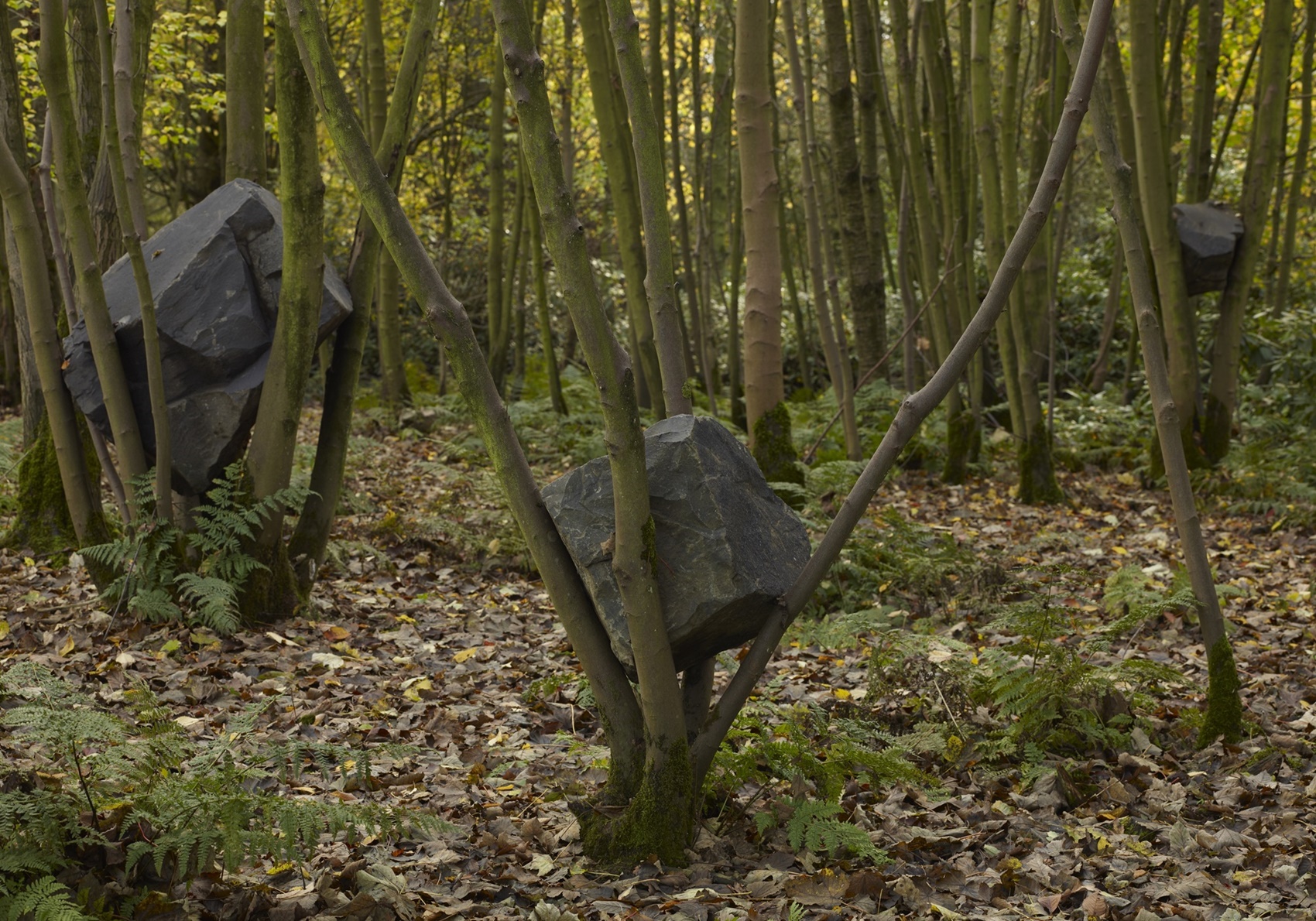 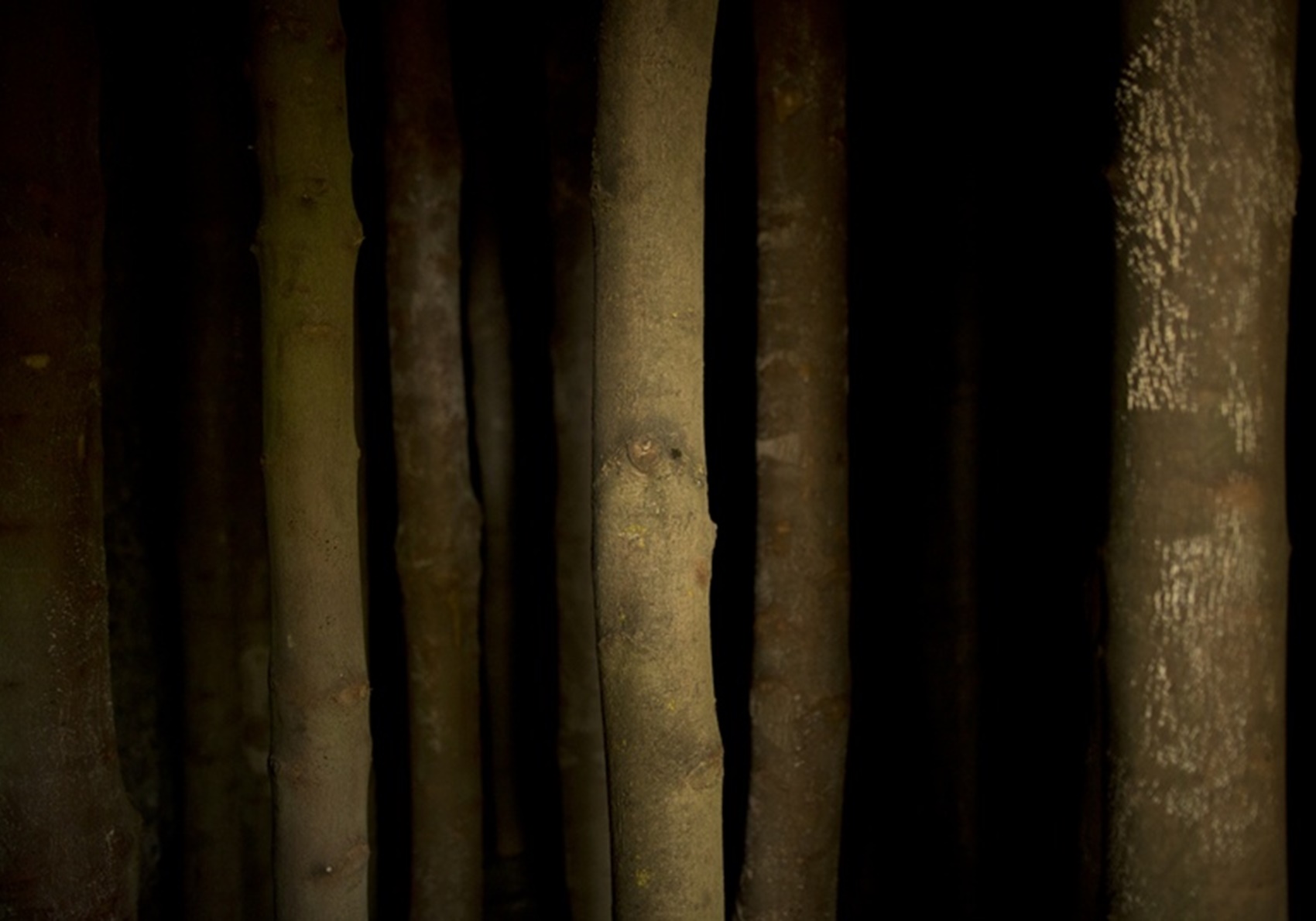 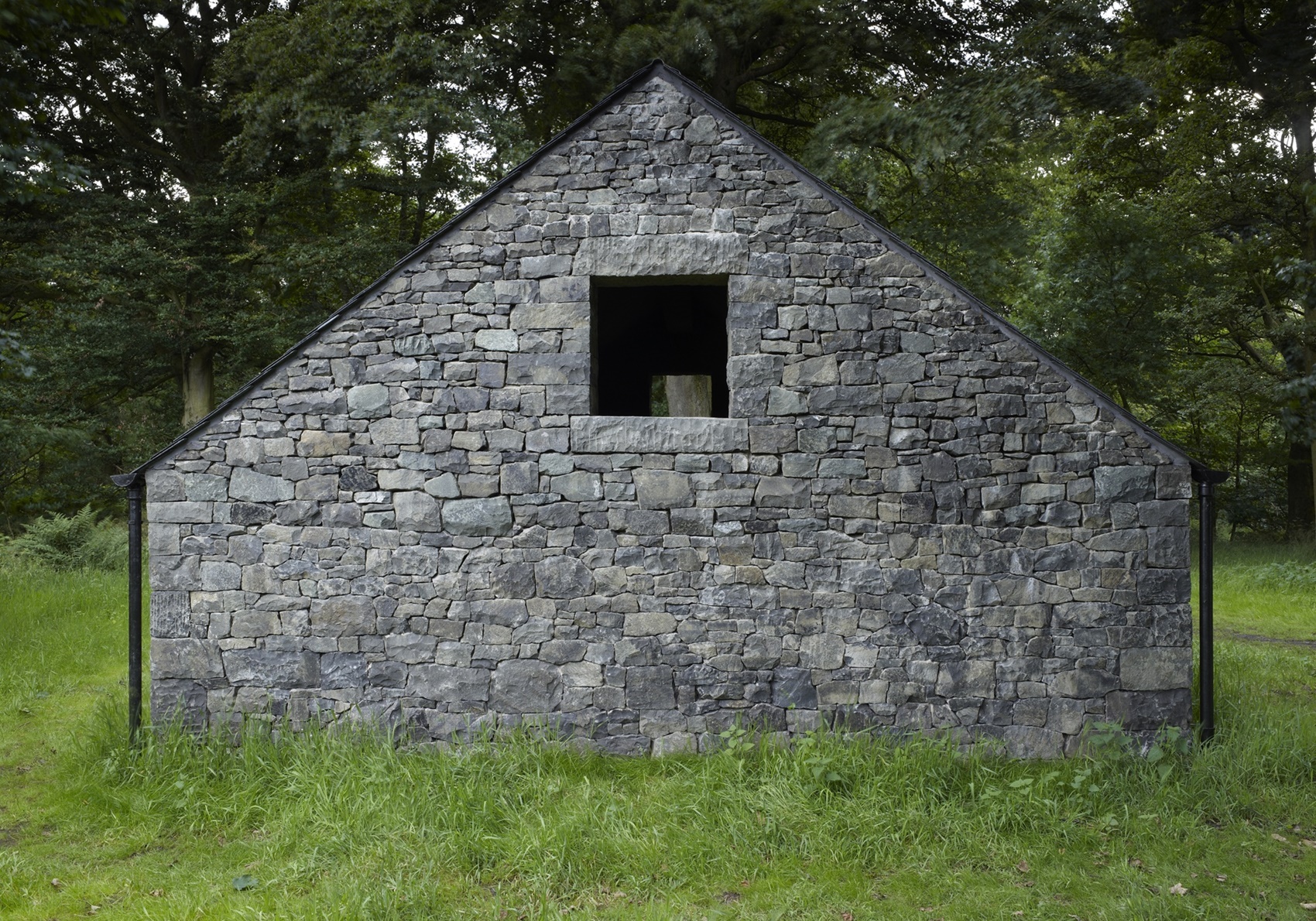