Coppice Room is made up of a crop of tree trunks form the Jupiter Artland grounds which the artist installed inside of a previously derelict building. The tree trunks run from floor to ceiling, giving the viewer the impression that they are entering not just a dense wood but the tree itself. 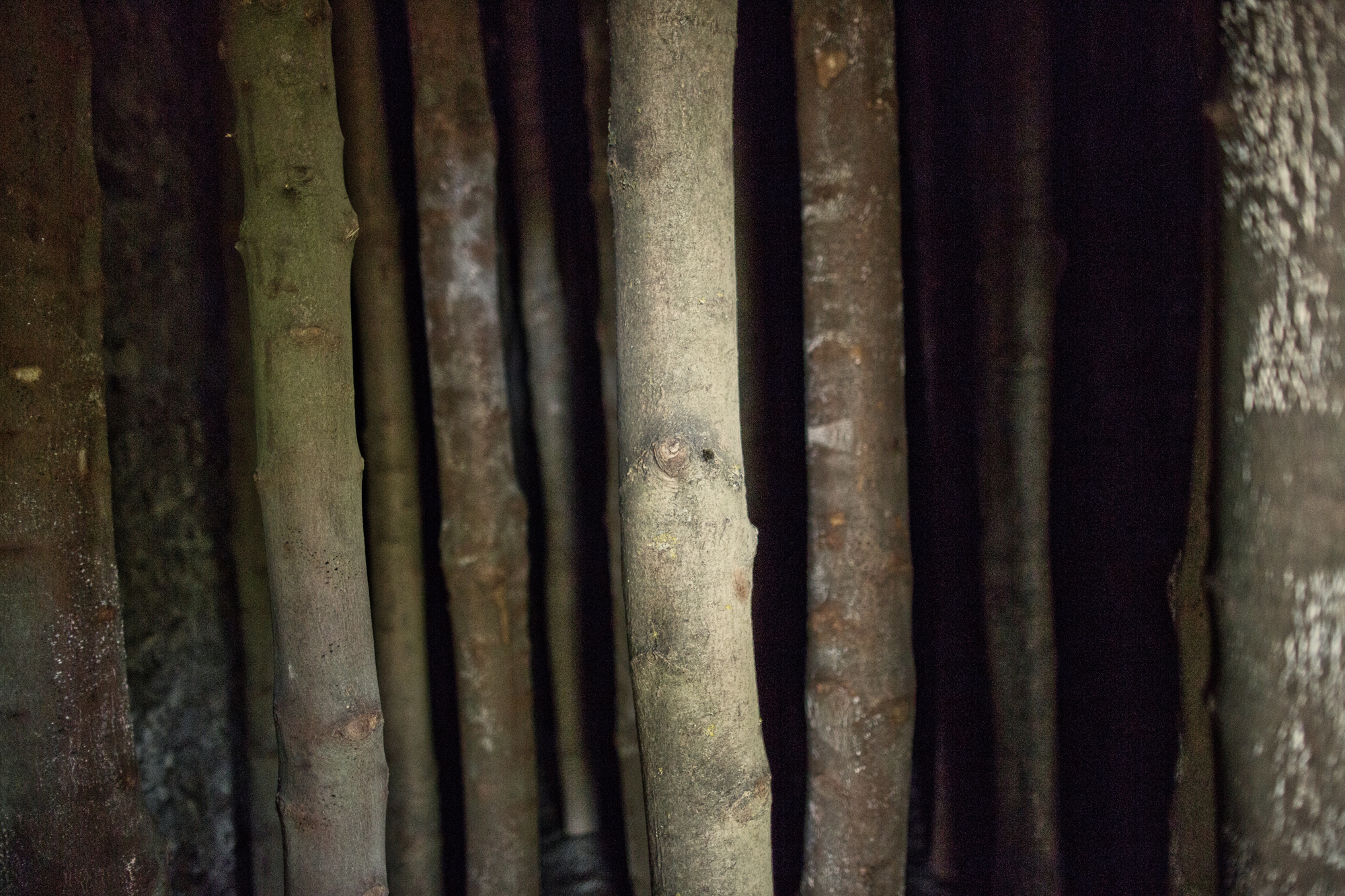 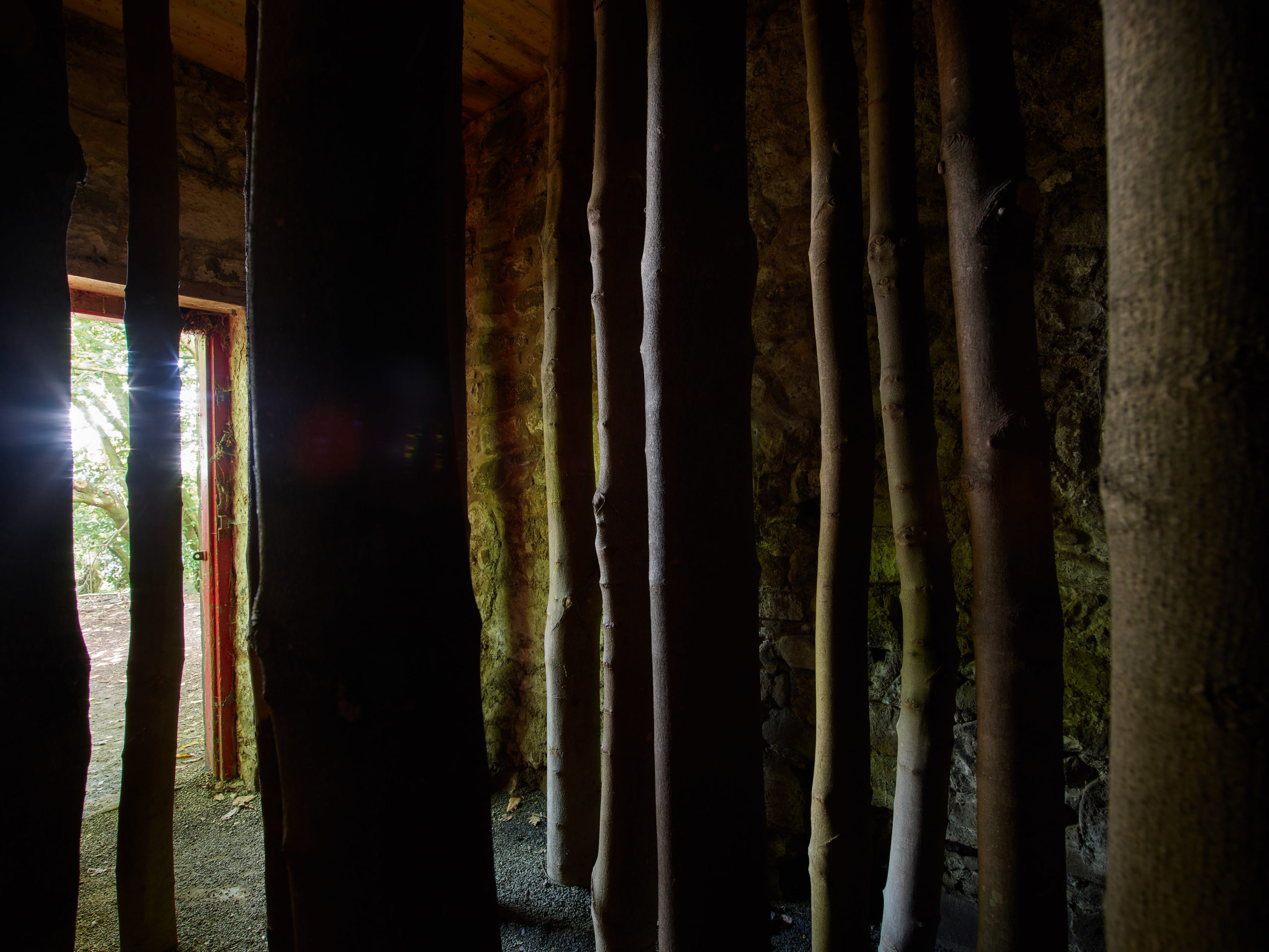 Coppice Room was formed from Goldsworthy’s realisation that a derelict building made ‘a perfect site for a work that relies for its success at least partly on the experience of encountering the unexpected.’

Goldsworthy noted that by creating Coppice Room, he wanted to make a building connected to Jupiter Artland’s wood in the same way that Stone House (Bonnington) connects to its bedrock.

“Coppice Room remains a hidden place to come across almost by chance. The way a work is approached, the space it occupies and the atmosphere it creates are critical to its success. At Jupiter Artland, the works are allowed to speak for themselves.”
Andy Goldsworthy 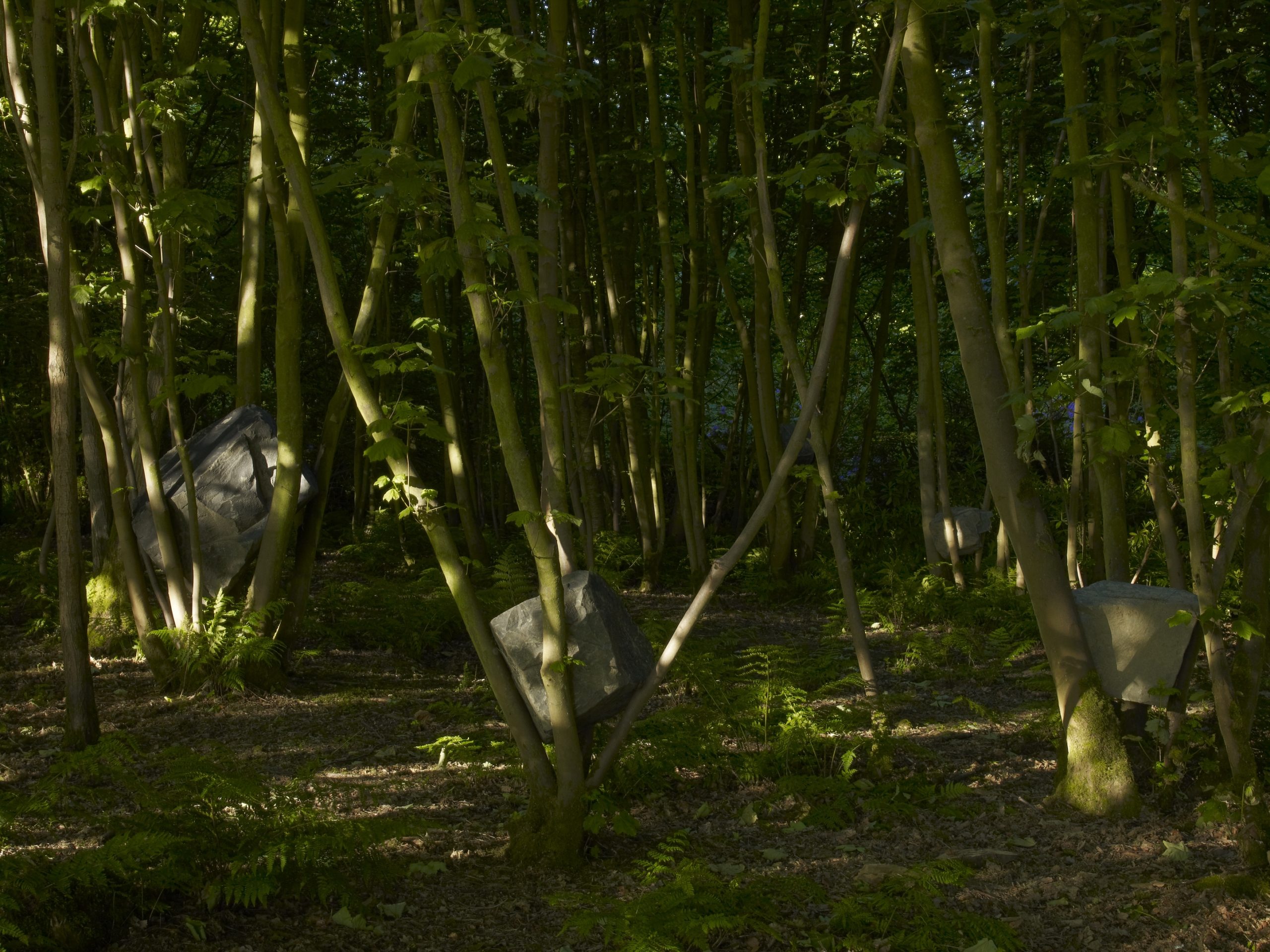