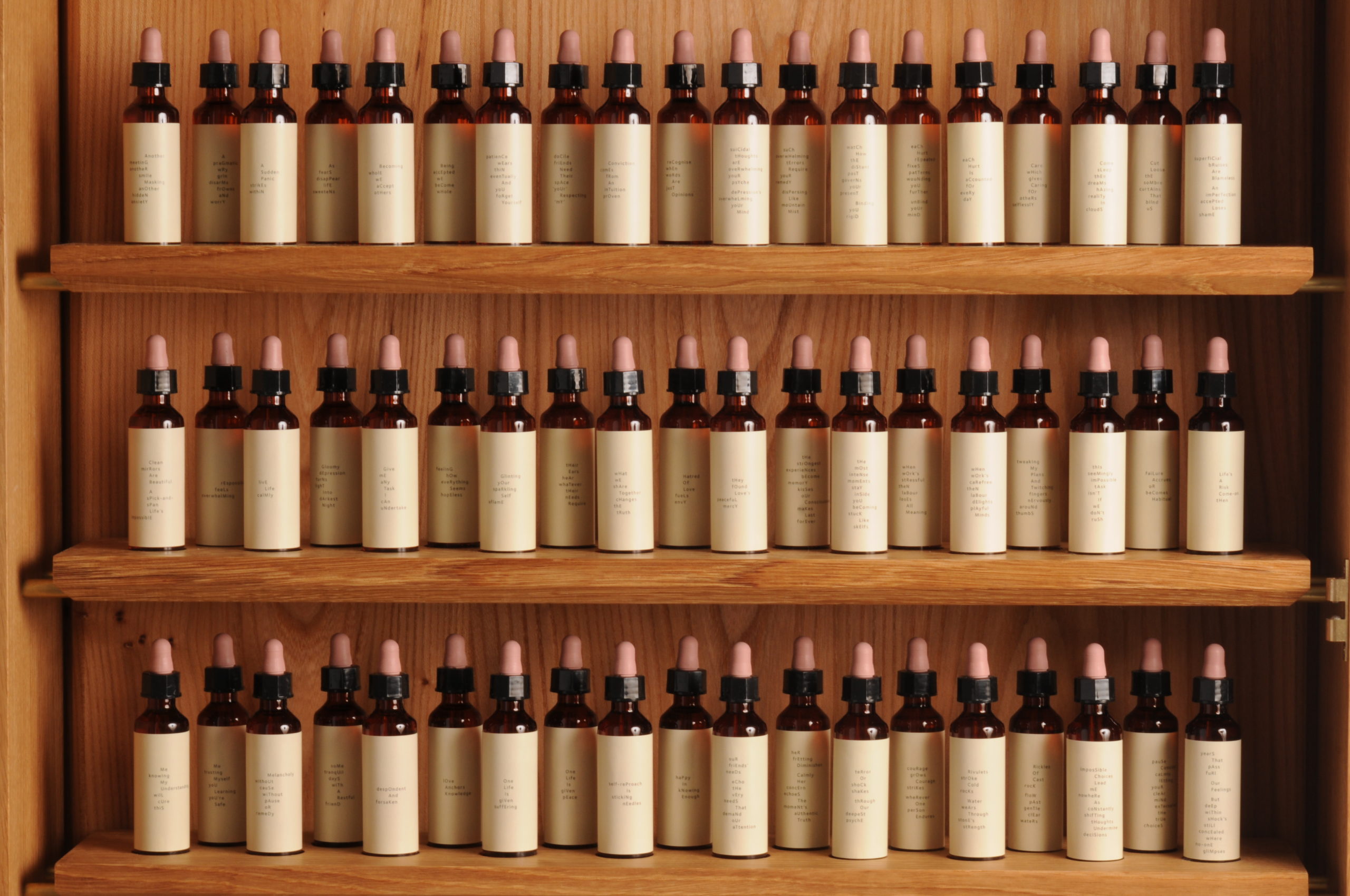 Mesostic Remedy comprises a pair of mesostic poems for each of the thirty-eight original herb remedies that were created by Dr Edward Bach (1886-1936). Printed onto labels for a set of Bach’s remedies and presented in a wooden wall cabinet, the poems reflect the negative and positive characteristics ascribed to each remedy. 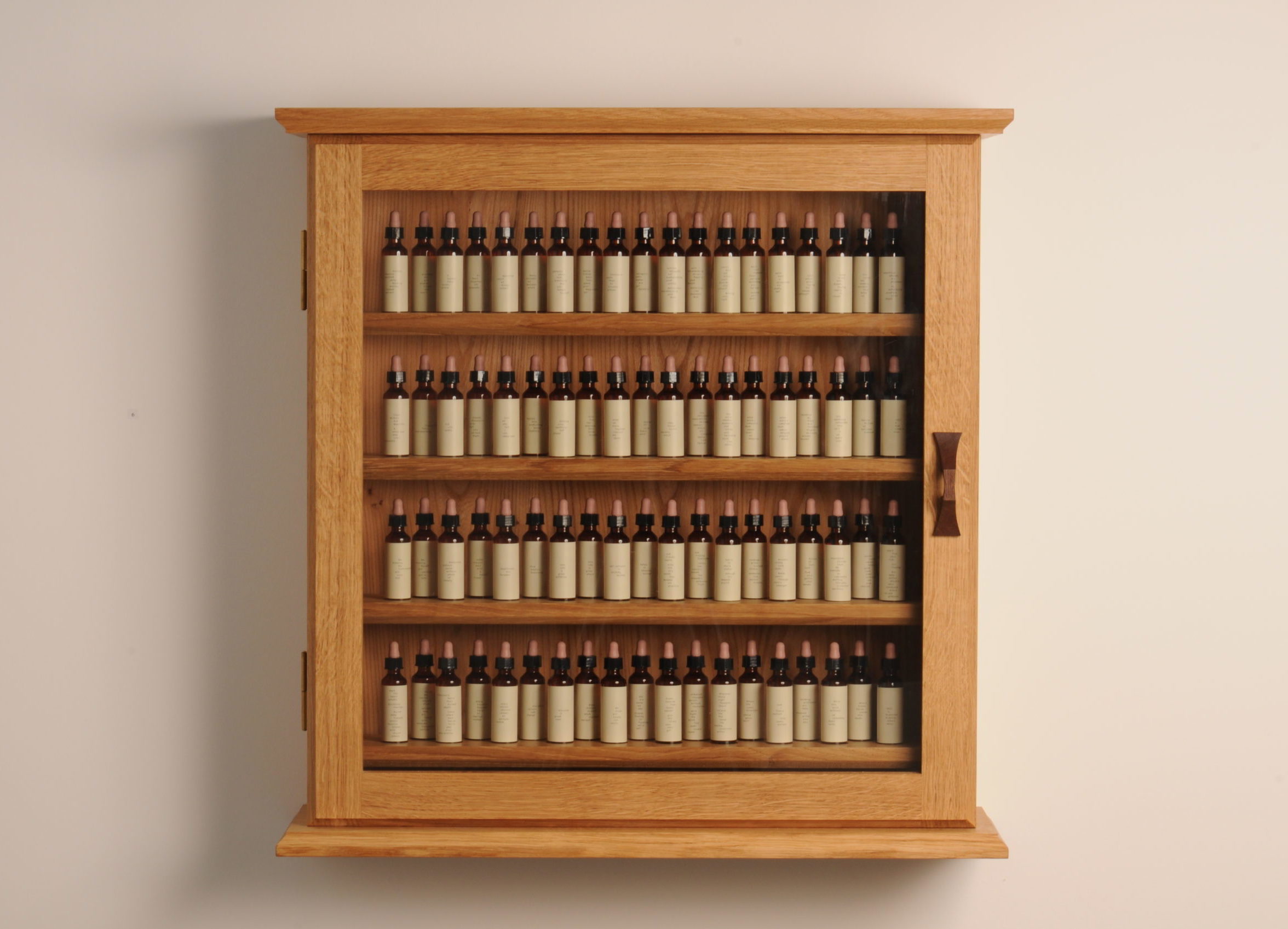 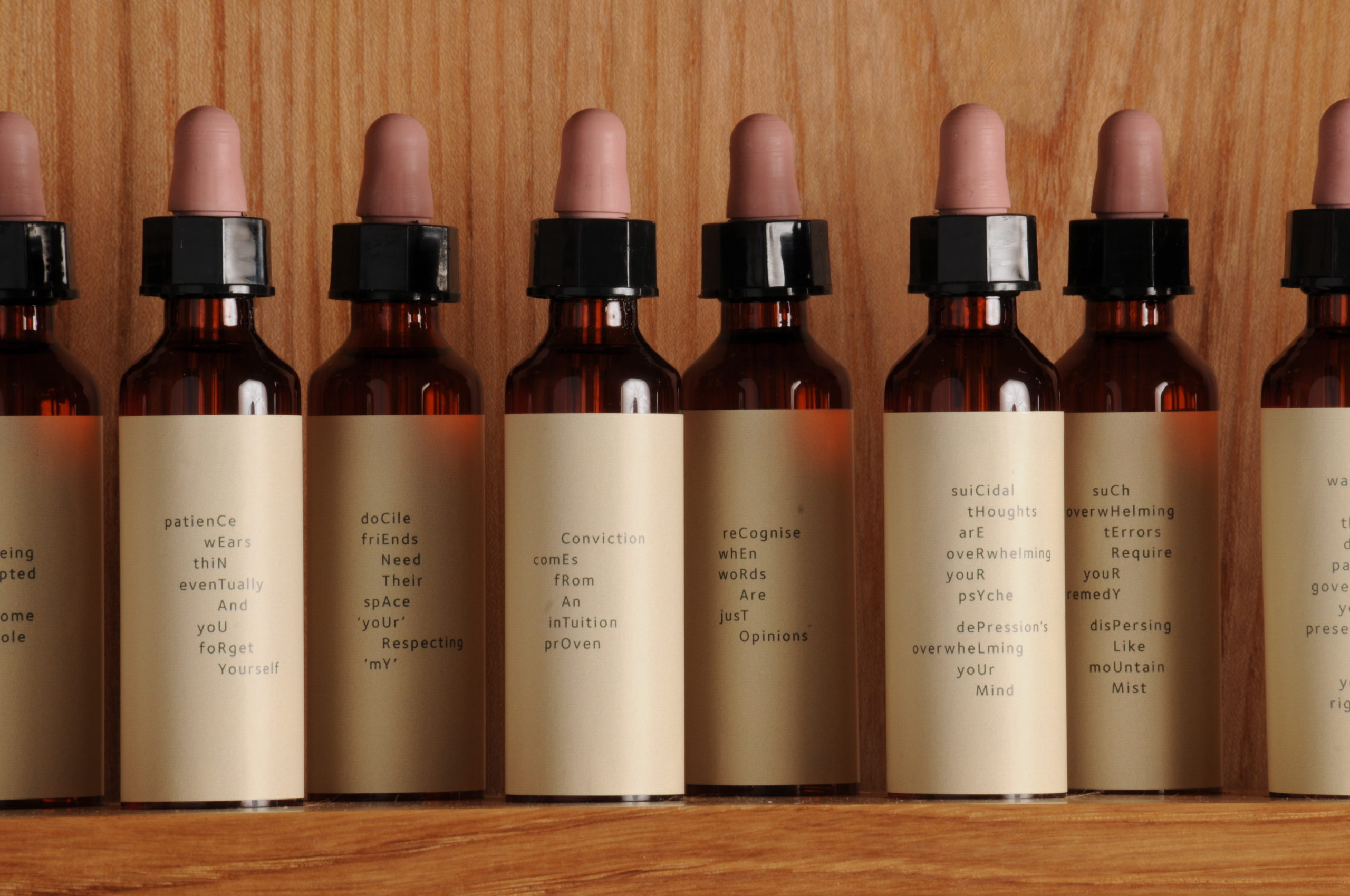 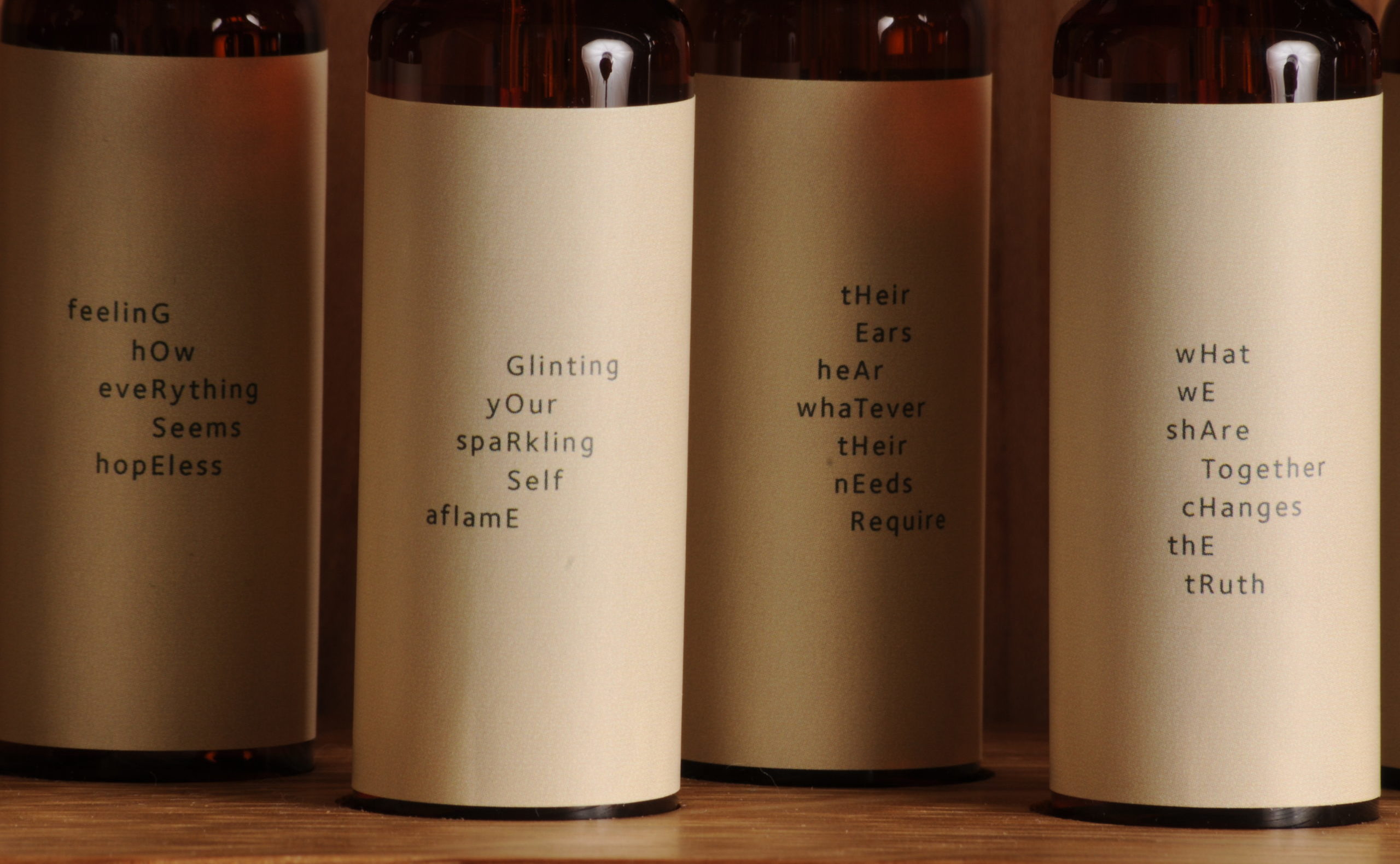 A ‘mesostic’ is composed of horizontal word branches emerging from the trunk of a name. Finlay’s mesostics have been published in Mesostic Remedy, a book by Jupiter Artland in which the poems are accompanied by illustrations of each flower by the artist Laurie Clark.

Dr Bach was a bacteriologist, physician and pathologist whose philosophy of homeopathy highlighted the relationship between mental states and physical illness. Given the connection between Bach’s homeopathic remedies and the work of Robert and Nicky Wilson, Mesostic Remedy is something of a site-specific intervention. 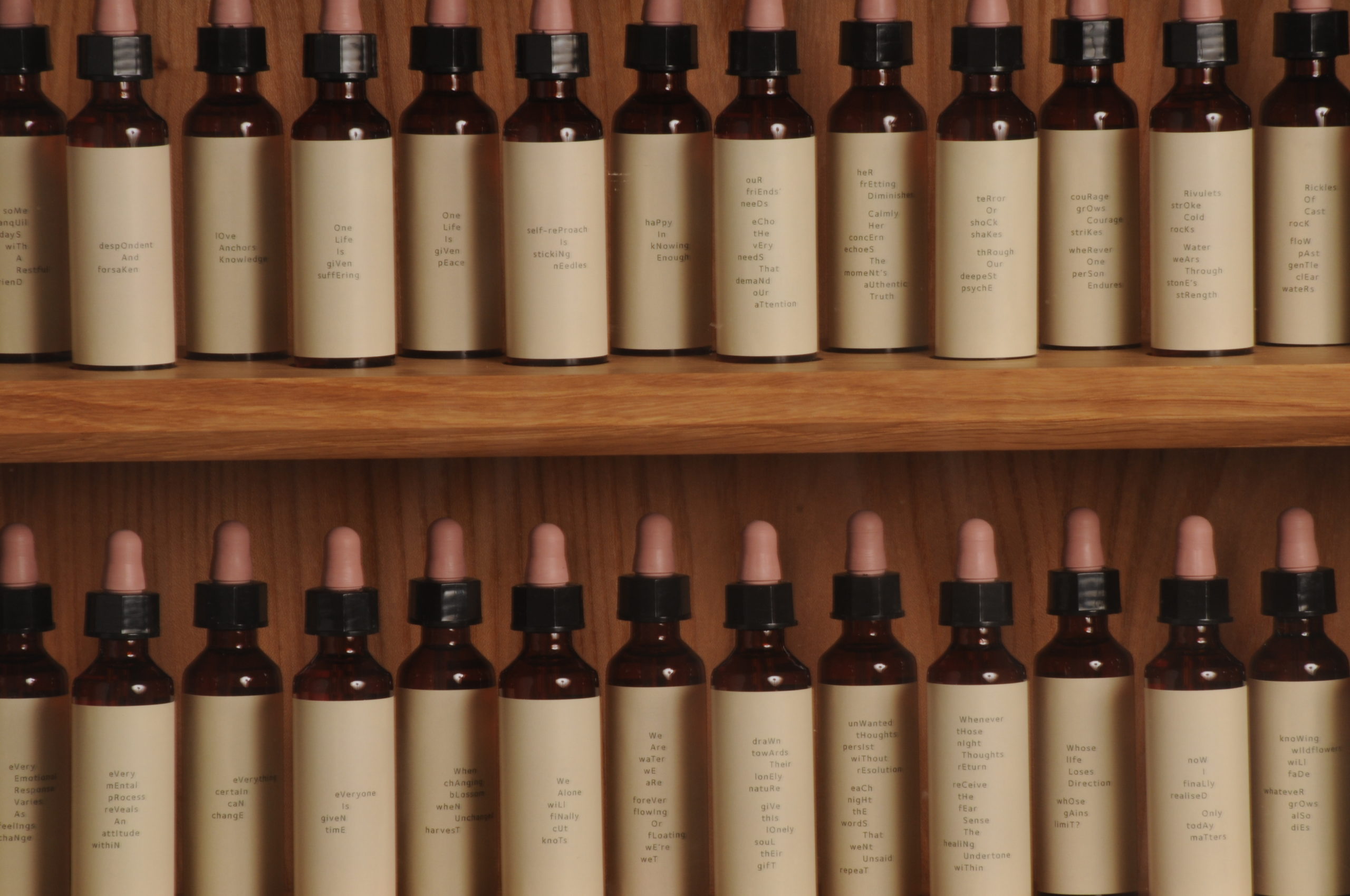 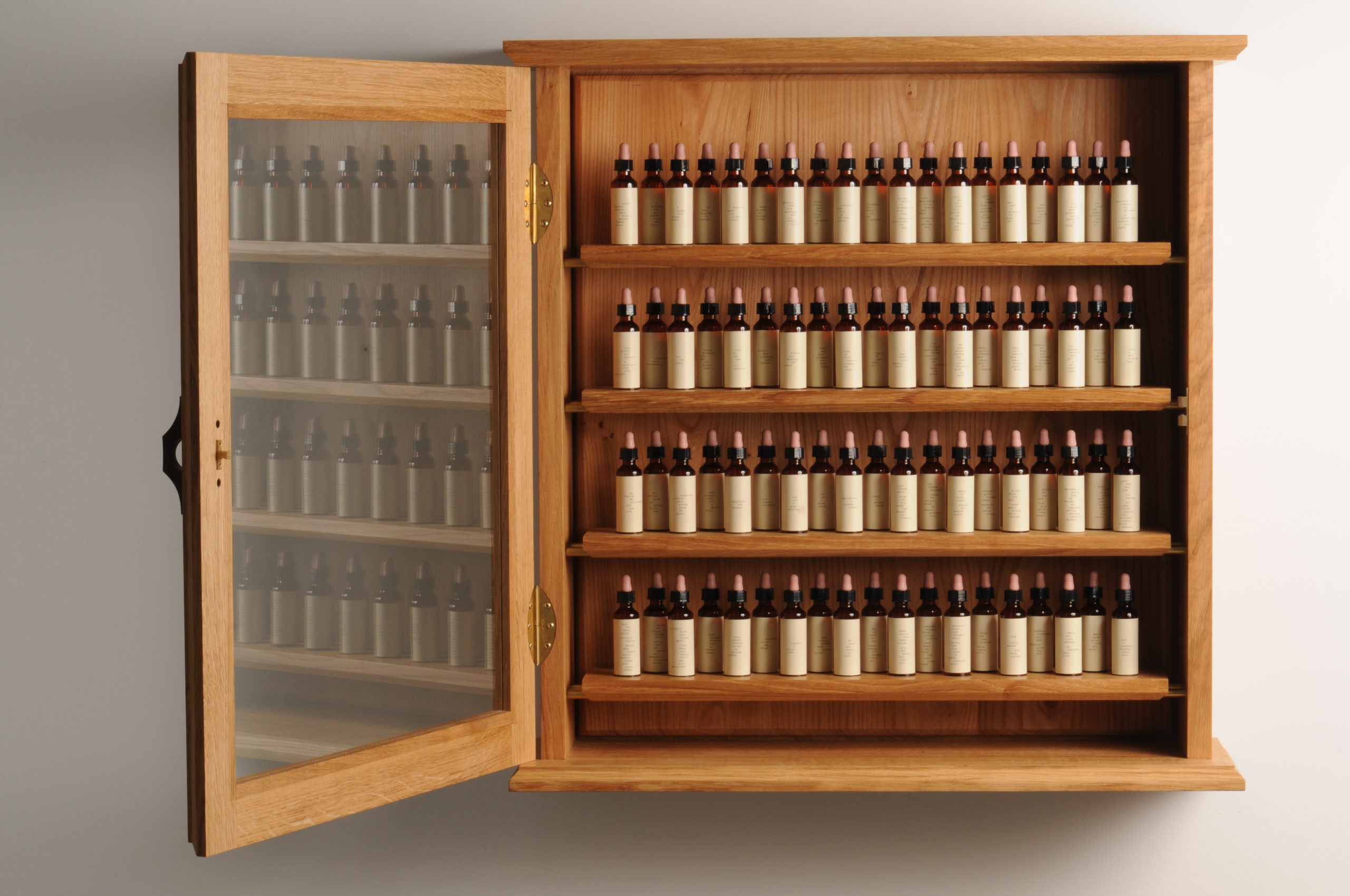 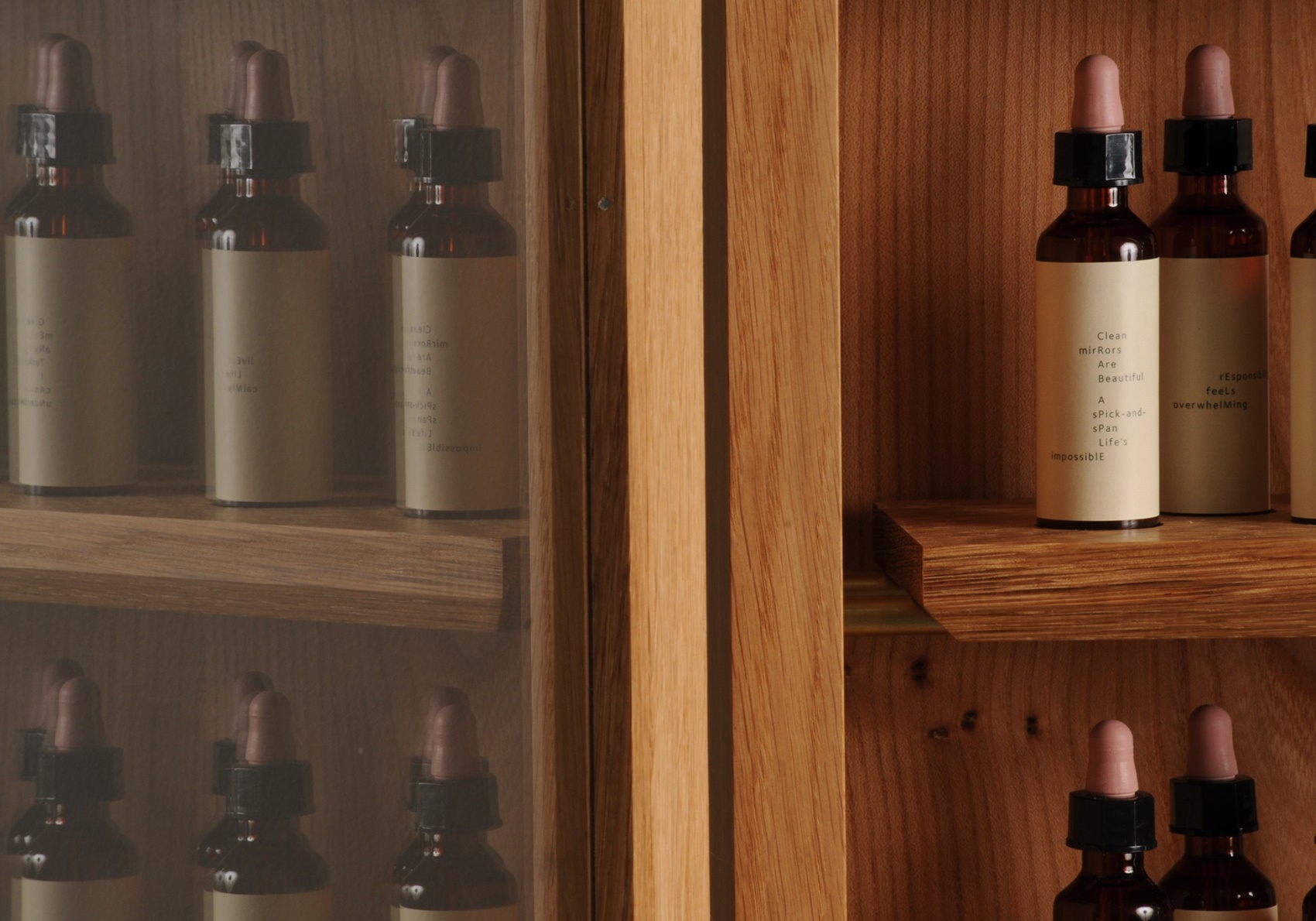 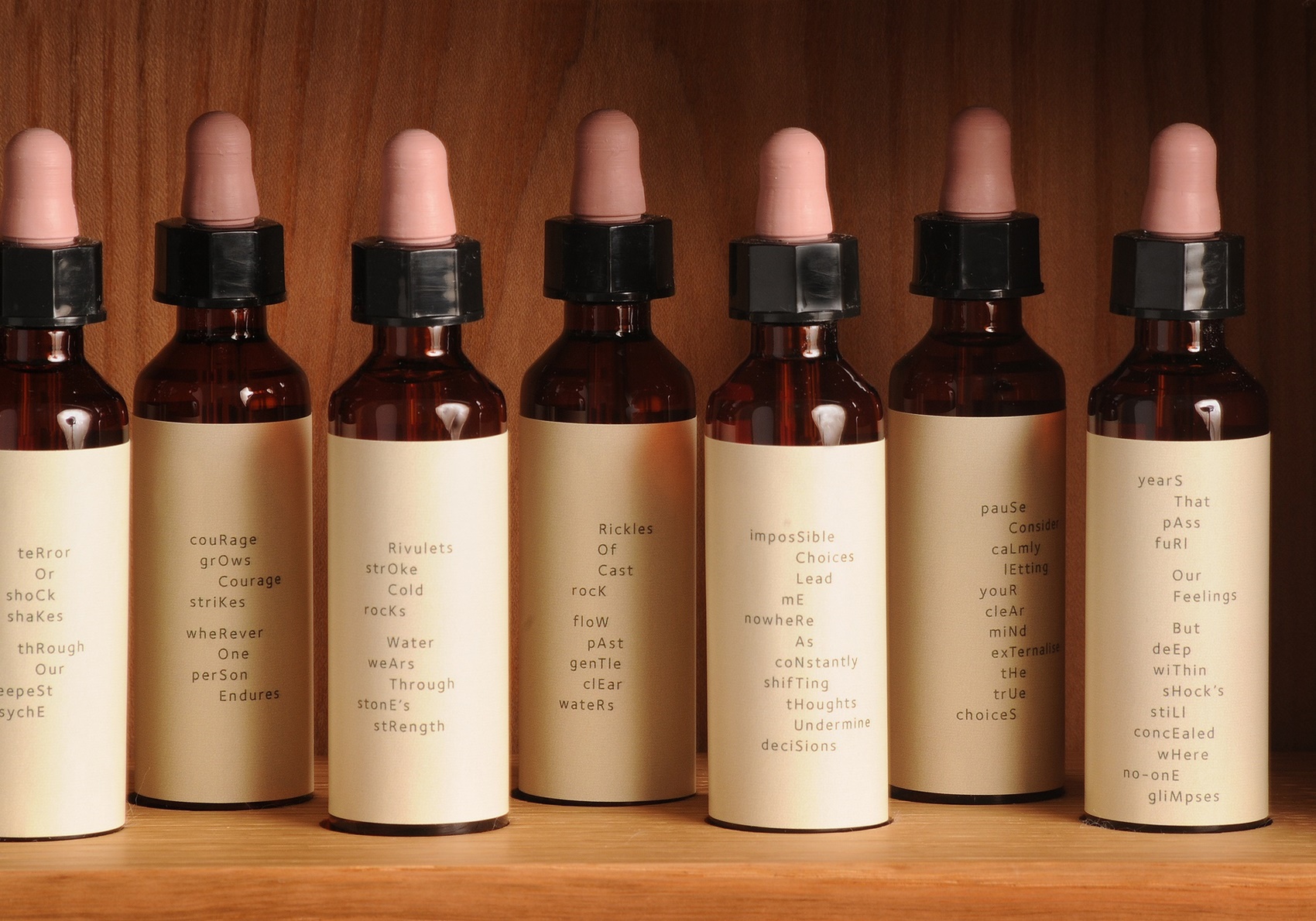 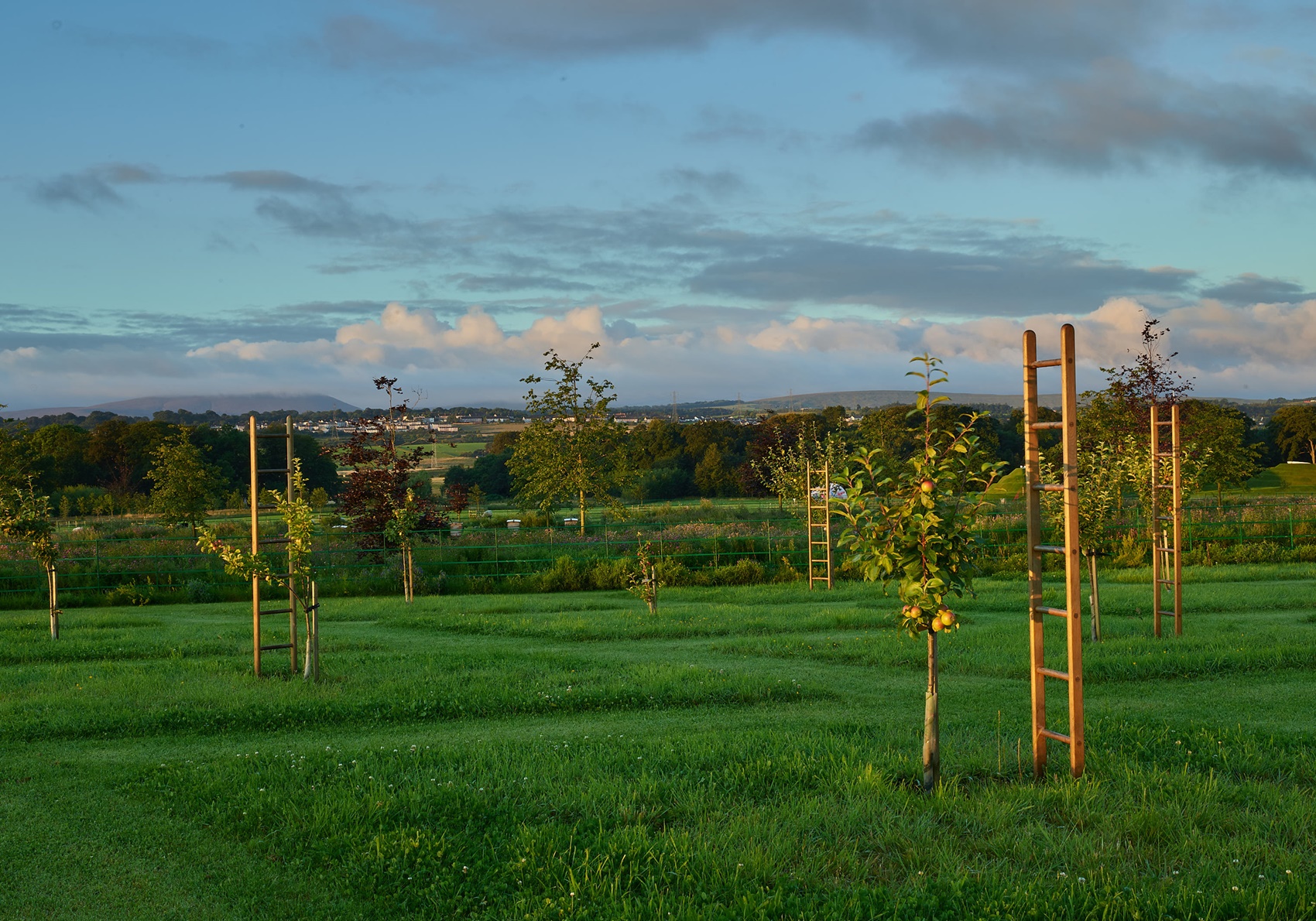 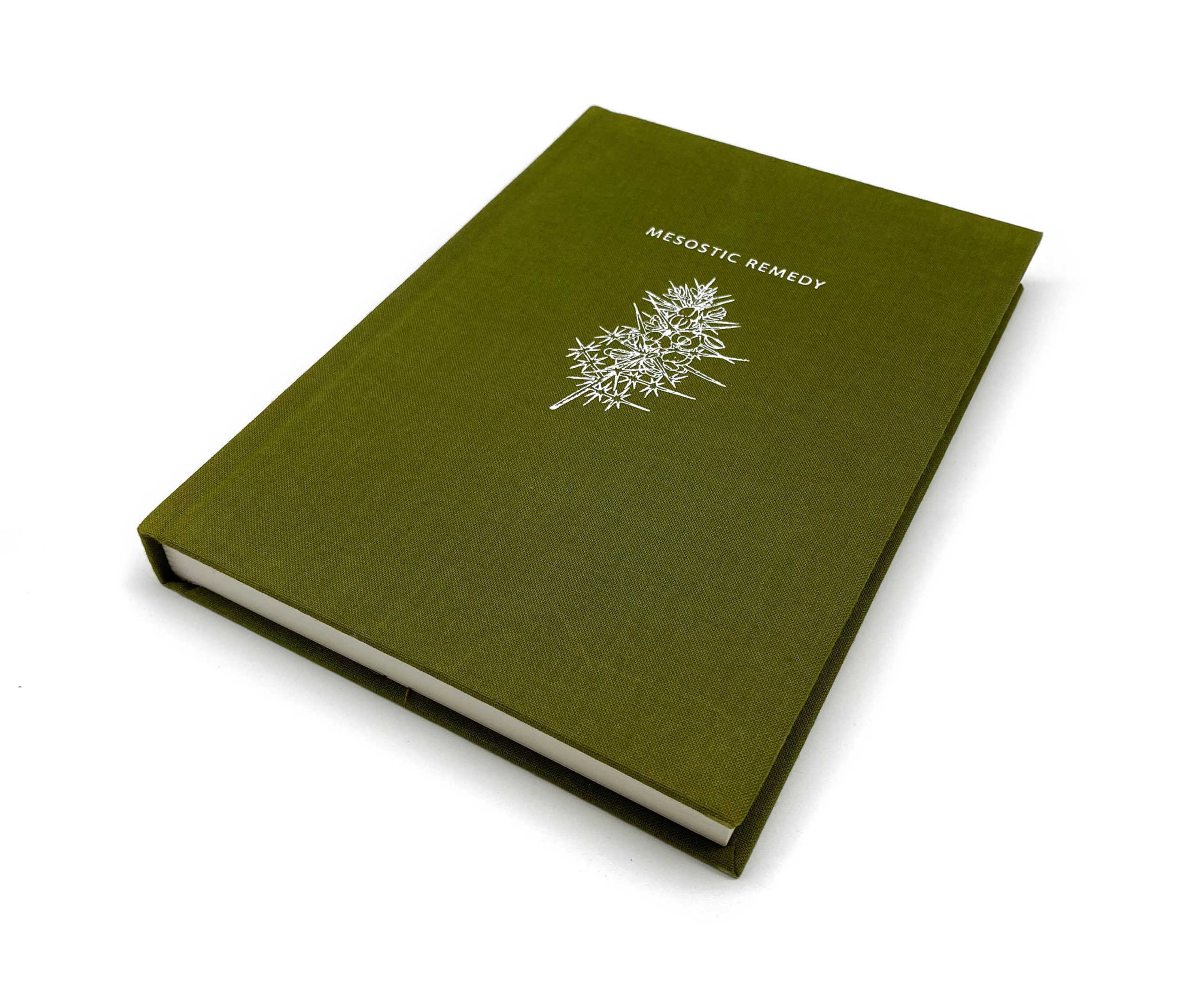 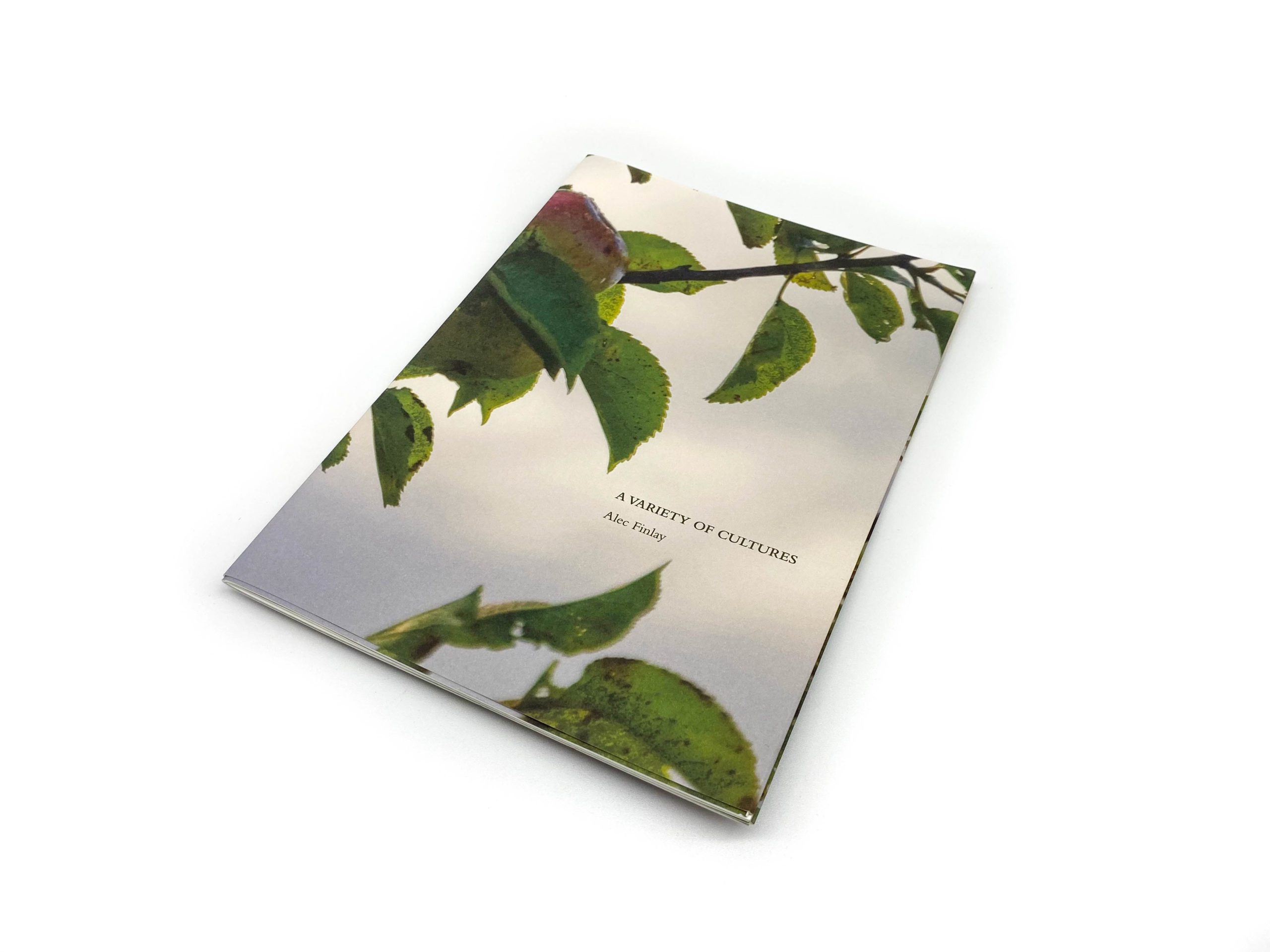