The World Upside Down Talk Series

In a world turned upside down by the COVID-19 pandemic, the BLM movement and the climate crisis, and to coincide with the unveiling of Rachel Maclean’s permanent commission Mimi, Jupiter Artland programmed The World Upside Down, a series of talks aimed at providing teenagers, parents, carers and young people with information on everything from body image and mental health to social activism.

Bringing together activists, mental health experts, artists and writers, The World Upside Down was aimed at creating frank and open discussions about the pressures facing young people today.

The first talk of The World Upside Down series was given by influencer and motivational speaker Harnaam Kaur.

Video of talk coming soon!
We are working hard to make the video accessible to all. Please bare with us whilst we add subtitles.

Harnaam Kaur is a body positivity warrior, motivational speaker, model, world record holder and activist. Born and raised in England, Harnaam has Polycystic Ovarian Syndrome and spent a lot of time during her youth, removing body hair to avoid taunts from her peers. At the age of 16, after being driven to self-harm and attempted suicide, she decided that she would instead embrace her body in all its glory. The resulting self-love brought a positive change in her life, which she now shares with the world in the form of education, public speaking, modelling and media. Harnaam uses her profiles on Instagram, Twitter, Facebook and Youtube to contribute to numerous body-positive campaigns.

After her talk, Harnaam was joined by Sophie Amono and Sarah Robertson for a panel discussion. The panel was chaired by Claire Feeley, Head of Exhibitions and Learning at Jupiter Artland. 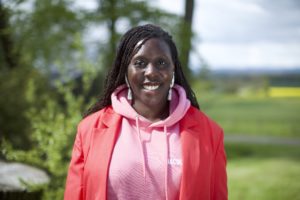 Sophie is a social media consultant, social entrepreneur and inclusion and diversity advocate. Sophie is the founder of ethical skincare social enterprise PERF and social media agency, Stuffs, a female-led creative studio that produces social media campaigns for brands across the UK and Europe. Her path to agency ownership was born out a desire to fill the gap she saw in ethnic minority and female leadership within the creative industries and her personal efforts are focused on advocacy work with underrepresented groups. She is also an inclusion and diversity council member at the British interactive media association, where she helps to drive impactful change for creatives in Scotland, women and ethnic minorities within the media, digital and technology industry. 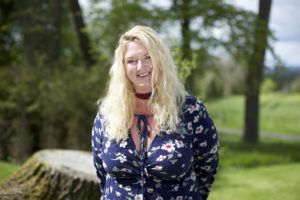 Sarah is the health and wellbeing lead at YouthLink Scotland, she co-ordinates the Health & Wellbeing in Youth Work Network and links with national partnerships around mental health. She oversees the SCQF Participative Democracy Certificate and delivers national training on Youth Work Approaches for partners and Recognising & Realising Children’s Rights. She also supports the YouthLink Scotland Events & Networks team to deliver the National Youth Work Conference and National Youth Work Awards.

Samaritans
Samaritans volunteers are there to listen. The phone line is free to call and available 24 hours a day, 7 days a week.
Tel: 116 123
samaritans.org

Getting Help
If you are worried about your own or a loved one’s mental health, seeking help early is the best way to get back on track. Shout 85258 is a free, confidential, 24/7 text messaging support service for anyone who is struggling to cope.